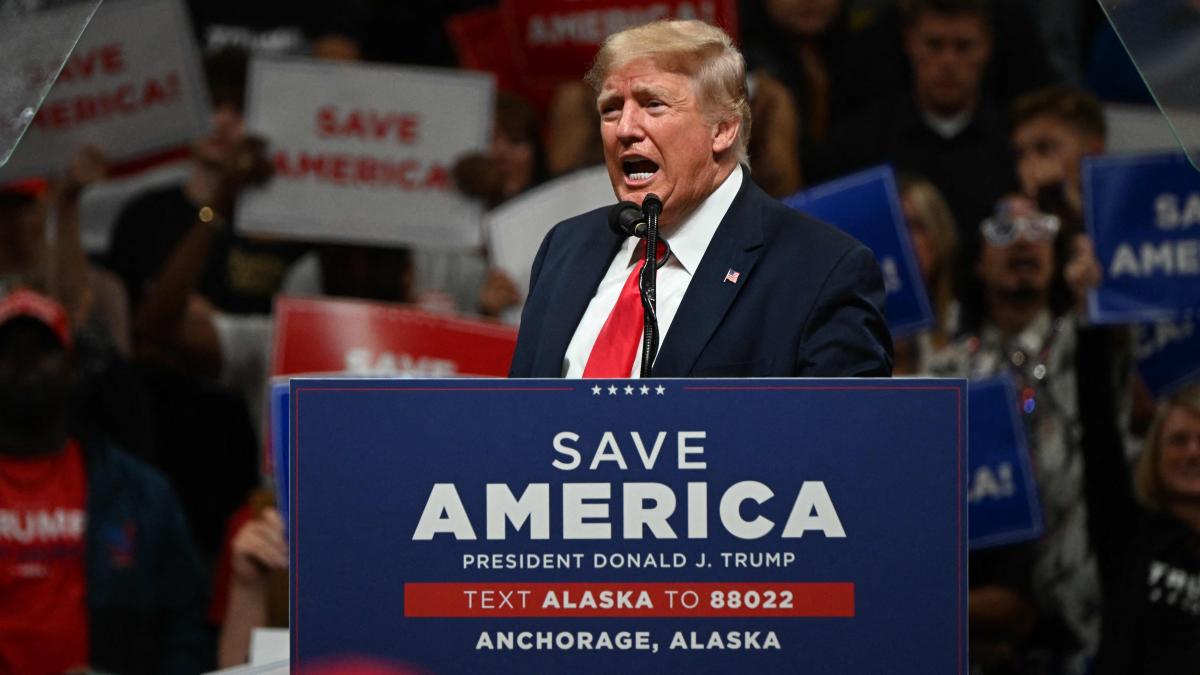 “We’re going to have a little more beachfront property”

During a campaign appearance in Anchorage, Alaska, Donald Trump pokes fun at climate change. He has heard that the oceans will rise by an eighth of an inch (almost 0.32 centimeters) in the next 300 years: “We have bigger problems than that.”

Dhe former US President Donald Trump has mocked the worsening climate crisis. “We’re going to have a little more beachfront property, which isn’t the worst thing in the world,” he said Saturday night (local time) at a campaign appearance in Anchorage, Alaska. “I’ve heard that the oceans will increase by an eighth of an inch in the next 300 years. We have bigger problems than that.” Trump left open what the source of this number should be. Congressional elections are due in the United States in November.

During his campaign appearance in Alaska, Trump left open whether he wanted to run again in the 2024 presidential election. He merely announced: “We will take back our magnificent White House.” Trump repeated his refuted claim that he was cheated of his victory in the 2020 election.

Trump has repeatedly doubted whether climate change is man-made – such doubts have been scientifically refuted. The Republican had withdrawn the United States from the Paris climate protection agreement during his tenure. His democratic successor Joe Biden immediately reversed the step after taking office at the beginning of last year and led the USA back into the agreement. Biden has declared the fight against climate change as one of his most important goals.

Abortion law in the United States

During his appearance in Alaska, Trump declared his support for former vice presidential candidate Sarah Palin, who is running for a seat in the US House of Representatives. Trump called on voters to send the “great, legendary Palin” to Washington. Palin was the butt of ridicule during the 2008 election campaign when, as a vice presidential candidate, she claimed she could see Russia from her home in Alaska.

Palin appeared briefly alongside Trump on Saturday night. “We love you,” she said to the ex-president. “We need you back.” Trump announced that the Republicans would regain control of the House of Representatives in the congressional elections. Referring to House Speaker Nancy Pelosi, the 76-year-old Republican said, “We’re going to end mad Nancy Pelosi’s political career once and for all.”