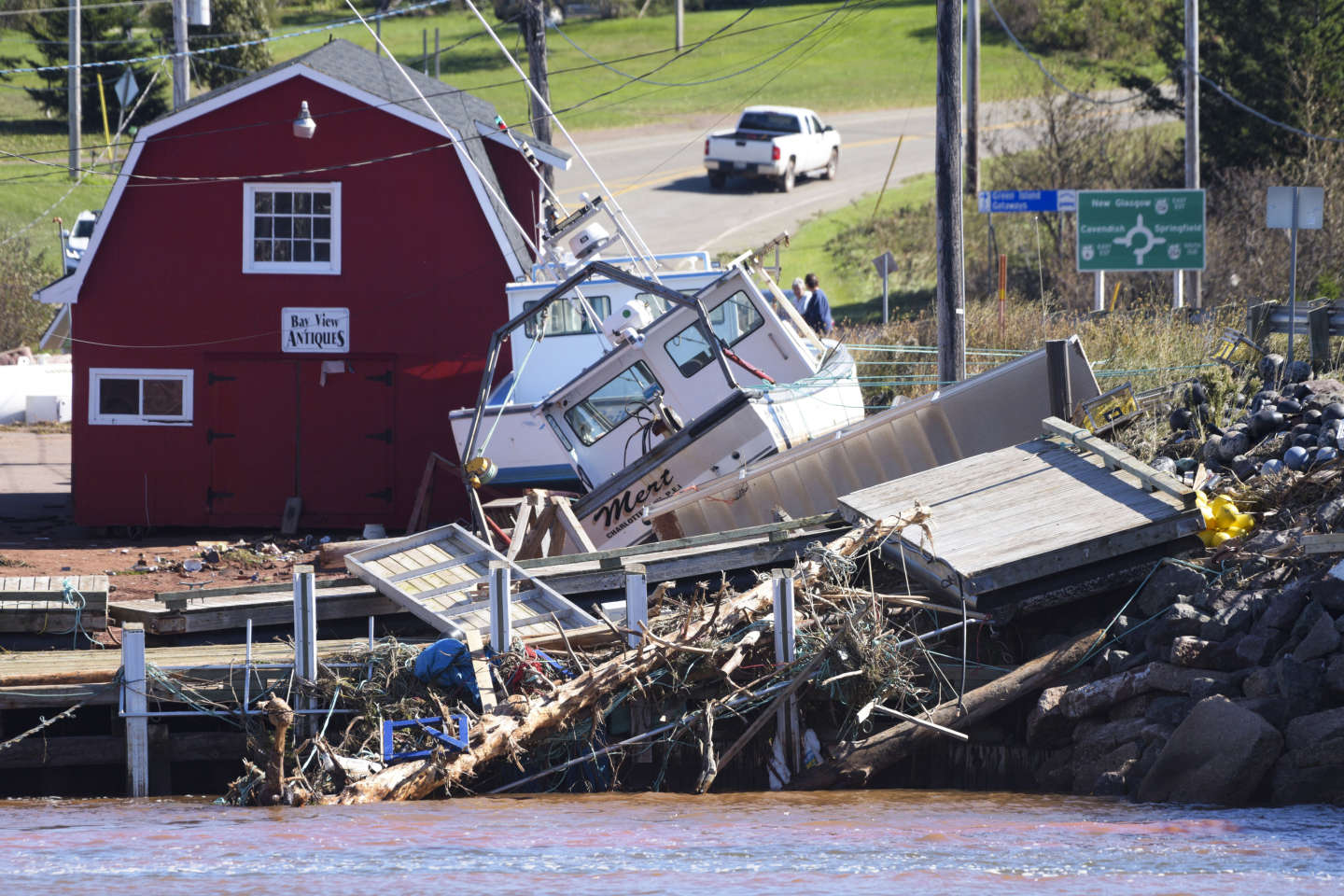 Hurricane warnings were lifted on Sunday, September 25, in Canada but the passage of Fiona – now a post-tropical storm which weakens as it goes north – left a“huge” damage on the Atlantic coast of the country, and caused the death of two people, according to the authorities.

On Sunday afternoon, the province of Prince Edward Island announced a death, while in the province of Newfoundland, rescuers found the body of a 73-year-old woman floating in the water. , washed away by the ocean on Saturday during the storm. The victim came from the small town of Channel-Port-aux-Basques, in the province of Newfoundland. There, more than twenty homes were ripped away by the raging ocean and two hundred residents evacuated, according to Mayor Brian Button. The victim had apparently taken refuge in his cellar when the waves invaded everything.

“A War Zone”said the mayor to describe his city. “We need to give ourselves some time. We cannot go back to normal in a day”he explained via Facebook Live, while his city bears the marks of the passage of Fiona: heaps of debris, metal barriers twisted by the gigantic waves…

Some 320,000 people remained without power in five provinces as Fiona knocked down trees and ripped roofs off. Hundreds of employees worked to restore power, while the army helped clear the roads. “At the end of the day, it will be the storm that has caused the most damage we have ever seen”commented Tim Houston, the premier of one of the most affected provinces, Nova Scotia, on CBC News.

See Also:  Attempted kidnapping and assault was recorded at a Clearwater, Fl store

The hurricane had already killed at least seven people last week, including four in Puerto Rico, two in the Dominican Republic and one in Guadeloupe.

While Canada is licking its wounds, Florida (United States) and Cuba are preparing for the upcoming arrival of storm Ian. The latter should turn into a hurricane on Monday morning, and become a hurricane ” major “ Monday evening or Tuesday morning before reaching western Cuba, the National Hurricane Center (NHC) has already warned.

The organization issued a “hurricane alert” for several regions of Cuba (Isla de Juventud, Pinar Del Rio, and Artemisa), as well as for the largest island in the British territory of the Cayman Islands, Grand Cayman, which Ian is expected to pass by on Monday.

NHC classifies as hurricanes “major” those whose winds reach at least 178 km/h, i.e. categories 3, 4 and 5 of the so-called “Saffir-Simpson” scale, which has five in total. The hurricane is then likely to inflict damage “devastating”damaging houses, uprooting trees and disrupting the supply of water and electricity.

Ian should go up, via the Gulf of Mexico, towards Florida which has already begun to take precautions. NASA has given up on the takeoff scheduled for Tuesday of its new mega rocket for the Moonfrom the Kennedy Space Center located in this southern state of the United States.

US President Joe Biden has given up on a trip that should have taken him to Florida on Tuesday, and placed the state under the regime of ” emergency state “which unlocks federal aid, while Republican Governor Ron DeSantis on Twitter called on residents to ” take precautions “.

In various localities of the State, the authorities began to distribute sandbags to protect the houses vis-a-vis the risk of floods. “Now is the time to prepare. Do not wait before it’s too late “tweeted Jane Castor, mayor of Tampa, a city located according to the NHC on the trajectory of Ian.

The World with AFP