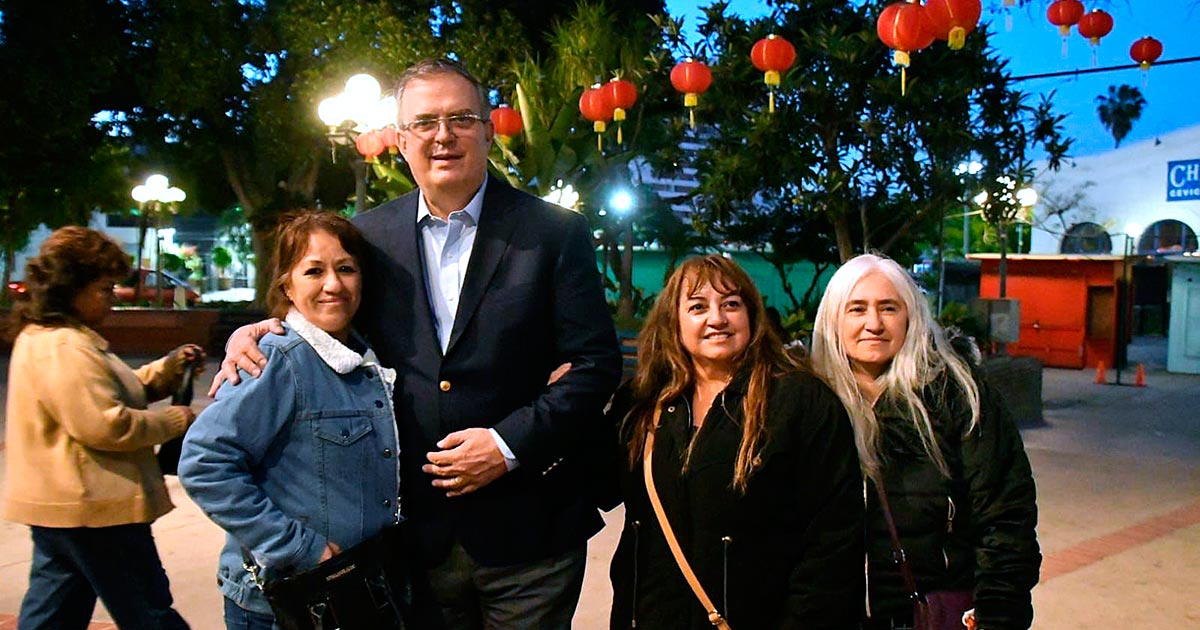 The Secretary of Foreign Relations (SRE), Marcelo Ebrard, is in Los Angeles, California, where this morning he met with the mayor of Los Angeles, Eric Garcetti, officials and businessmen from this region.

The Mexican foreign minister was accompanied by the head of the Unit for North America, Roberto Velasco; the head of the Office of the SRE, Daniel Milan, and the consul general in Los Angeles, Marcela Celorio.

With the Archbishop of Los Angeles, José H. Gómez, President of the Episcopal Conference of the United States. It has been an immense support for migrants and the poorest. We agree on the fight to stop arms trafficking. I’m going now to a meeting with Mayor Garcetti. pic.twitter.com/zj3XDVRUOn

During the meeting with Mayor Garcetti, the Deputy Mayor for International Affairs, Nina Hachigian, and the Director of International Trade and Investment, Cristina Peterson, were present.

The meeting aimed to advance the collaboration between Mexico and this city in the United States in commercial, tourism, sports, arts, climate, civil protection and energy, based on the agreement signed in 2019 that launched the MEXLA joint work strategy.

Last night, the Mexican foreign minister was received by the Archbishop of Los Angeles, president of the Episcopate Conference of the United States, José Horacio Gómez, with whom he spoke about the support of the church in the protection of the Mexican community, the largest in this country. of North America and the litigation that the Government of Mexico maintains against arms manufacturers for their “negligent” trade that is the cause of violence in our country, the Foreign Ministry reported.

Ebrard took time to walk through the famous Placita Olvera, a meeting place for the Mexican community with whose members he dialogued for several minutes.

In Los Angeles, California, a population of over 4 million people from Mexico is estimated.