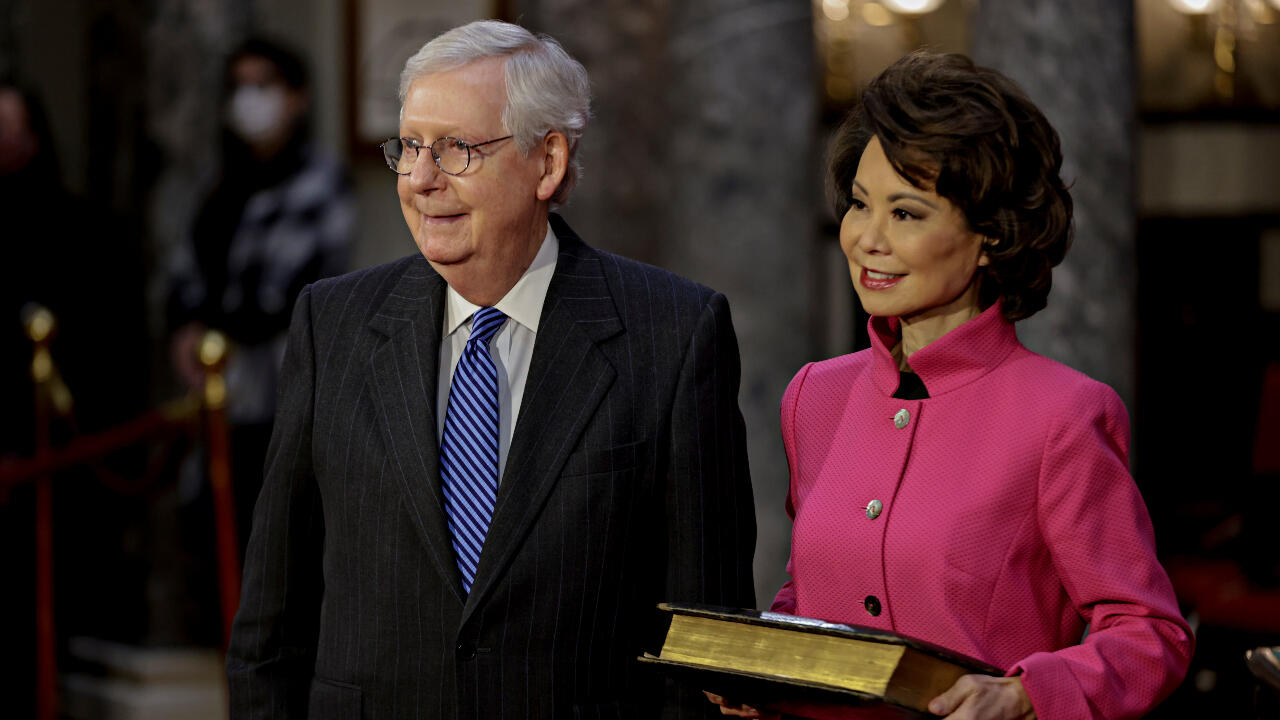 Elaine Chao joined a growing list of members of the Government who left their position in rejection of the events of this Wednesday, January 6, in the Capitol, when supporters of President Donald Trump stormed the premises during a session to certify Joe’s victory. Biden in the November elections.

13 days after Donald Trump, defeated in the elections last November, leaves office and makes the transition to a new government, several members of his team decided to step aside early, in an act of clear distancing of the republican magnate.

The last to do so was Elaine Chao, Secretary of Transportation, wife of Senate Majority Leader Mitch McConnell, who also rejected the violent events.

Chao said that the attack on the Capitol was something that he could not ignore: “It has deeply concerned me in a way that I simply cannot put aside” and added that his resignation would be effective from Monday, January 11, but also He emphasized that he would do his best to help his “announced successor, Mayor Pete Buttigieg, take responsibility for running this wonderful department.”

The ultimate blame for yesterday’s events lies with the unhinged criminals who tried to disrupt our government and with those who incited them. But this fact does not preclude our addressing the shocking failures in the Capitol’s security posture and protocols. My full statement: pic.twitter.com/2oJljGDiU8

Elaine Chao was Secretary of Labor and Undersecretary of Transportation for previous Republican presidents. He headed his current department for four years and until December 31 he had confirmed to journalists that he planned to stay in his post until the day of the transition.

See Also:  18 JC Penney stores will close in May, here is the complete list - unomásuno.com.mx

Before Chao, on January 6, Deputy National Security Adviser Matt Pottinger abruptly resigned, recognized as a leading figure in the development of Trump’s policy in China.

Also resigned were Ryan Tully, director of European and Russian Affairs at the National Security Council, and Mick Mulvaney, a former White House chief of staff who left his post as special envoy to Northern Ireland.

After the assault on the Capitol, Trump tries to contain the violence

The last two weeks of the ‘Trump era’ in the White House pass in a tense environment for the president, after the unsuccessful action of a group of Republican congressmen who, in a final attempt to contest the election, objected to the results of Arizona , state that gave the victory to Joe Biden.

The objection forced a debate in Congress to decide whether there was grounds for rejecting the result. A harassed legislative meeting that had to be interrupted in an emergency by the assault of Trump supporters on the building. The episode resulted in the death of four people.

After a tumultuous Wednesday, and after Joe Biden’s victory was finally certified at dawn on Thursday, January 7, Donald Trump promised an “orderly transition.”

According to an official who spoke on condition of anonymity to the Reuters news agency, the outgoing president’s remarks were in part an attempt to prevent further resignations.

But the television images that were broadcast worldwide will remain recorded as the events that marked the last breath of this presidential term, controversial and aggressive from beginning to end.