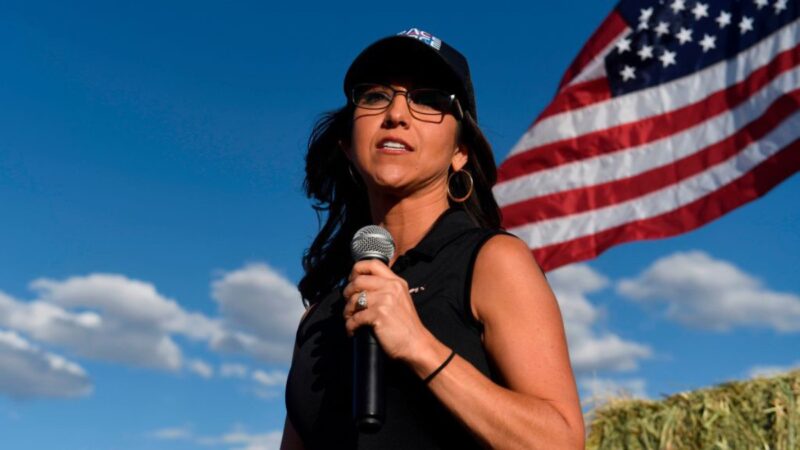 [Beijing time, December 26, 2020]The newly elected U.S. congresswoman, Colorado Republican Lauren Boebert (Lauren Boebert) issued an official statement on Thursday (December 24), she said The voters who will represent her oppose the results of the Electoral College at the joint meeting of Congress on January 6.

Bobert wrote on Twitter: “Under the guidance of the U.S. Constitution and my responsibilities to voters, I will oppose the results of the Electoral College vote on January 6.”

A news analyst and writer accused the newly appointed congresswoman, saying that she was performing “eye-catching symbolic behavior” in order to advance her congressional career.

Bobert responded to this: “In brief: I am not here for my own business. I am here to save our country from the hands of socialists.”

The newly elected Colorado Congressman is also an open supporter of the Second Amendment to the Constitution.

She said she would oppose the efforts of House Democrats to ban lawmakers from carrying guns in the Washington Capitol.

Bobert told Fox News: “Democrats always advocate depriving us of our constitutional rights. When we just want to exercise these rights, they feel threatened.”

She said: “I brought a gun to protect myself, and I want to exercise the right to do this in one of the most dangerous cities in the United States. They want to take this right from me immediately. I look forward to helping to ensure that they can’t do this. .”

In an interview in December, Bobert told The Epoch Times that she supported the president’s legal proceedings for the 2020 election results.

She said: “This is a highly competitive election. I think President Trump (Trump) should do his best to use all the power he has as President of the United States to ensure that we have a free and fair election. We need Investigate these allegations and we need to take them seriously.”

She added, “I believe that President Trump has the full legal right to do so, and I encourage him to do so. Our country does depend on it; our democracy depends on it; our republic depends on this election. If we Without amendment this time, no one will trust our electoral system anymore.”

The mother of four said that the president must take such action for the more than 70 million people who voted for him in this election, because many citizens have taken sworn testimony to prove that voters have committed fraud.

Alabama Republican Mo Brooks is leading an effort to challenge the results of the Electoral College. He has publicly promised to do so many times. More than 12 other Republican congressmen have indicated that they will join him.