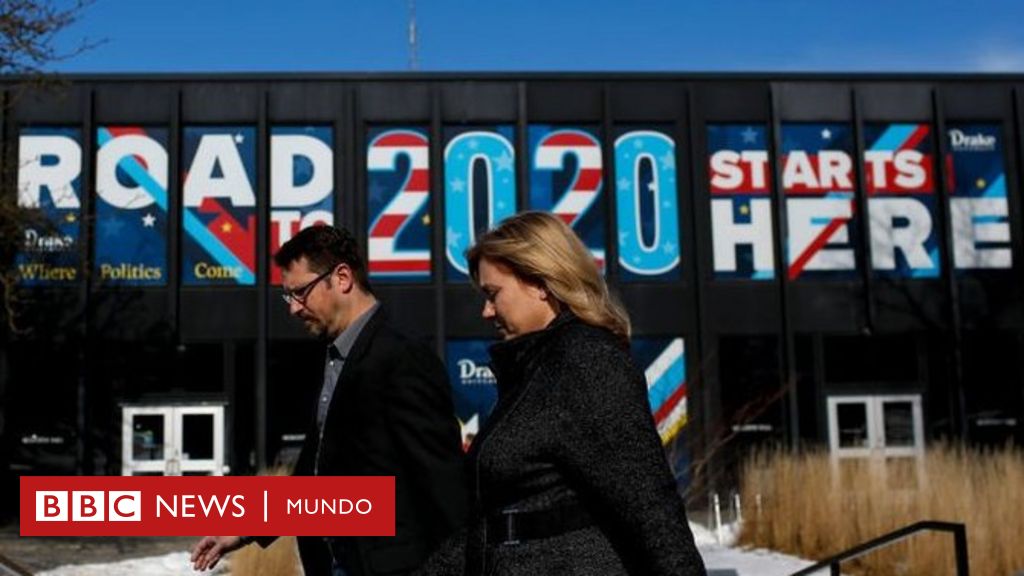 The electoral race to challenge Donald Trump for the presidency of the United States next November begins this Monday, February 3, with the Iowa caucus.

The election kicks off the Democratic Party primaries, which will culminate in Puerto Rico at the beginning of next June.

In most of the states, the pre-candidates must be measured in elections, but in four of them -Iowa, Nevada, North Dakota and Wyoming- the selection process is carried out through caucus.

But what does this consist of?

A gathering of enthusiasts

A caucus is a kind of popular assembly in which those people registered as voters of a certain party meet to choose the candidate.

These meetings are normally held in schools, churches or even in private homes, where the participants discuss the qualities of the applicants and try to convince the undecided.

The meetings can extend over several hours before the vote is taken, which can be carried out by mechanisms as simple as a show of hands.

After a first vote, candidates who get less than 15% of the vote are eliminated and their supporters have the ability to endorse any of the applicants still in the race or abstain.

These rules can vary by state and by party, since in some places the Republican Party also chooses its candidates in caucuses.

In 2020, to be nominated as the Democratic Party’s presidential candidate, any candidate must be able to obtain the support of 1,991 delegates during the National Convention that takes place after the primary process.

But Iowa only contributes 41 delegates for that election, a visibly small number, especially when compared to the 415 coming out of California.

Additionally, it should be mentioned that the preferences of voters in this Midwestern state do not reflect the trends of the average US voter, among other reasons, due to its low demographic diversity.

More than 90% of its inhabitants are white. but in the country as a whole this figure drops to 76%, according to the Census Bureau.

So why do Iowa’s results matter?

Although from the numerical point of view the results of Iowa may not have great weight in the choice of the Democratic presidential candidate, the fact that this is the first state to choose makes it a highly sought after victory by the applicants who see there the opportunity to give a boost to their image of winners.

Iowa became the first state on the US electoral calendar in 1972, but it began to gain importance from 1976, when the team of then-pre-candidate Jimmy Carter realized that his campaign could gain strength if he began his mobilizations in that state soon..

So it happened. Carter was victorious in Iowa, and by the end of the year he took over the presidency of the country.

Since then, every Democratic Party candidate for the White House – with the exception of Michael Dukakis in 1988 and Bill Clinton in 1992 – has launched their run for the presidential nomination with a victory in Iowa.

Next summer, when the Democratic National Convention enshrines Donald Trump’s competitor, we will find out if that historic trend continues.

Now you can receive notifications from BBC News World. Download the new version of our app and activate it so you don’t miss out on our best content.