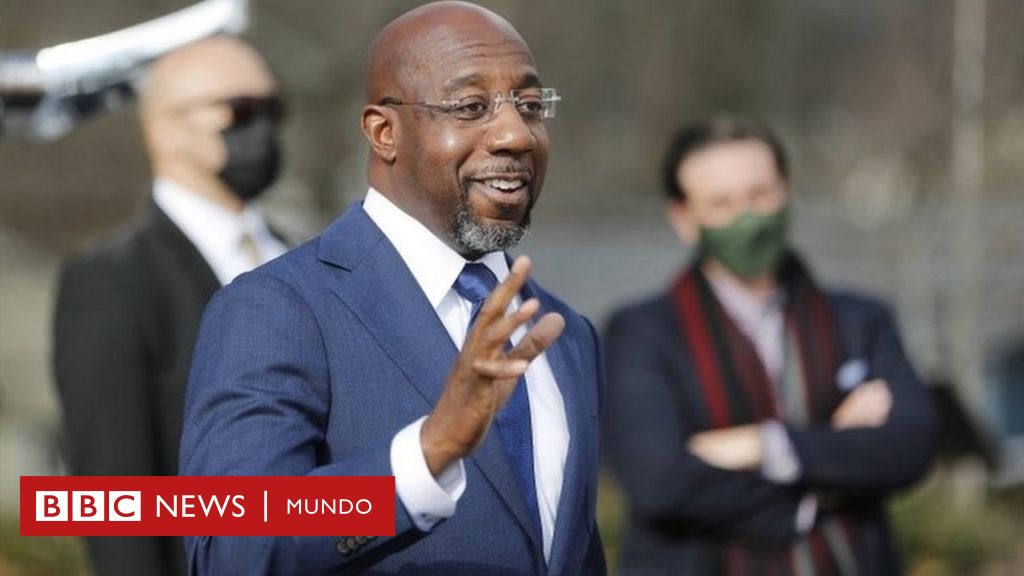 Two very even races until the end.

The state of Georgia in the United States held the elections on Tuesday to elect the two senators from this state, an election in which Republicans Kelly Loeffler and David Perdue face off to defend their current seat against Democrats Raphael Warnock and Jon Ossoff.

With 98% of the votes counted, US broadcasters project that Warnock beat Loeffler.

If confirmed, Warnock would become the first African-American senator in history in this southern state, one of those who positioned himself in favor of slavery in the Civil War.

Control of the Senate in the first two years of Democratic President-elect Joe Biden’s term will be determined by the outcome of these elections.

President-elect Democrats Joe Biden they already have a majority in the House of Representatives, and they need to win both seats to have control of the Senate and, by extension, Congress.

The President’s Republicans Donald TrumpFor their part, they only need one winner to maintain control of the Senate.

When will the result be known?

The final results are expected at 12.00 this Wednesday, local time.

The margins are very narrow. Projections assure that Warnock would have won by 50.6% compared to 49.4% for Loeffler.

Edison Research, which provides election results to organizations like the BBC, also projects that Democrat Jon Ossoff won the other Senate seat.

Yet thousands of votes remain to be counted in Atlanta’s suburbs, like DeKalb County, which is expected to be very pro-Democrat.

Voting ended at 7 p.m. local time (midnight GMT), although all those who were still lining up outside the polling stations at the time were allowed to vote.

Poll workers are tabulating the day’s votes, along with early and mail-in votes.

According to CBS, the total turnout is estimated at just over four million.

More than three million voters, about 40% of the state’s registered, voted by Tuesday.

Early voting was a key benefit for Biden in the presidential election.

Why was there a runoff in Georgia?

In the elections of last November both Republicans won, but none of them obtained 50% of the votes with which, according to the law of that state, the winner could be declared, so this second round was necessary.

In this campaign, Democrats sought to gain supporters in major urban areas, particularly in the Atlanta suburbs.

Republicans, for their part, are concentrated in the North Georgia stronghold, as well as rural areas and smaller cities.

A Democrat has not won a Senate race in Georgia in 20 years.

Biden’s margin of victory was about 12,000 votes out of five million cast.

See Also:  "You cannot ask Latinos to vote in election year and then do nothing for them"

It is just over two weeks before Joe Biden’s inauguration, but the first real test of his presidency was on Tuesday.

If Democrats win both seats and thereby achieve a 50-50 tie in the Senate, it will still be far from certain that Biden can enact the environmental, health care and economic legislation that he proposed during his successful presidential campaign.

The narrow margin will ensure that any law will have to be supported by centrists in his party, such as Joe Manchin of West Virginia and the two senators from Arizona.

However, it will give the new president the opportunity to fight for legislative achievements and will make it much easier for him to appoint the administration officials and federal judges of his choice.

If Republicans maintain dominance in the Senate, Democratic hopes will fall to the whims of Majority Leader Mitch McConnell and a handful of moderate Republicans.

Meanwhile, President Trump, whose unsubstantiated claims that he was the victim of a electoral fraud left Republican strategists concerned about turnout in the second round of the Senate on Tuesday, continued to criticize the integrity of the vote in Georgia.

“It seems they are putting together a great ‘voter dump’ against Republican candidates. Waiting to see how many votes they need? “The president tweeted Tuesday night.

Although there are no final results yet, it appears that the concerns of Republican strategists in Georgia were justified, according to Anthony Zurcher, a BBC correspondent in Washington DC.

Republicans did not vote in the numbers expected, while Democrats increased their turnout.

If the Democratic candidates win, Trump will receive a “considerable fault”, dice Zurcher.

The party that loses the White House tends to fare better in subsequent legislative elections, and Georgia, despite Joe Biden’s victory there, remains a state. traditionally conservative.

During this Senate campaign, Trump spent most of his time contesting his electoral defeat and pitching attacks against Republican leaders in the state.

That, according to Zurcher, “may not have been a smart electoral strategy and it could cost Republicans control of the Senate. “

Why are elections so important in Georgia?

The upper house of the United States Congress, the Senate, has been controlled by the Partido republicano since 2014.

This instance is key for the approval of laws and the confirmation of the appointments of the cabinet and the judges of the Supreme Court, the court of highest hierarchy in the country.

If Democrats win in Georgia, the two additional seats would give them effective control of the Senate.

Each party would have 50 senators and in case of tie the Democratic vice president, Kamala Harris, would have the deciding vote.

Remember that you can receive notifications from BBC News Mundo. Download our app and activate them so you don’t miss our best content.