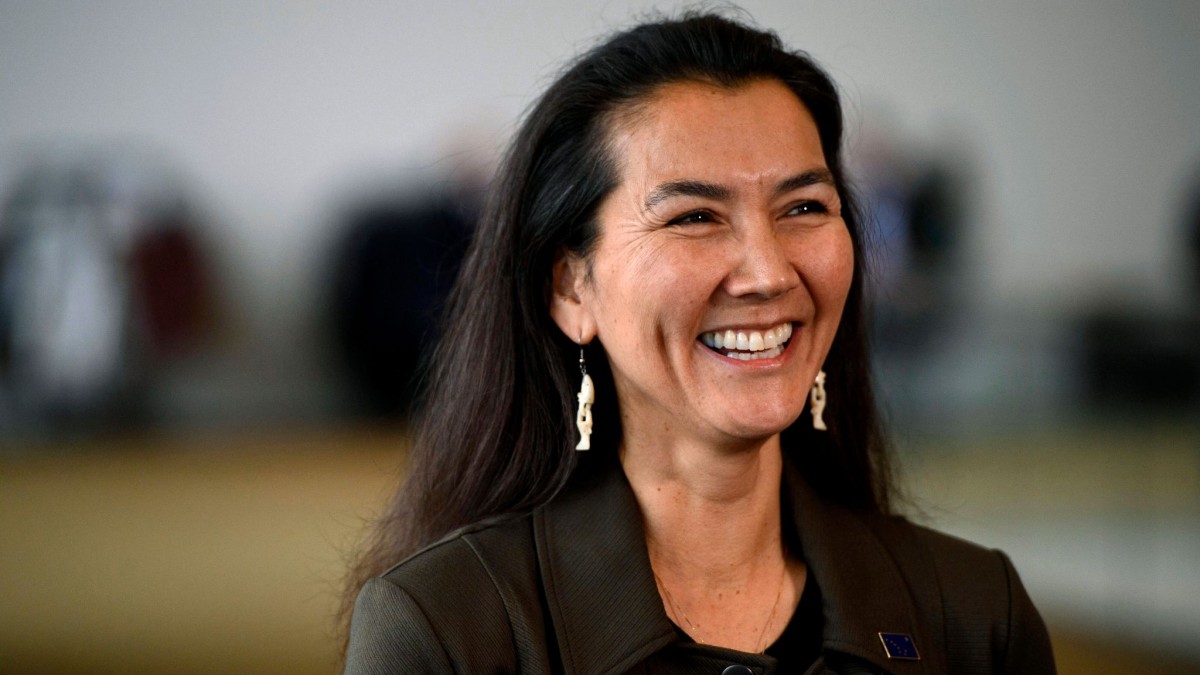 Washington / Anchorage (AP) – Mary Peltola has performed a miracle. In her native Alaska, the US Democrat has achieved what many party colleagues would like to emulate: snatched a seat from the Republicans in Congress and conquered an arch-Republican constituency.

Until recently, hardly anyone in the USA beyond Alaska knew the name of the 49-year-old. That changed abruptly at the end of August when she surprisingly defeated the former Republican vice-presidential candidate and political stimulus Sarah Palin in a special election and made history: Peltola is the first woman and the first Native American to represent Alaska in the House of Representatives – and above all the first Democrat representing the state in the Chamber for half a century. In early November, Peltola and Palin will face off again.

New hope for the party

Since the surprise victory, the gathered prominence of the Democrats has contacted Peltola. The leadership of the party is using all channels to help it achieve a second victory. Because in the regular congressional elections in just over four weeks, when all seats in the House of Representatives and a third of the seats in the Senate will be reassigned, Peltola will have to defend the mandate she has just won – again against her competitor Palin. According to surveys, Peltola’s chances are not bad. The Democrats, who are in danger of losing their majority in the House of Representatives, must fight for every seat. And Peltola is a new hope for the party.

Party politics is not her thing. “I was never a really partisan person,” says Peltola in an interview with the German Press Agency. “I haven’t made getting involved in my party a priority. I think that can be a trap, so I avoided that.” Alaska ticks differently, she says. The state high up at the north-western tip of North America is huge: It has more than four times the area of ​​Germany, but only about as many inhabitants as Frankfurt am Main. With such a small population, it’s easy to know each other in politics over the years, she says. “And in Alaska, it’s a lot more about the person than the party.”

Her father used to campaign for Republican Don Young, for whom Peltola has now moved into Congress. Young represented Alaska in the House of Representatives for 49 years until he died in March at the age of 89. After his death, the seat had to be filled for the remainder of the electoral term – hence the out-of-order by-election. Her father and Young were close friends, Peltola says.

The Democrat is a mother of seven, she has four biological children and three stepchildren. She has a gentle nature, friendly, approachable. In her election campaign, she refrains from political or even personal attacks, adopts conciliatory tones and concentrates on factual issues. When you speak to her, the bitter split between Republicans and Democrats seems extremely distant. Even Democratic President Joe Biden, who once stood in office with the goal of uniting the country, is currently lashing out at Republicans with unusual vehemence. He calls the parts of the party that follow former Republican President Donald Trump extremist, even “semi-fascist,” a threat to democracy. More is hardly possible.

What does Peltola think of this strategy? “It’s a different approach, but we’re also in a different era,” she says. Presidential debates used to be polite and civilized, but now the tone is aggressive and hostile. “We live in a very different time and I don’t know how effective our President would be if he were seen as totally passive.”

The fact that Peltola took the congressional seat from the Republicans in a friendly way after almost 50 years and won against Palin of all people is considered a minor sensation in the USA. Palin was Alaska’s governor from 2006 to 2009, everyone there knows her. As an icon of the radical conservative and populist Tea Party movement, Palin made headlines across the United States. And at the latest when the then Republican presidential candidate John McCain made her his running mate in 2008, she also became internationally known. Always rather loud, shrill, without intermediate tones. Palin campaigned for Trump and he last campaigned for her. Your defeat is his too.

Peltola even finds warm words for her prominent opponent. “I’ve known Sarah since she was mayor of a small town,” she says. “I’ve always liked her and she’s a very friendly person. She’s very down to earth. Personally, I’ve never seen her be aggressive towards anyone.” When Palin became an “international celebrity” at McCain’s side, “she was a very different Sarah from the one I know personally”.

When the two meet again in early November, Alaska will vote using a new system, as it did with the special vote. Voters can vote for more than one candidate and weight who they would prefer. If a candidate does not immediately achieve an absolute majority, the votes of the weakest competitor are distributed among the others. Some Republicans say Peltola won because of that uniqueness. Peltola wants to teach her otherwise.