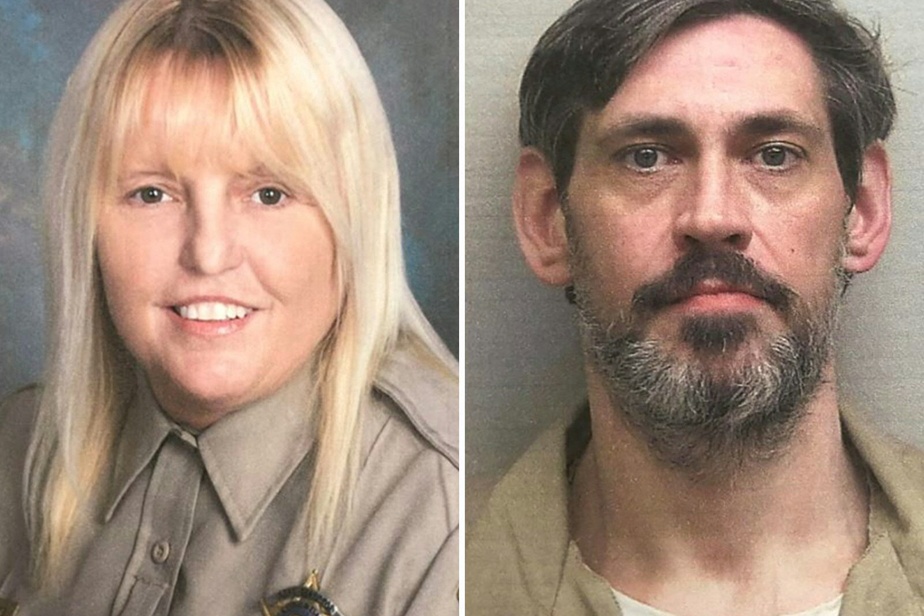 (Washington) It is a tragic end for a run on a background of romance that fascinated America: the police arrested Monday in the state of Indiana an “extremely dangerous” detainee, while the prison officer, who had helped him escape in late April and was also on the run, died.

Mme White died at 7 p.m. and an autopsy is scheduled for Tuesday afternoon, they added in a statement.

Vicky White and Casey White were arrested after a car chase with the police. The couple were chased while they were in a Ford pickup truck in the city of Evansville, in the heart of the Midwest, said sheriff Rick Singleton, responsible for coordinating the hunt for the fugitives.

“During the pursuit, the pick-up had an accident. Casey White surrendered,” said Rick Singleton.

Having started in a prison in Alabama, their escape took place over ten days, over hundreds of kilometers and in at least four states.

Vicky White, 56, and Casey White, 38, have the same name but are not related.

The improbable duo has aroused great interest, in particular because of the contrasts between them: she, a model little civil servant with an apparently orderly life; he, a 2.06 m multi-recidivist colossus imprisoned for presumed murder.

“Today we have put a very dangerous man out of action,” said Sheriff Singleton. “And he will never see the open air again.”

His men received a tip about the couple’s presence in Indiana and CCTV footage shot at a car wash where the Ford pickup was seen.

“It becomes harder and harder each year to succeed in this kind of escape, with the omnipresence of video surveillance, and the ability of the media and social networks to make this information public in real time”, noted former FBI Deputy Director Andrew McCabe on CNN.

However, in recent days and until Monday, the two fugitives seemed to keep at least one step ahead of their pursuers.

“We’re kind of back to square one,” Sheriff Singleton lamented on Friday, noting that the escape plan had been “very well thought out.”

On April 29, it was indeed with disconcerting ease that Vicky White extracted Casey White from his penitentiary in the city of Florence, where he was serving a 75-year prison sentence. The woman oversaw prisoner transfers for the Lauderdale County Sheriff.

A video showed the official escorting the tall, tattooed inmate, whose feet and hands were restrained by chains, into his police car, and taking him outside under the false pretense of a psychological evaluation to the court.

The “model employee” according to the sheriff, described by the county prosecutor as “the most reliable person in the prison”, had then provided a substitute vehicle in the parking lot of a nearby shopping center.

This car, which the official had bought under an assumed name, was found in a Tennessee pound, without this rebound in the investigations really allowing the investigators to progress.

It will be learned later that the prison officer had withdrawn in cash some 90,000 dollars, proceeds from the recent sale of her house, and bought civilian clothes to replace her companion’s prison suit.

The bounty offered by the authorities in exchange for any information that could lead to the arrest of the two fugitives had been raised to $25,000.