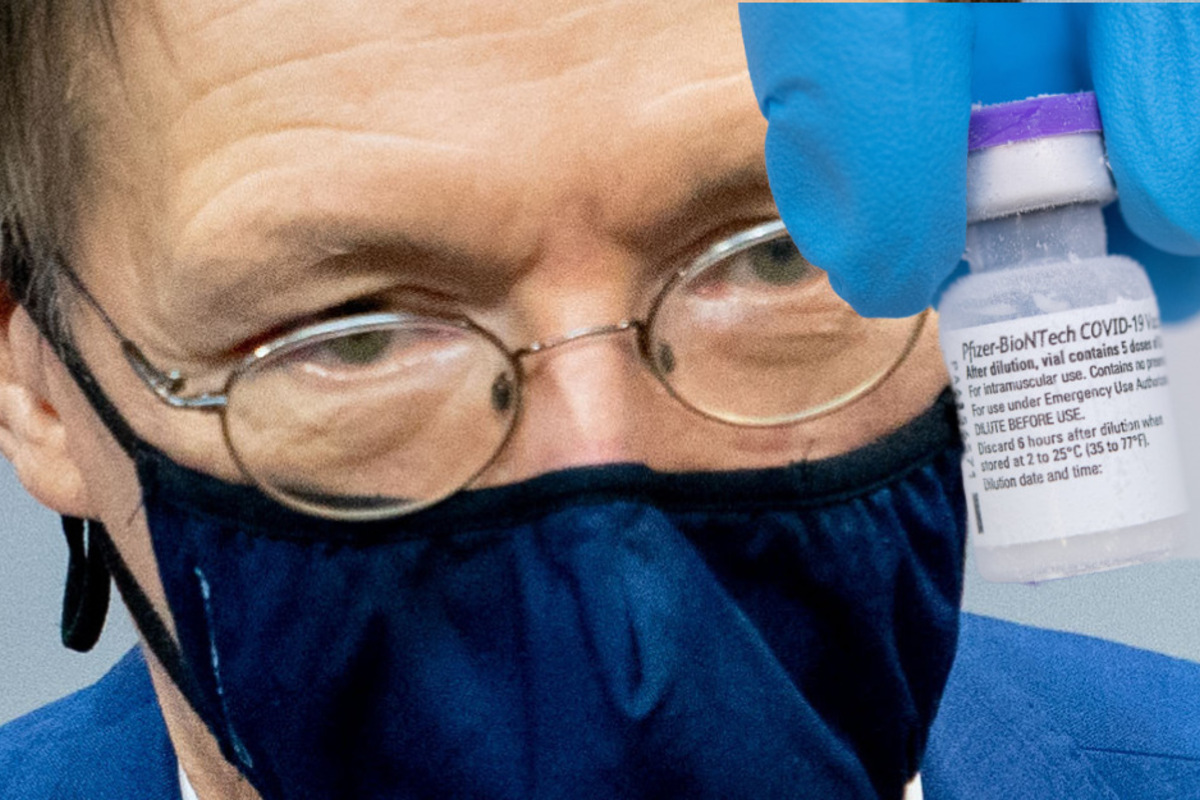 Even tougher measures? Vaccine replenishment from Biontech there, but concern about virus mutation

The federal states are to receive a new delivery of the corona vaccine from Biontech this Friday. Almost 668,000 vaccine doses should come.

Berlin – The willingness to vaccinate is increasing in Germany, there are also supplies from the manufacturer Biontech. Still that remains Corona vaccine for the time being close. The virus mutation that is rampant in Great Britain is of concern.

The federal states are to receive a new delivery of the corona vaccine from Biontech this Friday. They should get a total of almost 668,000 vaccination doses.

The delivery should go directly from the manufacturer Biontech to the 27 delivery centers of the countries.

The most populous state of North Rhine-Westphalia receives the largest share with 141,375 cans. Bremen gets the smallest share with 4875 cans.

The delivery was announced on this scale.

Since the start of the vaccination campaign at the end of December, at least 417,060 people have been injected, as the Robert Koch Institute announced on Thursday (as of 11 a.m.). 201,000 people received the vaccine for professional reasons.

This could be, for example, doctors and nurses with a very high risk of infection and staff in the elderly. In addition, the preparation has now been administered to more than 168,000 residents of nursing homes.

The willingness to vaccinate has risen, as is evident from a survey by infratest dimap for the ARD Germany trend. Accordingly, at the beginning of the week, 54 percent said they definitely wanted to be vaccinated against the coronavirus – that was 17 percentage points more than in November 2020.

As before, younger people were less open to a corona vaccination than older people.

Saxony’s Minister of Health Petra Köpping (62, SPD) called for a change in the vaccination strategy.

“So far, the vaccine has been distributed according to the population of the federal states. I believe that other factors should also play a role in new deliveries,” said the minister, according to a statement on Thursday evening.

A high proportion of older people must be taken into account. There are one million people in Saxony who are older than 65 years.

The state is particularly badly affected by the pandemic.

A new variant of the coronavirus was also detected in Saxony (TAG24 reported).

According to scientists, the variant is significantly more contagious than the previously known version.

The SPD health expert Karl Lauterbach was concerned about the mutation.

If it should spread in this country, the Germans would have to be prepared for even more restrictions, he told the “Kölner Stadt-Anzeiger” (Friday).

“Then of course much more drastic measures are necessary to achieve the same thing. We are all afraid of a third wave with the new mutation,” said Lauterbach.

The parliamentary group leader of the Left in the Bundestag, Dietmar Bartsch, called on the federal government to provide more vaccine.

“Vaccination is a race against time, not least because of the risk of mutation,” said Bartsch to the editorial network in Germany (RND / Friday). “The federal government urgently needs to turn things around. We need a lot more vaccine in the first quarter.”

The left party leader Katja Kipping demanded in the “Süddeutsche Zeitung” (Friday) that the state should force the vaccine manufacturers to release their licenses so that other pharmaceutical production facilities could also produce this vaccine.

The chairman of the World Medical Association, Frank Ulrich Montgomery, criticized the different approaches of the federal states in assigning vaccination appointments and complained about a “barely noticeable vaccination campaign that people are frustrated with the subject of vaccination.”

“If there is a drop of vaccine left somewhere, I would get vaccinated immediately,” said Montgomery of the “Rheinische Post” (Friday). He could not understand the skepticism of the nursing staff.

On Tuesday, the federal and state governments decided to extend the lockdown with tightened contact restrictions until the end of January.

The federal states are now implementing the measures, Hamburg was the first federal state to put a stricter Corona regulation into force at midnight.

More on the subject of coronavirus: