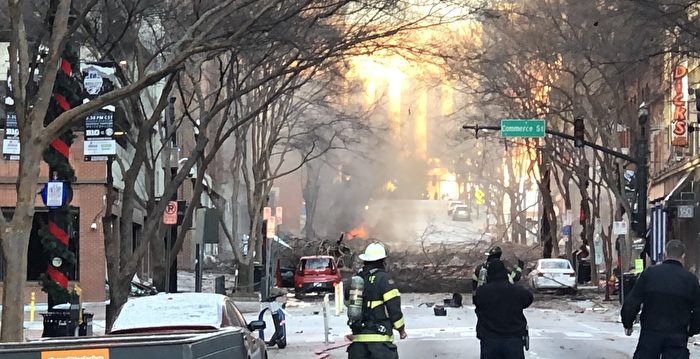 [Epoch Times December 27, 2020](Reported by English Epoch Times reporter Allen Zhong / compiled by Xia Yu) On Friday (December 25), the US Federal Aviation Administration (FAA) issued a temporary flight restriction announcement to remove Tennessee The airspace of Nashville in the state is classified as “defense airspace” and stated that the government can use lethal force on aircraft that violate restrictions.

A campervan explosion occurred early Friday morning in downtown Nashville, and the authorities believe it was a deliberate incident. The explosion also severely damaged the AT&T building in the city.

The announcement stated that the FAA may take administrative measures, including civil penalties and suspension of pilot certificates, and the federal government may bring criminal charges against pilots who violate restrictions. In some extreme cases, lethal force may be used.

“If it is determined that the aircraft will pose an imminent threat to safety, the US government may impose lethal force on it.” The FAA issued a “Notice To Airmen” on Friday (December 25).

This warning is valid until December 30.

Police said on Friday that they found suspected human remains at the explosion site. The Nashville Metropolitan Police Department also released a photo of a suspected RV involved.

The explosion occurred at the back door of the AT&T building, causing huge damage to the building and causing widespread communication interruption to the Nashville city area.

As the AT&T center office was affected by the explosion, the police emergency systems in Tennessee, Kentucky and Alabama, the COVID-19 community hotline in Nashville and a few hospital systems are still unavailable. There is a telephone exchange in the AT&T building with network equipment, but the company declined to disclose the exact number of people affected.

Due to telecommunications issues, the FAA suspended flights from Nashville International Airport (BNA) on Friday. Delayed resumption of business on Friday evening.

AT&T said that after the explosion, the company is working with safety and structural engineers to restore power to key equipment.

The company said: “They drilled holes in the building and tried to reconnect power to critical equipment.”

(Associated Press contributed to this report)