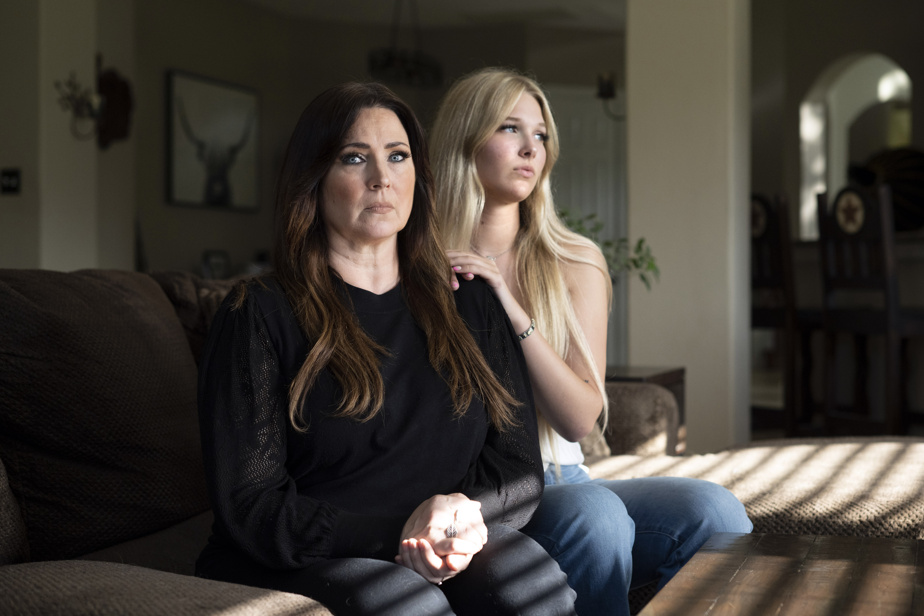 Shortly after Kade Webb, 20, collapsed and died in a bathroom at a Safeway market in Roseville, California in December, police opened his phone and went straight to his social media apps. She found there exactly what she feared.

Kade Webb, and snowboarder et skater laid-back man who, with the imminent birth of his first child, had become discouraged by his finances reduced by the pandemic, had purchased Percocet, a prescription opioid, through a dealer on Snapchat. Turns out he was spiked with a lethal amount of fentanyl.

Kade Webb’s death is one of 108,000 drug-related deaths in the United States last year – a record high, according to preliminary figures released this month by the Centers for Disease Control and Prevention (CDC). . Law enforcement authorities say an alarming proportion of those deaths happened the same way as Kade’s: counterfeit, fentanyl-tainted pills that teens and young adults bought on social networks.

“Social media is almost exclusively how they get the pills,” said Morgan Gire, district attorney for Placer County, Calif., where 40 people died of fentanyl poisoning last year. He filed a murder charge against a 20-year-old man accused of being Kade Webb’s dealer, who pleaded not guilty.

About 90% of the pills you buy from a social media dealer now are fentanyl.

The phenomenon has given rise to disturbing new statistics:

While drug traffickers of the 1980s and 1990s used pagers and disposable phones to conduct their business in secret, today’s drug dealers have embraced modern means: social networks and messaging apps with confidentiality such as encryption or disappearance of messages. Resellers and young buyers typically find each other on social media and then often proceed by messaging each other directly.

These platforms have enabled quick and easy transmission during the coronavirus pandemic, when demand for illicit prescription drugs has surged, both from anxious and weary customers and from those already battling addiction and who have been cut off from any collective in-person support.

The supply of tainted pills, roughly pressed by Mexican cartels with chemicals from China and India, has increased commensurately. Fentanyl, which is faster and cheaper to produce than heroin and is 50 times more potent, is a highly addictive filler. Last year, the Drug Enforcement Administration seized 20.4 million counterfeit pills, which experts say is only a small fraction of those produced. Its scientists claim that about 4 out of 10 pills contain lethal doses of fentanyl.

The result is that new waves of customers are quickly becoming addicted, said the Dre Nora Volkow, director of the National Institute on Drug Abuse. “When you put fentanyl in pills sold as benzodiazepines or for pain, you reach a new group of customers that you wouldn’t have if you were just selling fentanyl powder. »

On the networks as well as around the corner

In two months in the fall, the DEA detected 76 cases involving drug traffickers who advertised with emojis and code words on e-commerce platforms and social media apps. The agency included an element in its One Pill Can Kill public awareness campaign, a poster titled “Emoji Drug Code: Decoded,” featuring images of drug symbols.

It’s an entire ecosystem problem: as long as your child is on one of these platforms, they will have the potential to be exposed to drug dealers.

Tim Mackey, professor at the University of California, San Diego

In January, parents of children as young as 13 who died from pills protested outside the headquarters of Snap, parent company of Snapchat, in Santa Monica, California, with signs accusing the company of complicity in murders . One of the speakers was Laura Berman, a relationship therapist and television host. In February 2021, his 16-year-old son, Sam, purchased what he thought was Xanax through a contact Snapchatingested it and died at home of fentanyl poisoning.

Faced with an onslaught of criticism from law enforcement and grieving parents, social media platforms have tightened control over their sites, shutting down dealer accounts and directing people looking for drugs to addiction services.

On Monday, the Ad Council announced the launch of a major summer campaign, funded by three tech companies — Snap, Meta and Google — to alert teens and young adults to the dangers of fentanyl. Social media platforms like Twitter, TikTok, Twitch, and Reddit should serve as landing zones for warnings.

Snap and Meta, parent company of Instagram and Facebook, say they are increasingly disrupting drug deals. Snap said it took action on 144,000 drug-related accounts in the United States from July to December last year. This figure does not include the 88% of drug-related content that was preemptively detected by the artificial intelligence software, which monitors terms that could signify drug exchanges.

Now, when users of Snapchat search for ‘fenta’, ‘xanax’ or other drug related terms, the results are blocked. They are redirected to an in-app video channel, with content from non-profit groups and the CDC, which discusses “fentapills”, i.e. the dangers of so-called OxyContin, Percocet, Xanax and Adderall.

According to Facebook’s most recent Community Standards Report, the company took action on 4 million drug-related interactions globally in Q4 2021. Instagram took action on 1.2 million interactions , numbers that represent alerts from both users and early detection technology.

On Instagram, a recent search for Percocet did trigger an automatic warning and an offer to help. But it also yielded plenty of results, including an account that posted photos of the pills and contact information, along with phone numbers on encrypted messaging apps. Wickr et WhatsApp.

A pill instead of a needle

During the pandemic, drug use has surged as the mental health of young adults and teens has deteriorated, studies show. Young people tend to avoid heroin, not only because of its addictive properties, but also because they are nervous about needles, say adolescent behavior specialists. The pills, with the false imprimatur of the medical authority, seem safer. Plus, for their generation, prescription drugs — for anxiety, depression, and focus — have become normal.

“When the young person enters university, his friends all have medicine bottles in their backpacks; they used to share the pills, said Ed Ternan. Drug dealers know this. In May 2020, his 22-year-old son Charlie Ternan, three weeks away from graduating from college, bought what he thought was a Percocet for back pain from a dealer he had contacted. logged on Snapchat. Thirty minutes after ingestion, Charlie Ternan, 6 ft 2 in (1.88 m) and 235 lb (107 kg), was dead from fentanyl poisoning.

The Ternans created Song for Charlie, one of many organizations of families who have lost children to fentanyl. Ed Ternan met with federal officials and connected Snapchat with experts in digital treatment and addiction treatment. His group creates warning content for TikTok et Snapchat.

The rules of engagement in the war on drugs have changed, Ternan said.

Now it’s about chemistry, social media distribution and encryption. We need a different kind of generals, a more collaborative approach between big tech companies and government.

To refine prevention messaging, Snap commissioned Morning Consult, a digital market research firm, to conduct a drug literacy survey. The results, taken from a random sample of 1449 users of Snapchat aged 13 to 24, point to their vulnerability to prescription drug abuse. They said they felt overwhelmed, anxious and depressed, but also feared the stigma that surrounds mental health issues. According to them, the main reason for turning to illicit pills is to “deal with stress”.

But only half of the respondents, and 27% of teenagers, knew that fentanyl could be found in counterfeit pills. When asked to rate the danger of certain drugs, nearly two-thirds rated heroin and then cocaine as “extremely dangerous,” but just one-third placed fentanyl in that category. Overall, 23% of respondents, including 35% of teenagers, did not even know enough about fentanyl to assess its level of danger.