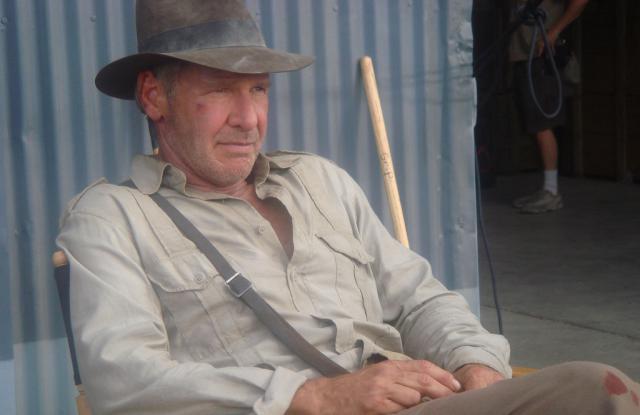 Disney has not only postponed the theatrical release of numerous Marvel films, but also Indiana Jones 5 – again. Henry Jones Jr.’s fifth adventure was originally supposed to premiere on July 29, 2022. But according to the updated plans, Indiana Jones will not be in cinemas until June 30, 2023.

According to Disney, unspecified shifts in production are the reason for this renewed delay. This could not only be related to the ongoing corona pandemic and its effects on the film industry, but also to the injury to the main actor Harrison Ford. The 79-year-old actor injured his shoulder some time ago while filming and had to work for the Take a break from regeneration. That must have messed up the shooting schedule a bit.

New pictures from the set of Indiana Jones 5

However, there is a small consolation for the waiting fans. Recently, several photos have appeared that come from the filming of Indiana Jones 5 in Italy. They not only show Harrison Ford in his striking outfit including a dark jacket, whip and hat, but also the actress Phoebe Waller-Bridge. Nothing is known about their role, which logically leaves a lot of room for speculation. Also in the new film are Mads Mikkelsen and Antonio Banderas. The German actor Thomas Kretschmann (King Kong) will also have an appearance.

indiana jones 5 should be “absolutely epic”.

According to actor Mads Mikkelsen, Indiana Jones 5 should be a real celebration for all fans.

Jump to the comments (4)