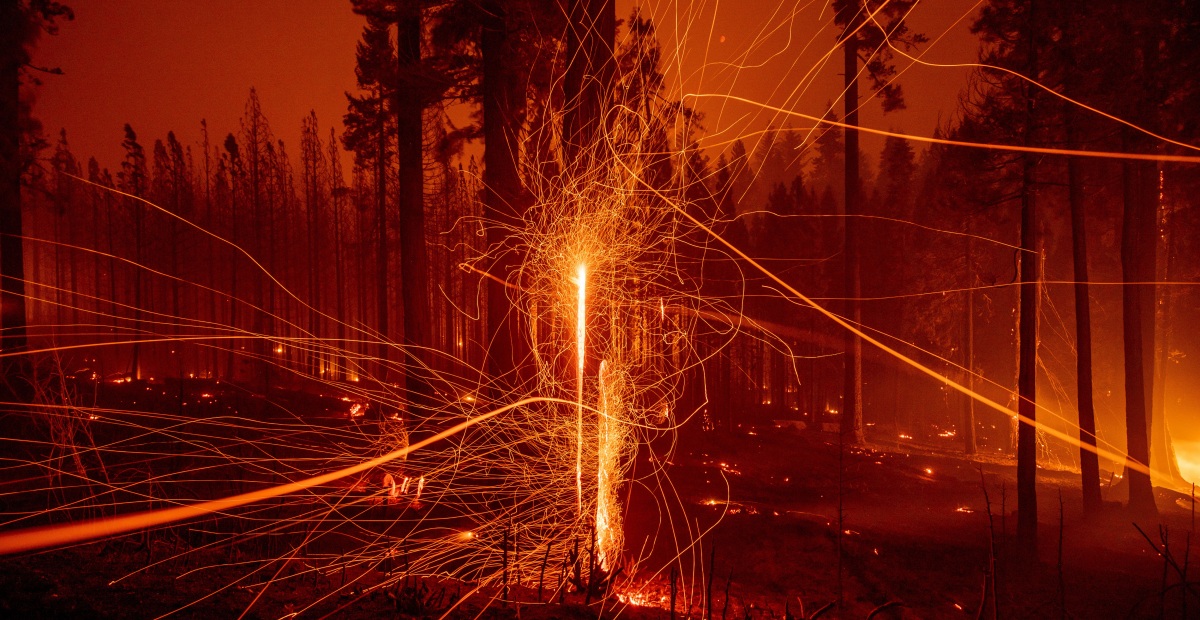 EFE.- A fire north of CaliforniaUnited States, has multiplied its size by 24 in the last two days, which has forced the evacuation of almost 25 thousand residents.

This fire, named ‘Caldor’was driven by wind and dry conditions in the eastern part of Sacramento (California) until burning more than 25 thousand 300 hectares, according to data from the California Department of Forestry and Fire Protection (Cal Fire).

It may interest you: ‘Caldor’ Fire Burns Entire Town Near Sacramento, California; authorities remain on alert for ‘Dixie’

Until now, firefighters have not been able to exceed 0% containment of a fire that started to burn last saturday for reasons still unknown.

This fire is the same as last Monday razed a town of 1,200 inhabitants.

According to local media, very few houses were left standing in the town of Grizzly Flats after the passage of the flames, which also burned a post office, a primary school and most of the town’s electrical poles.

Despite the magnitude of the material damage, there was no fatality.

Faced with this situation, the governor of California, Gavin Newsomdeclared on Tuesday the state of emergency for the county The Golden due to the fire, which devastated Grizzly Flats, about 100 miles east of Sacramento.

At this time, and according to data from the governor’s office, there are more than 35,000 people evacuated throughout the state.

This includes more than 7,000 residents who have been evacuated in recent hours due to the proximity of the fire. ‘Dixie’the second fire larger of recorded history in California.

It is fire has burned more than 274 thousand 526 hectares in the 36 days it has been active and has only been contained by 31%, despite the constant effort of almost 6,200 firefighters deployed in the area.

See Also:  New stimulus check in California: When will my payment arrive and amounts

Since it began to burn on July 14, ‘Dixie’ has destroyed nearly 1,200 buildings, 635 of which were houses, according to Cal Fire.

Earlier this month, it largely wiped out the population of Greenvilleof about 1,100 residents.

Progress against the ‘Dixie’ flames has been scant and slow in recent days mainly due to meteorological conditions adverse.

The high temperatures, the low humidity and the intense winds have hampered the work of the emergency services.