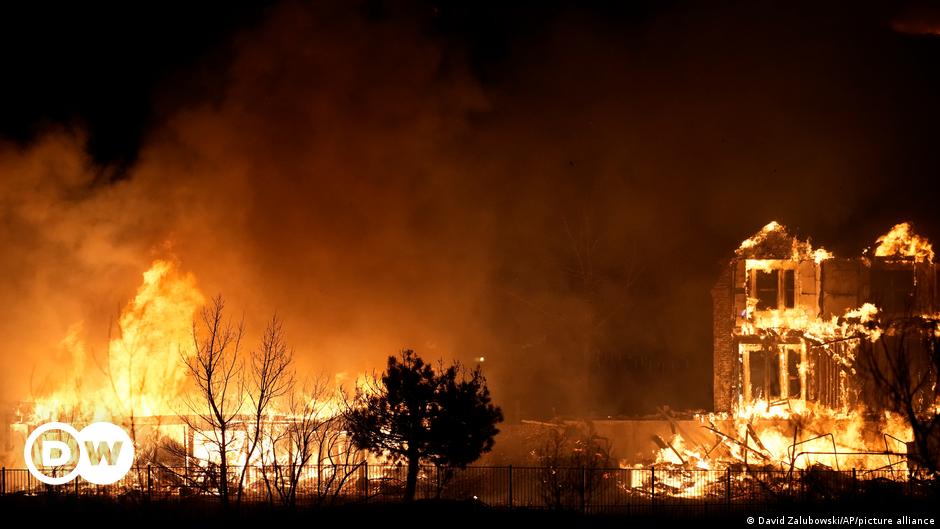 More than 500 houses destroyed and 33,000 people evacuated is the balance of several out-of-control fires in the state of Colorado (USA), local authorities reported this Friday (12.31.2021). The flames, fanned by strong winds of more than 100 kilometers per hour, spread with great speed and have forced the evacuation of the towns of Superior, with more than 13,000 inhabitants, and Louisville, with 20,000.

The affected area is about 30 kilometers northwest of Denver, the state capital. “We’re literally watching (the city) burn. It’s devastating for our people,” Superior Mayor Clint Folsom told the newspaper. Denver Post. More than 15,000 homes are also without electricity service due to the fall of transmission poles.

In Boulder County, hotels, shopping malls and more than 650 acres of vegetation were consumed by the flames. “We know that approximately 370 homes in Sagamore were destroyed. There are another 210 homes that may have been lost in Old Town Superior,” Boulder County Sheriff Joe Pelle said at a news conference.

There are no fatalities

“I want to emphasize that due to the magnitude and intensity of this fire and that it occurs in a highly populated area, it would not be surprising if there were injuries or deaths,” Pelle said. However, so far there are no official records of fatalities, but there are those injured by burns. The governor of the state, Jared Polis, declared a state of emergency due to the danger of the fires and the difficulty in controlling them.

Colorado, like many parts of the western United States, has experienced extreme drought in recent years, making it easy for these fast-paced and violent fires to erupt. Patrick Kilbride, 72, was working at a hardware store when he learned of the evacuation order. He ran home to collect his things, but could not save more than his car and the clothes he was wearing. His dog and his cat died.

The United States Weather Service reported that a heavy snowfall will fall on Colorado this same day, while the residents of Louisville were authorized to return to their homes. “It will be very cold at the turn of the year tonight” and “snow will fall on most of the (Denver) region by midnight,” the service tweeted Friday. The snow will relieve the population after the hell experienced by the “Marshall Fire”. The authorities will now investigate the origin of the fire, and preliminarily suspect the fall of high tension towers on dry vegetation.