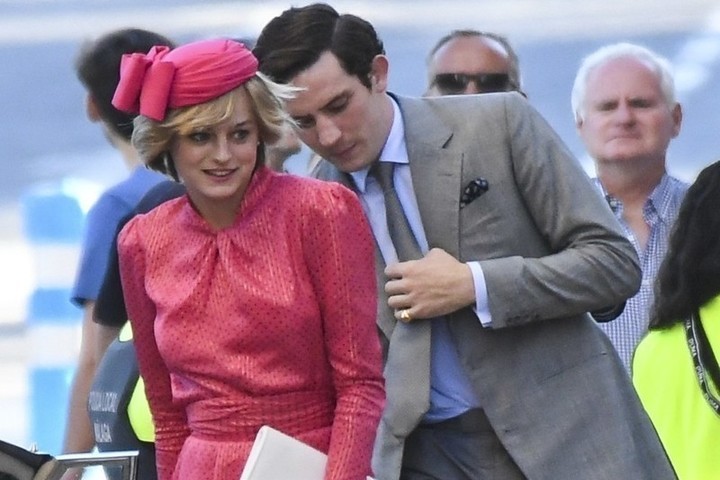 The long-awaited year 2021 and the equally long-awaited New Year holidays have come. Of course, deep down in our hearts, we also hoped that not only 2020, but also the coronavirus and the existing restrictions would become a thing of the past. Since expectations were not met, we have compiled a list of TV shows for socially responsible citizens that will help while away the long winter evenings at home.

Only the lazy one did not tell about this series. And let’s say again: take a look! Because of the intense plot, beautiful pictures, stunning eyes of Anya Taylor-Joy and, of course, chess. The creators had no idea that after the release of the series, the world’s population would rush to buy up the ancient game and sign up for clubs. And you want to.

We advise you to start watching the series right from the fourth season. Two very prominent British figures finally appeared in history: Diana Spencer, played by Emma Corrin, and Margaret Thatcher, played by Gillian Anderson. The actresses are so reincarnated as their characters that it sometimes even scares. One episode is more merciless than the other: the creators still do not bow to the British royal family.

For some reason, almost no one noticed this creation of Stephen Moffat and Mark Gatiss. As a result, only an idea remained from the famous story of Bram Stoker. But showrunners took a lot from their previous projects: from “Sherlock”, for example, an hour and a half format, elements of a detective story and the finest humor. And from Doctor Who – mysticism and love beyond time and space.

See Also:  “Exterminate all these brutes”, the guilty silences of history

“Chiki” proved: you can no longer apologize for watching Russian TV shows. It is not clear why it was initially positioned as a comedy, because there is little funny there. But somehow the hopelessness of the Russian hinterland, with its small joys and sorrows, with such living characters, is shown in a very plausible way. Real life: sometimes unsightly, sometimes disgusting. And sometimes she is like the glare of the setting sun on the surface of a lake, like a sweet watermelon on a hot summer day, and like jokes about why prostitutes never discuss men.

The series is the opposite of Chicks. It is so provocative that it has divided Russian society into those who are delighted and into those who condemn. And if the latter first condemned Alexander Tsypkin, who dared to write such a thing at all, then then they spread to those who just liked it. The story is simple: very rich people live in the center of Moscow, work, cut budgets, meet friends, cheat on their soul mates and sometimes find themselves in awkward situations. Indeed, this is so far from real life.