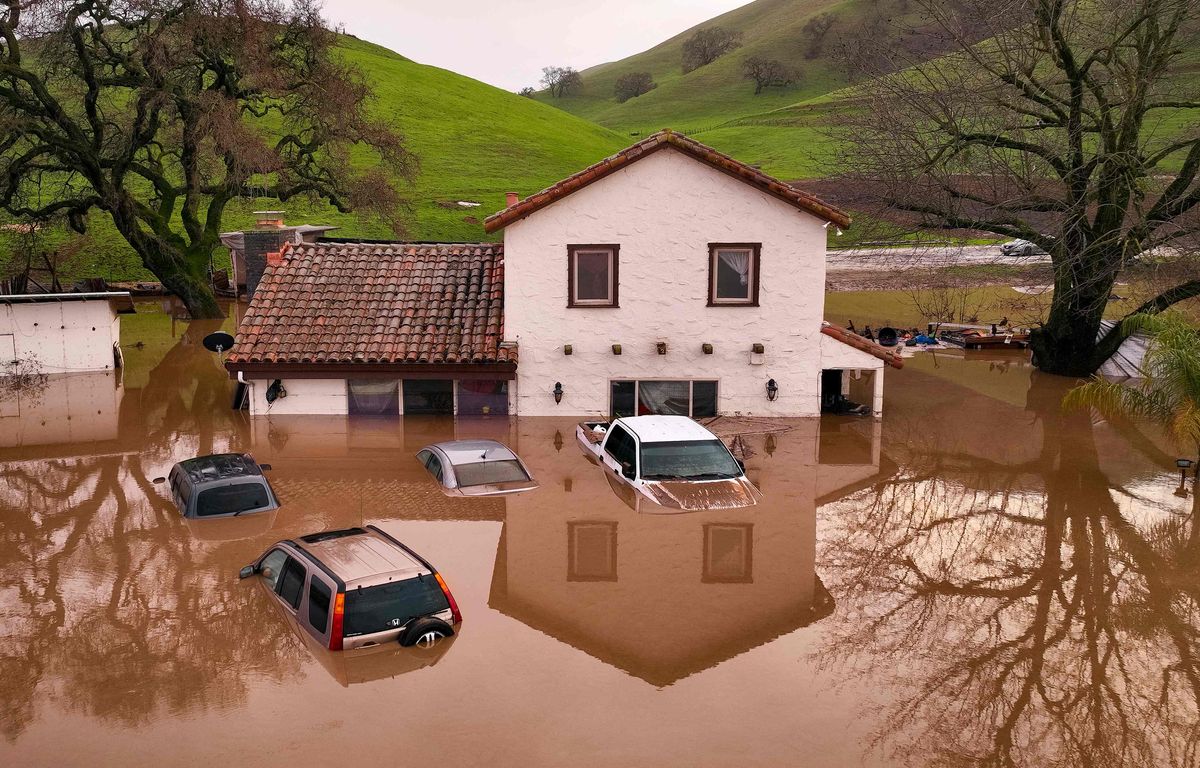 Still in a state of emergency, California suffered new heavy rains on Monday, and the authorities feared dangerous floods face the storms in series who have already killed 12 people in this western American state. Threatened by mudslides, the posh town of Montecito, near Santa Barbara, where Prince Harry, Ellen DeGeneres and Oprah live, is subject to a mandatory evacuation order.

The US Weather Service (NWS) has issued flood warnings for large parts of California. In the center of the state, the models predict, for example, up to 13 centimeters of precipitation on Monday, on soils already completely saturated with water.

“Two major episodes of heavy rain and snow are expected in California one after the other for the next two days,” said the NWS. The state has been facing a series of storms and torrential rains for ten days , which killed 12 people according to California Governor Gavin Newsom. “We expect the worst is still ahead of us,” he told reporters on Sunday.

On Monday, US President Joe Biden approved a declaration of a state of emergency to facilitate assistance from the federal state. At midday, nearly 107,000 homes were without electricity, according to the specialized site PowerOutage. The NWS warned of the risks of “rapidly rising waters, landslides and potential major river overflows”.

In this state hit by chronic drought for two decades and regularly plagued by fires, the vegetation has been devastated in many places, which increases the risk of landslides.

“Areas weakened by fires will be most at risk of mudslides and rapid flows” of water, warns the NWS.

On the coast, several areas of the luxurious community of Montecito, near Santa Barbara, where Prince Harry and his wife Meghan Markle, Oprah and host Ellen DeGeneres live were hit by an evacuation order on Monday. The area is weakened by a 2017-18 fire that devastated 1,100 km2, and local firefighters are urging residents to leave their villas.

East Santa Barbara is under waterhttps://t.co/iKzdVRDHMb

And to better remunerate 20 Minutes, do not hesitate to accept all cookies, even for one day only, via our “I accept for today” button in the banner below.

“Over the past 30 days, Montecito has experienced between 12 and 20 inches (30 and 50 cm, editor’s note) of rain depending on the location, well beyond our annual average of 17 inches (43 cm, editor’s note)”, have reminded the firefighters on Twitter. “This cumulative rain puts the community at greater risk of flooding and mudslides. »

In Santa Cruz County, near San Francisco, where a pier was destroyed last week, about 32,000 residents were also affected by an evacuation order.

While it is difficult to establish a direct link between these storms and climate change, scientists regularly explain that warming increases the frequency and intensity of extreme weather events.

Last week’s storm had already knocked out power to tens of thousands of people, caused severe flooding and triggered landslides. It had come just days after another deluge of rain on New Year’s Eve.