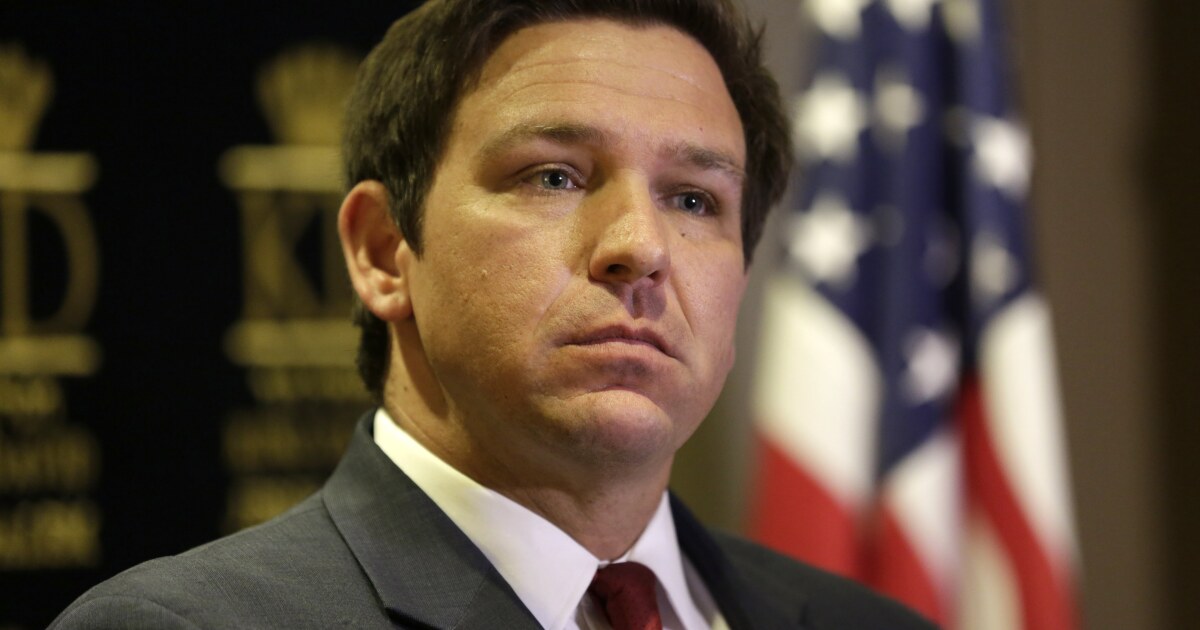 Miami, Apr 22 (EFE) .- The Governor of Florida, Ron DeSantis, ended this Friday with the self-government that Walt Disney World has in Orlando and that allowed this city to grow for almost half a century until it became the world capital of the theme parks.

The Republican has been at odds for weeks with the entertainment giant over the controversy generated as a result of what is known colloquially as “Don’t Say Gay”, a regulation that, among other things, prohibits teachers speaking to younger students about sexual orientation and gender identity, and which Democrats see as political revenge for DeSantis.

The governor expressly signed this bill, presented on Tuesday and approved on Thursday in the Legislature, which eliminates this privilege of enjoying self-government and will prevent Disney from enjoying the same freedom to continue building in the area surrounding the parks. thematic.

“The happiest place on Earth” had since 1967 the category of special district, a self-government that allowed it to grow to have half a dozen theme parks, a sports center, a huge shopping center, 25 hotels, its own police and body firefighters and about 80,000 employees.

All in an area of ​​27,000 acres (almost 11,000 hectares) located in the counties of Osceola and Orange, in the center of the state, a kind of “magic kingdom” and practically independent within the state of Florida.

But that dream was lost this Friday after DeSantis, who sounds like a possible candidate for the White House in 2024, signed the law and criticized Disney for “lying” about the “Don’t say gay” rule.

The governor described as “provocative” that a Californian company uses its “economic power to attack the parents” of families in the state and assured that it will defend itself in court against any attempt to revoke the measure by Disney.

It all started when last month the LGBTQ community, including company employees, protested the alleged lack of opposition from the Disney group against this law, considered ultra-conservative by progressive groups.

That led the firm’s management to try to persuade DeSantis, who was even asked for a formal meeting to discuss the issue. But the governor slammed the door and the company announced that it would stop making lucrative contributions to political campaigns in Florida, including the governor’s.

And since then the battle has been escalating without ceasing.

“If Disney wants to fight, they picked the wrong guy,” DeSantis wrote in a message sent this week to his followers. “I will not allow a ‘woke’ corporation based in California to run our state.”

The Republican showed his toughest side with those of Mickey Mouse and considered that Disney has benefited from “special agreements for too long” in Florida.

Disney is one of the main employers in the state and generates some 5,000 million dollars in local and state taxes for public coffers, according to local media.

The economic implications of the elimination, as of June 1, 2023, of the special district of Reedy Creek Improvement District, where Disney operates its hotels and theme parks, remain to be known in detail.

But this dissolution could force the residents of Orange and Osceola counties to assume a debt of about 1,000 million dollars and face the expense of the services that Disney paid until now, both police and firefighters and road maintenance, electrical system , garbage collection and water treatment.

Orange County Mayor Jerry Demings said in remarks reported by local media that taking on Reedy Creek’s day-to-day expenses would be “catastrophic” for his bills.

Although DeSantis assured this Friday that they have “everything thought out” and that Disney “will pay more taxes.”

It remains to be seen what Disney will do, which has not ruled on this law so far, but it is already anticipated that the battle will continue in court. Meanwhile, the law leaves the door open for future negotiations to restore this special district under the control of the entertainment giant.