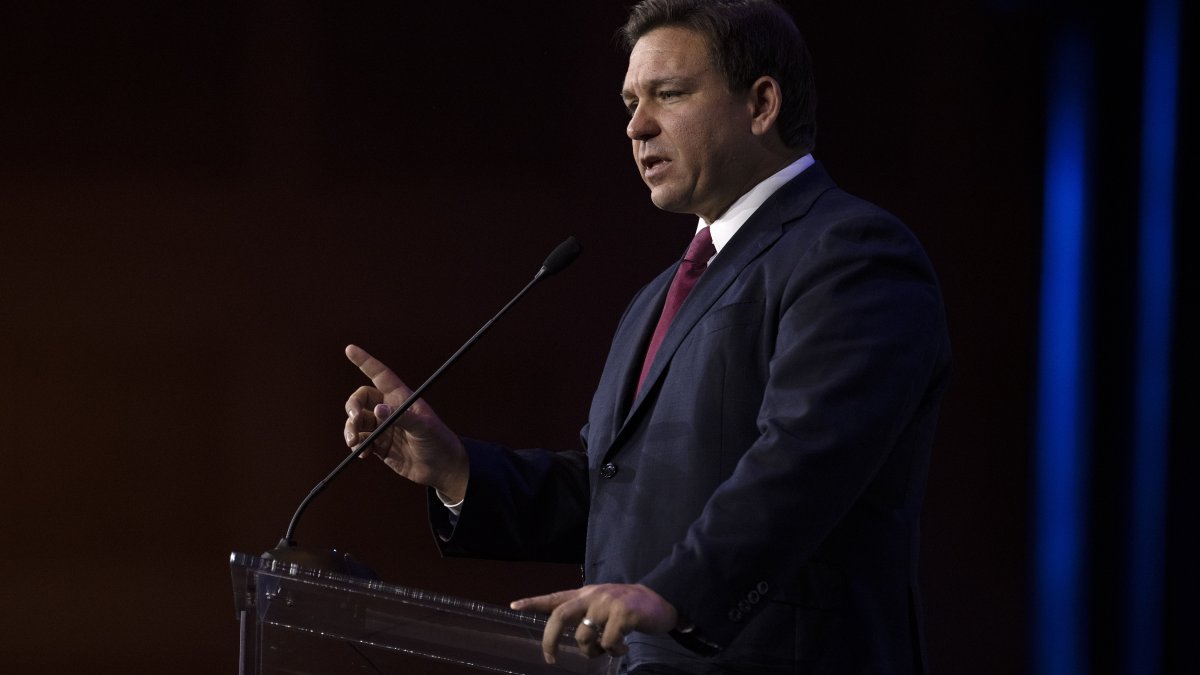 MIAMI.- The Governor of Florida, Ron DeSantis, inaugurated this Tuesday a new legislature defending his conservative policies, pointing out that it is the “freest” state in the entire country with respect to law and order, according to he said at the legislative headquarters, where he again criticized the measures of the Biden administration against COVID-19.

In what is the last year of his mandate, before the plenary session of the Floridian Congress, the Republican did not miss an opportunity to criticize the “destructive” and “ineffective” federal restrictions, “authoritarian, arbitrary and seemingly endless”, as he said, that the Biden administration has imposed in the midst of the pandemic.

“The restrictions are based more on blind adherence to ‘Faucian’ declarations than on the constitutional traditions that are the foundation of free nations,” he said, referring to the White House’s top epidemiologist, Anthony Fauci, one of the main targets of his criticism over the past year, as has Biden.

“Freedom works,” he said proudly, after referring to the job creation rate above the national average, to the new companies created in 2021 and to the budget of almost 100,000 million dollars that he has presented to the legislature.

DeSantis did not allude, however, to the more than one million cases of COVID-19 that Florida added in the last 28 days, the third highest number in the US, according to Johns Hopkins University, nor to the fact that the state is the third with the most coronavirus cases and deaths since March 2020.

Florida, where there was only a confinement of less than a month at the beginning of the pandemic and where it is not mandatory to wear masks in public places, nor is it allowed to require proof of vaccination, currently facing a wave of infections of the Omicron variant that reached record figures, with more than 70,000 new cases daily.

The governor kicked off the state legislature on the same day his campaign office for re-election in this year’s election promoted T-shirts and videos mocking politicians and Democratic figures who visited the state during the election. pandemic.

In the ads, a DeSantis wearing sunglasses welcomes the state of the “open economy”, but which also accumulates 4.7 million cases and 62,610 deaths, in both cases only behind California and Texas, according to the table. Johns Hopkins University Interactive.

According to the Florida Hospital Association (FHA), this state continues to add hospitalizations of patients with symptoms of COVID-19, with 9,579 people hospitalized on Sunday, which represented an increase of more than 802 admissions compared to the day above and are 21.5% of total income.

THE STATE OF LAW AND ORDER

In the Floridian legislature, with a Republican majority, the governor, whom analysts see as one of the possible candidates of this party for the 2024 presidential elections, highlighted the salary and bonus increases he has approved in the last two years for teachers and members of law enforcement.

Against the currents of public opinion that proposed defunding security agencies, after cases of police brutality, DeSantis granted bonuses of a thousand dollars for police officers, firefighters and emergency nurses, and today he asked congressmen to “increase those bonuses for another year.

“Law and order require strong borders,” he stated in the session with which he inaugurated the new legislature, in which projects that seek to strengthen the prohibitions on “sanctuary cities” in favor of irregular immigrants are expected to be discussed, as well as as economic sanctions to private companies that transport undocumented immigrants to Florida from other states.

See Also:  Frigid temperatures will hit South Florida, while more snow will fall in the northern US

Throughout the 60 days that the new legislative period will last, the Florida Congress will probably address a bill presented this Tuesday that prohibits abortion after 15 weeks of pregnancy, a proposal similar to that of other conservative states such as Mississippi. and that DeSantis thinks “makes a lot of sense,” as he later told reporters.

Closing his speech, the governor addressed the partial collapse of the Champlain Towers South condominium, which killed 98 people, and suggested that the state support “an appropriate memorial.”