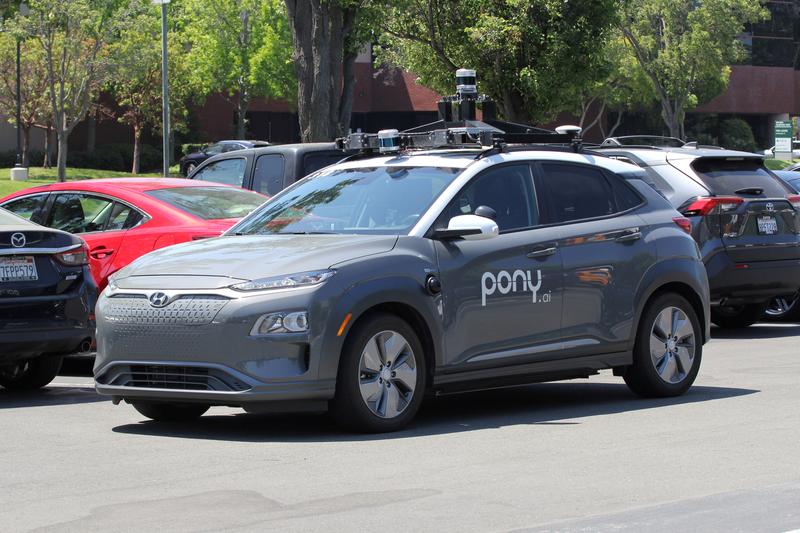 [Fremont (California) 23rd Reuters]–Self-driving startups such as Cruise, a subsidiary of US General Motors (GM), and Chinese startup Pony AI have been in California since last year. Self-driving cars have begun testing in several parts of the state.

They have new “features” added. A human operator.

There is no driver in the driver’s seat, but a safety operator sits in the passenger seat. “If anything, you can press the red button to stop the car,” Pony AI CEO James Penn told Reuters.

Pony AI, which is funded by Toyota Motor Corporation and others, plans to launch an autonomous driving dispatch service in parts of California next year, with no operators scheduled to ride at that time. Still, the remote operator will monitor the car and give instructions when the car is in trouble, Penn said.

Cruise began night-time operation of five self-driving cars in San Francisco in October 2020, but still has humans on the front seats. According to a cruise spokeswoman, the “Metsuke” is “you can stop your car at any time during autonomous driving.”

The software was supposed to drive the self-driving car automatically, but human intervention continues. This fact highlights the challenges still faced by the autonomous driving industry, which has spent billions of dollars on investor funding over the last decade.

“Robotaxi”, which does not limit the driving range and does not have a driver, has many technical and regulatory obstacles and cannot be realized. Interviews with investors and start-up executives say that some self-driving companies are embracing the need for human eye-catchers and curtailing ambitious plans to generate revenue in the near future. It became clear in.

Tesla, which recently announced a new test version of software that claims to be “fully autonomous,” is no exception. The company says Tesla drivers should be “ready to operate immediately, especially when passing through hard-to-see corners and intersections, or in tight traffic conditions.” US safety regulators have just begun a formal investigation into Tesla’s driver assistance system, the Autopilot, following a series of fatal accidents.

Waymo has been developing autonomous driving technology for more than 10 years, and in 2018 announced the first practical “Robotaxi” in Phoenix. However, Waymo, which inherited Google’s pioneering self-driving car project, still has humans in control.

According to Waymo, there are four teams that monitor and support “Robotaxi” vehicles. The mission is diverse, and it may remotely provide a “second eye” for responding to user questions and for difficult situations such as road closures. One of the teams goes to the scene to deal with an accident such as a collision.

See Also:  California. Woman is convicted of not wearing a mask in store

Waymo software engineer Nathaniel Fairfield told Reuters in writing that these teams “work together to direct the operation of fully automated vehicles throughout the day.” He also says that the team will not operate the car remotely.

“I don’t do remote control hijacking, so-called’joystick operation’. I don’t think that remote control will actually improve safety,” he said, citing the possibility of connection problems. Listed as.

Waymo has applied for permission to start commercial operation of self-driving cars in San Francisco, but for the time being, drivers will be on board to ensure safety. The company is mobilizing many vehicle operators to enhance testing in high-traffic and complex urban environments.

According to an experienced operator who participated in Waymo’s test in San Francisco this year, he had to “unlock” the autonomous driving mode about 30 times a day to intervene in driving. This is the case when the stop at the red light is delayed, or when the vehicle in front suddenly decelerates or stops suddenly.

“Human beings are always ready. Situations like’I never expected this move’or’I wouldn’t normally do it, this’will happen all the time,” says an experienced safety operator. According to the non-disclosure agreement, the name cannot be disclosed.

According to Waymo’s official announcement, in 2020, 21 times of automatic driving cancellations will occur after traveling 1.01 million kilometers.

Regulators are also calling for human involvement in autonomous driving. The California Department of Motor Vehicles told Reuters that California law “requires a two-way communication link so that manufacturers can constantly monitor the location and status of (self-driving) vehicles.”

See Also:  This Monday, 301 positive cases of Coronavirus were registered

Other “robo taxi” companies are adopting remote control as a means of driving self-driving cars on the road.

In Las Vegas, startup Halo provides customers with self-driving car dispatch services, which are remotely controlled by humans via a high-speed 5G network operated by mobile phone giant T-Mobile US.

“Just a few years ago, human remote assistance was the’inconvenient truth’in the industry,” said Elliott Katz, co-founder of remote controls company Phantom Auto. “Practically no one said it openly because it was self-driving that they could go anywhere they needed and could do whatever a human driver could do.”

“But now everyone knows it’s not that easy.”