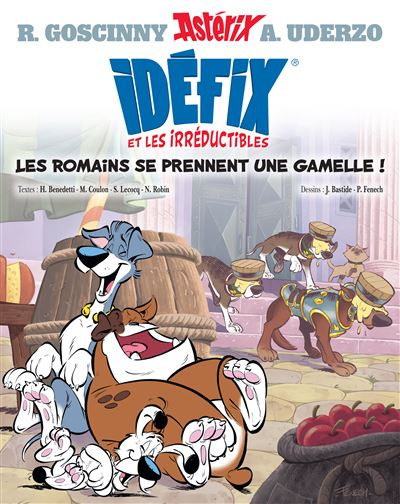 Dogmatix is ​​here! The second collection of the adventures of Obélix’s dog and his irreducible friends tumbles directly into 4e position in the ranking of the best-selling comic books (in which we find three other novelties), without however joining the “Top 20 BD GfK/Weekly Books yet squatted by “Les Cahiers d’Esther” T7″ (3e), “The Endless World” (8e), “The Quest for the Time Bird: before the quest” T7 (17e), as well as by the manga “Kaiju n°8” T5 (e) et «Jujutsu Kaisen» T15 (13)e).

Driven by the 3D animated series, a second season of which is in production, for release scheduled for summer 2023, “Idéfix et les Inréductibles” explores the surprising past of Obélix’s little companion before they met. After a successful first album (with already more than 100,000 copies sold), the adventures of Idéfix and the Indomitables are back with a new opus entitled “Les Romains se prize une mess! », Printed in 115,000 copies by Albert René editions

On the program of this second collection, as for the first, three new complete stories full of humor and action in the streets of Lutèce: a treat, by Toutoutatis! 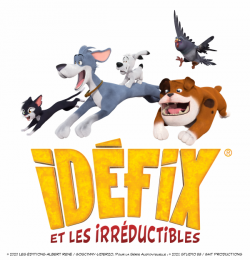 And, icing on the nonss: from June 22 to July 24, Idéfix and his band of friends will be the mascots of Partir en livre, the great book festival for young people, orchestrated by the Center national du livre, which will be held throughout France around the theme of friendship. Note in this regard that the Albert René editions and the CNL will be happy to offer a free booklet containing a story taken from the album “Idéfix et les Inréductibles T1: No quarter for Latin!” to young readers who will take part in the many events organized throughout France! 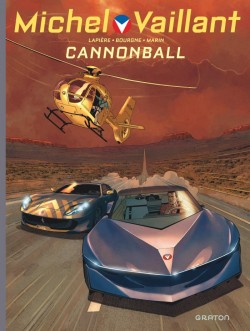 Second entry of the week, in 7e position of the “Top 20 BD”, “Cannonball” leads Michel Vaillant and Pog, a youtubeur who challenged him, in the legendary pirate race crossing the United States from East to West. Unfortunately for the famous car racer and his competitor, between computer sabotage and bombing, the obstacles, already naturally very numerous, are multiplying. And the reader attends these spectacular adventures clinging to his armchair throughout this fascinating story written by Denis Lapière and illustrated by Marc Bourgne and Olivier Marin, printed in 36,000 copies by Dupuis editions. 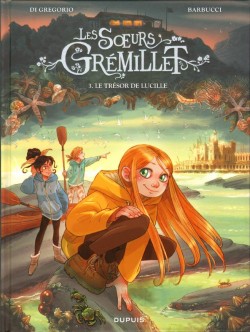 It is a little lower in the ranking, at 11e exactly where “Les Soeurs Grémillet T3: Lucille’s Treasure” appears: an episode where adventure and poetry come together. Lucille, the youngest of the sisters is convinced of it: the whale stranded on the beach comes to warn of a danger! Between maritime legend and climatic crisis, the subtle and very captivating story of Giovanni Di Gregorio, printed in 60,000 copies by the Dupuis editions, is camped marvelously by the sensitive and charming graphics of Alessandro Barbucci. 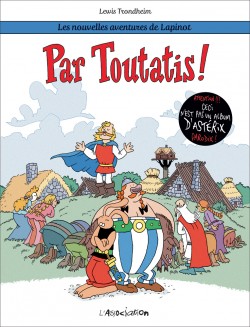 Finally, and while we find “Asterix and the Griffin” at the 15e place in the “Top 20 BD” (this is probably no coincidence), it is the sixth episode of “New Adventures of Lapinot”, entitled “By Toutatis! ”, which joined the comic strip charts in 16e position. As you have understood, Lewis Trondheim, with his usual talent and humor playing wonderfully with derision, pays tribute here to the creators of “Asterix”, through this album printed in 35,000 copies by the Association. In this very respectful, but also delirious, parody, Lapinot takes, for an unknown reason, the place of Asterix in the village of the irreducible Gaul and finds himself in the company of all the other characters… To find out more, read the documented article by Philippe Tomblaine: Trondheim cooks his “Lapinot” the Gaulish way….