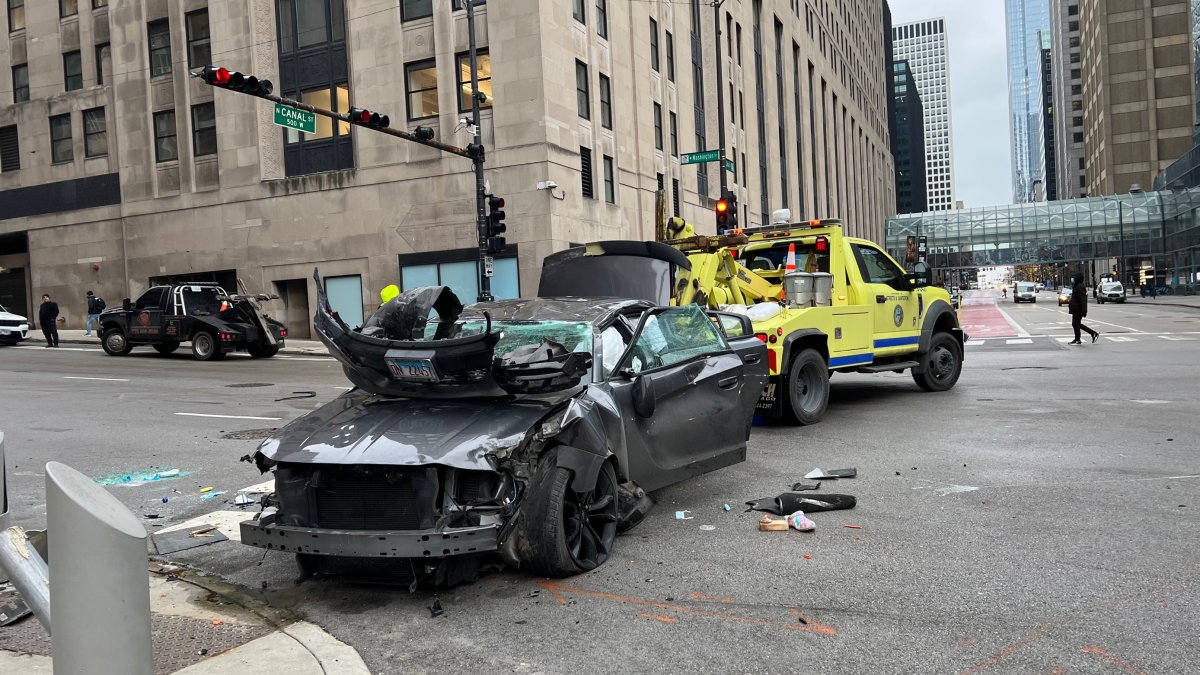 CHICAGO – Four women were hospitalized, two in serious condition, after a car rollover accident Thursday afternoon near the Loop.

Two of the women were in a car that crashed and overturned near Washington and Canal streets before 2 p.m., Chicago firefighters said.

The other two women were walking on the sidewalk when they were struck by the car and thrown against a wall, authorities said.

All four were taken to hospitals where two were stabilized and two others were in serious to critical condition, authorities said.