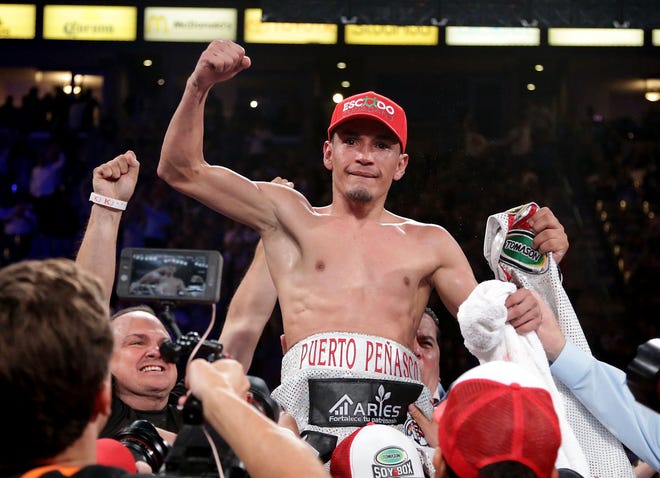 One of the most intense boxing rivalries in recent years comes to Glendale, Arizona, when Sonoran Francisco ‘Gallo’ Estrada (43-3, 28 KO’s) and Nicaraguan Román ‘Chocolatito’ González (51-3, 41 KO’s) They meet for the third time.

Both fighters share victories, so the fight this Saturday, December 3, will define the king of 112 pounds, since the vacant WBC Super Flyweight title will be at stake.

“Estrada and Chocolatito will go down in history as one of the great rivalries in the sport, and on December 3, one of these two great fighters will beat the other, which promises a great fight, it is an early Christmas present,” he said. Eddie Hearn, Matchroom Boxing promoter, organizer of the show.

It was on November 17, 2012 when González and Estrada collided for the first time, resulting in a unanimous decision win for the Nicaraguan in an exciting bout held at the Sports Arena in Los Angeles.

At that time, “Chocolatito” raised his record to 33-0, endorsing his WBA Flyweight Championship, being considered by many as one of the best pound-for-pound boxers.

The second commitment would come on March 13, 2021 in Dallas, Texas, where the fighter from Puerto Peñasco, Sonora, won by split decision to win the WBA and WBC super flyweight world championships.

The outcome of this hard-fought trilogy will come this Saturday, December 3, when both gladiators meet at the Desert Diamond Arena in Glendale, Arizona.

It should be noted that the 2021 fight was considered one of the best of the year given the style of both boxers who always go forward in a fierce way, which provides a great show for boxing lovers.

Although the main fight steals the spotlight, the co-main fight does not ask for anything, since the Mexican Julio Cesar “Rey” Martínez (18-2-0, 14 KO’s) will be facing the Spanish Samuel Carmona (8-0-0, 4 KO’s). ) where the WBC Flyweight world title will be at stake.

Carmona ‘jumped into the ring’ to replace Puerto Rican McWilliams Arroyo, who had to decline due to physical problems. Although he has few fights, Carmona has a respectable amateur pedigree, going on to represent Spain at the 2016 Olympics.

“I’m excited to get back in the ring and defend my WBC belt again,” Martinez said. “I regret that the rematch against Arroyo does not take place, but it is a great opportunity for Samuel, he is young and he is hungry for victory,” said Martínez.

“But as we say in Mexico with everything but fear, I will rise to this challenge and show that next year we are going for all the belts.”

Another of the confrontations that stands out is that of the Mexican Joselito Velázquez (15-0-1, 10 KO’s) facing the Nicaraguan Cristofer Rosales (34-6, 21 KO’s). Velázquez comes from knocking out José Soto in 6 rounds in Las Vegas, while Rosales, who was already world champion, comes from two consecutive victories.

“I’m happy to fight on DAZN,” Velázquez said. “I know Cristofer is a tough fighter, but I am hungry for success and I am ready to stand out and put on a great performance.”

Tickets for the show to be held this Saturday at the Desert Diamond Arena in Glendale, Arizona, are still on sale through Ticketmaster.