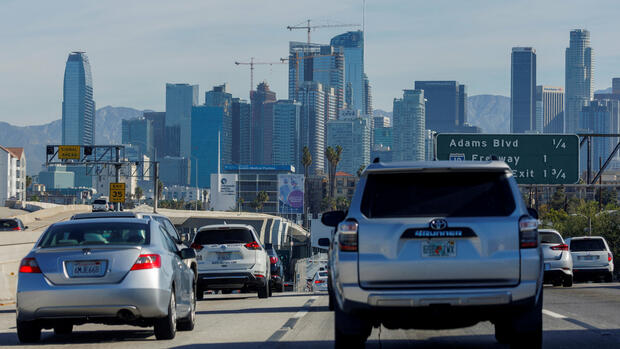 Sacramento California is getting serious about the fight against car emissions and will only allow new zero-emission cars from 2035. The head of the environmental agency Carb in California Liane Randolph spoke on Thursday of “ambitious but achievable goals” with which California is taking on a national and global pioneering role.

Governor Gavin Newsom launched the 2020 greenhouse gas reduction reform. The top representatives of the environmental authority now spoke unanimously in favor of it. Gasoline and diesel cars should gradually disappear from the streets. California suffers from poor air quality due to smog pollution in metropolises such as Los Angeles and forest fires.

The largest US automaker General Motors supports the initiative. As early as 2021, he announced that he would set up his global model range completely emission-free by 2035. California is the US state with the largest new car market in the country and is therefore of great importance for the auto industry. The rules there are also groundbreaking, with over a dozen other US states following them.

During the tenure of former US President Donald Trump, there was a bitter dispute between the federal government in Washington and California over new emissions regulations. Trump even denied the most populous US state a special right to enact stricter regulations than at the federal level. But his successor, Joe Biden, reversed this change.

The auto industry was caught between the fronts in California’s conflict with Trump. Although the manufacturers generally advocate more lax rules, they want uniform standards above all. Having to adapt the models to regionally different rules would be cumbersome and expensive. Volkswagen, BMW, Ford and Honda signed an emissions deal with California early on, drawing Trump’s wrath.

More: UK inflation: many households at risk of falling into ‘fuel poverty’