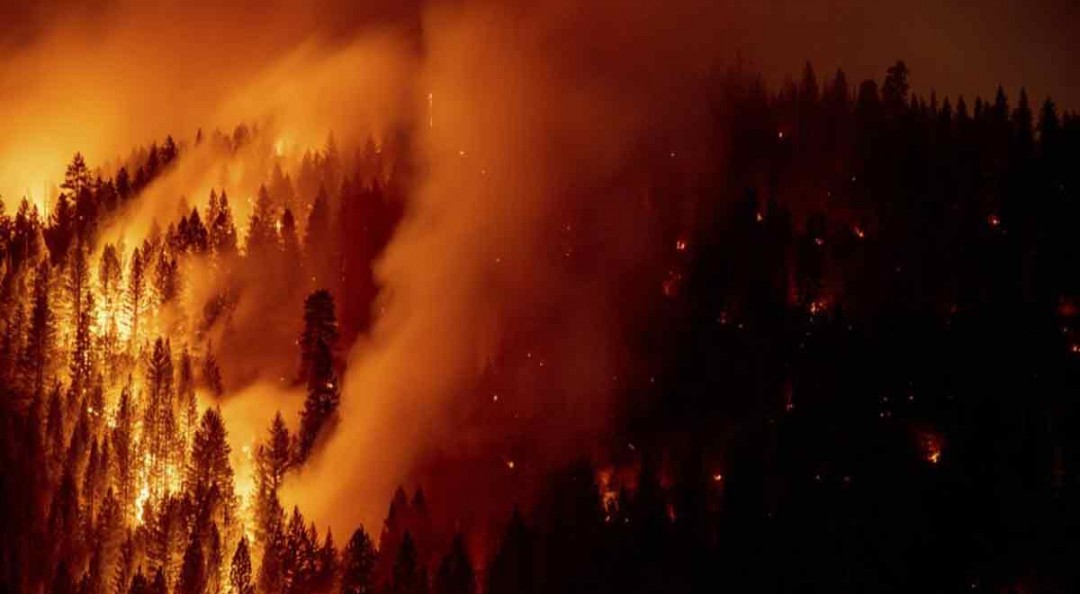 Sacramento, capital of California, went from recording a record for days without rain on Saturday, to break your historic rainfall record on Sunday. These extreme changes are increasingly frequent in the state, a sample of what awaits the world under climate change.

California is a “crucial indicator for society’s responsiveness to this climate stress.”

Located on the west coast of the United States, drastic swings are part of California’s climate, but global warming has amplified this pattern.

Very intense drought seasons that come with the risks of wildfires and heat waves, punctuated by powerful downpours with their respective risks of landslides and floods, “says Mankin.

These intense oscillations are described as “weather lashes”, and California is the state in the country where most of these weather extremes are occurring first, says the professor.

This is visible in a review of the news of the last quarter in the state: calls from the authorities to save water, deaths due to heat and cities devastated by forest fires that only this year devoured some 10,000 km2 of territory.

Thus, in some regions in the north of the state, residents went from receiving warnings about fire and smoke, to others about landslides and floods, due to the colossal storms that between Sunday and Monday advanced over the region.

The exacerbation of these extremes over the past decade in California is “consistent with what climate projections indicated,” says Marty Ralph, director of the San Diego-based Center for Western Climate and Water Extremes.

What is California’s ability to weather these types of events in the future?

I honestly don’t know. What I can say is that from the impact associated with the climatic events of this week and of the last months, Californians are not well adapted to the climate they have now, much less to the one that comes, “says Mankin.

It’s hard for me to project onto people, but when it comes to water management, it will be more challenging for today’s infrastructure to get more water from rain in short periods, “Ralph says.

This academic explains that it is possible to benefit from intense storms in short periods of time.

It will be more challenging for the current water infrastructure to receive a greater volume of water in a short time, with long periods of drought in between. “

The key is to anticipate colossal rainfall and identify its intensity, as well as increase the flexibility of canals and dams to manage these volumes of water.

If we have reliable forecasting systems, it would be possible to release extra water before storms to make room for floods, “he adds.

Sunday’s storms, which collapsed traffic in some cities, also swept away fire debris in the north, leaving some communities on alert.

See Also:  Use of masks in California schools will not be mandatory | Videos | Univision 34 Los Angeles KMEX

But despite the intensity, the water, which did contribute to ending an intense fire season, it was insufficient to counteract the drought in the region.

While it may alleviate the pressures to call for a voluntary or mandatory reduction in water consumption in the state, [el volumen de las precipitaciones] not enough for the level of drought. And the drought will be here next week, “says Mankin.

The impact of climate change in California reveals that it is not an abstract future.

Our mission to mitigate our greenhouse gas emissions, which should be our immediate focus, will prevent this from getting worse, but it will not prevent it from happening, “says Mankin, who is a member of the drought task force of the state department of Oceanic Administration. and Atmospheric.

What we are seeing is, with excellent scientific predictions, that the climate has changed and will continue to change, “says Ralph. This change, he adds,” seems to occur in slow motion in relation to the lifespan of humans. But in relation to the planet, it is happening in the blink of an eye. “