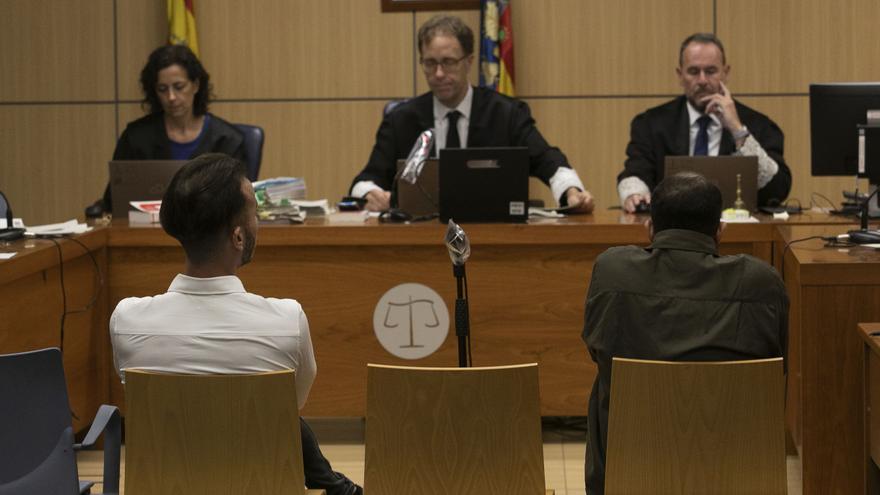 “Yo he was screaming all the time. I told them that I wanted to go, that they should leave me, that I didn’t want to… But every time he shouted, he spoke, they were kicks, chafones all over my body, they grabbed me by the hair and slapped me to make me shut up There came a time when I only cried and only thought ‘I want to go to my home’. I began to be aware of what was happening to me. So, they caught me by the hair, lifted me up and they put against the bathroom wall. One grabbed me by the hair and the other by the waist. They held me so I wouldn’t move. I was just staring at the wall there. When finishedme they tripped, from behind, they hooked my foot and pushed me. I fell. And they left! They left!”.

This is gang rape in all its rawness. The one that occurred between five and six in the morning of September 29, 2019 when an 18-year-old girl, who was going out for the first time with her friends to party in Valencia -she lives in a town in the province-, was brutally assaulted by four individuals in the bathrooms of the Indiana nightclub in Valencia. Two of the alleged perpetrators, Ivan ML and Agustin FPboth Valencians, the latter with a history of sexist violence, sat yesterday on the defendant’s bench to answer for that group rape, for which the Prosecutor’s Office asks each of them for 42.5 years. 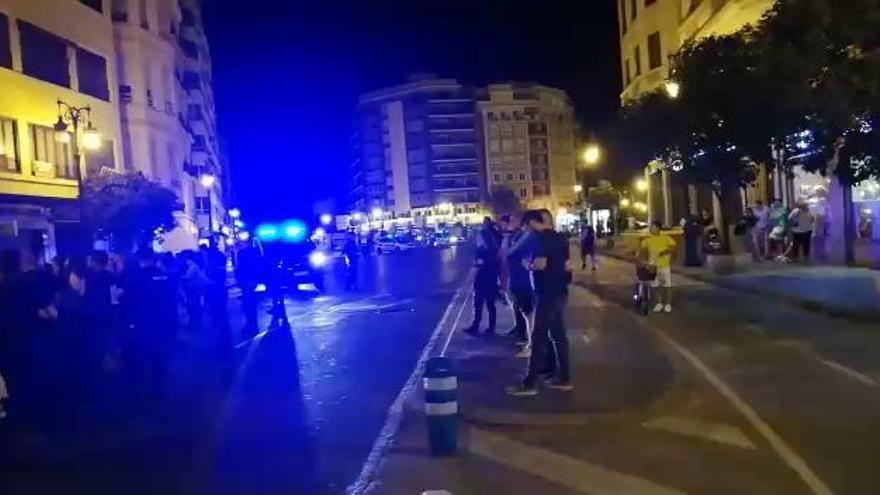 He considers each of them the direct author of a violation and a necessary collaborator of two, and asks them 13.5 years for each of those sexual assaults. Plus two for psychic damage.

Despite the harrowing account made yesterday by the victim before the second section of the Hearing of Valenciain which the young broke down and burst into tears three times and in which he barely found words to describe the most intimate moments, an embarrassment that he only managed to overcome with the incessant help, support and intervention of the president of the court, Judge José Manuel Ortega, neither of the two defendants showed an iota of emotion or empathy while the victim was reeling off what happened that night.

“I know they took turns raping me because the first one said to the other: ‘Now you, uncle'”

the young arrived at Indiana with a group of friends around four in the morning. Soon after, she decided to go to the bathroom “because I couldn’t stand it. They offered to come with me, and I told them I didn’t have to.” In the corridor common to the men’s and women’s toilets, a stranger, “the one who he was wearing a red t-shirt with the Armani logo He took my arm and told me that a boy needed help. I did not understand anything. I asked him but he just said to go, that he needed help.” He dragged her to the men’s room. “When I entered there were the other three. They surrounded me. I began to get overwhelmed, they laughed and said ‘how beautiful, how well you have chosen’. they started touching me . I said that I wanted to go and they, ‘Shut up, you’re not going to go’. They grabbed me and squeezed me.”

in moments, they ripped the brooches from her body under the skirt and they put their fingers in the vagina three of them, something that could only have the help of the judge “because I don’t know how to say the words”.

Security personnel kicked them out

“It was very fast. The one in red is the one who spoke, the one who organized. There was another in black, another in a light-colored T-shirt, and another in a navy blue polo shirt.” Later, they violently pushed her into one of the toilets. They closed the door and surrounded her. It breaks again. The judge offers him to stop. “Nope. I want to end this. One minute, please, let me breathe and recover”. The defendants continue without showing any emotion. Only one of them, the one who was wearing red, murmurs and shakes his head when he affirms that he recognized him at the exit of the nightclub “without no doubt,” confirms the national police who was with her at the time and who arrested them.

“There came a time when I just cried, I just looked at the wall and thought ‘I want to go home’»

“People started knocking on the door. And they asked what was going on. The one in red kicked out the one in blue and the one in light: ‘Go away, it’s our turn'”. They obeyed him. They hoisted her up by her hair and consummated the rapes against the wall. When they left, leaving her lying on the ground, she stayed curled up for a while.. “Not know what to do”.

Attacked by another man

When she came out, she stayed on a pillar, where “a slimy guy started sucking on her neck while she was totally in shock, terrified,” explains the friend who found her. “I’ll never forget her terrified face and when guy drooling her neck and touching her“, she concludes. That friend separated her from the new abuser and protected her in the girls’ bathroom, leaving her momentarily in the company of two strangers while he went in search of the girl’s friend,

See Also:  The Indiana Pacers in search of progress during the 2019-2020 season

From there, the group of friends, who had been looking for her for some time without success, tried to ask the security personnel for help: “They told us that it was not their problem and they threw us out on the street.” They did not even respond to the request to call the Policeman. It was the friends who did it.

«When I went the next day with the Police to the bathroom of the nightclub, they had cleaned everything with bleach»

By then it was time to closing of the premises. The National Police ordered the guards to make those wearing red shirts leave separately. Thanks to this filter, the young woman, protected by a police agent, identified the first of them, the one in red, and, a few minutes later, the second, the one in black. Yesterday he recognized both again at the trial, through a glass. Her reaction to seeing them was absolutely eloquent. The other two were never located.

Both defendants denied yesterday, again, their involvement. They hold on to the Seminal DNA on the victim was not theirs –The young woman explained that she had a boyfriend and that they had had complete sexual relations, and that the rapists did not ejaculate during the assault– since there was no biological trace of them in the bathroom either. «When I went the next day with the Police to tell them which bathroom it was, those from the dance club They had cleaned the restroom. He was all very clean, he smelled a lot of bleach », confirms the victim’s friend to questions from the prosecutor. The Scientific Police will report it in today’s session.