The man from Madrid, similar to Quique González / PIRU LAMIA

The bad thing about generating very high expectations for an artist is that the parish comes to see him wanting a lot and can leave unsatisfied. This is what happened on Friday in the Azkena room with a concert by Germán Salto, which did not match the good vibes promised by his self-titled album, his first in Spanish, nor the dithyrambs of the press and his friends from Biscay, many of them they, from Getxo, present among the hundred spectators, and to whom Germán excused himself from not greeting them if their eyes met because he had not put on his glasses to look good in the photos.

Salto officiated in a friendly, flattering and even fawning way like a flamenco from Jerez in Bilbao: he assured that Athletic is his second team, that in the Biscayan capital is where he gathers the most public after Madrid, and that we were lucky to be able to buy him the new LP, since he brought 50 and the rest has been lost by the Post Office (buf, the one with the records that the postmen have stolen from me…).

The concert was good, let no one be confused, but it had too many ups and downs: the songs in Spanish were better than in English (the language with which he recorded two albums under the name of Salto, without more), the passages of gushing electricity were more stimulating , the acting sextet did not finish showing itself curdled (the keyboardist Mamen was playing with them for the second time), the lack of the horn arrangements of the records was noted (but the many choirs were served by their squires, among them, on the right from the stage, the guitarist Anaut and the bassist Pablo Solo sharing a microphone), the session was a bit long (leaving aside the 18-minute delay in going on stage), and to make matters worse, one of the most beautiful songs, accomplished and intimists, ‘No’, between Xoel López and Cánovas, Rodrigo, Adolfo and Guzmán, was harmed by several couplings. 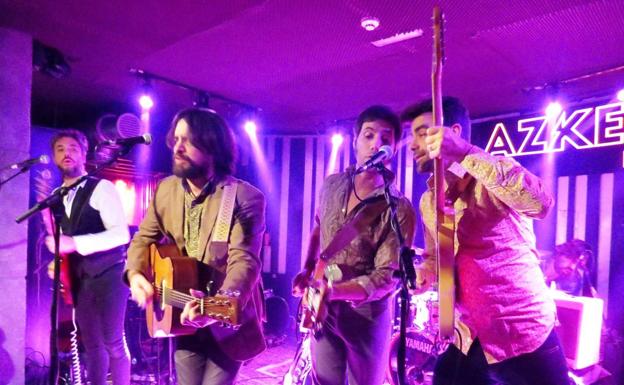 Friday at Azkena was not a disaster, but we expected more. “Okay, but doesn’t everything sound familiar to you?” Someone in the front rows commented. Yes, but that happens with all groups, for example with the Swedes on Thursday at Antxiki, Gin Lady, who a day later many spectators were still protesting because they had only played for an hour. But let’s not digress and focus on the concert by Germán Salto, with 16 songs in 80 minutes, including three versions: ‘I want you bad’ by the Kentucky CBRN (which sounded as if it were being played by the Fakeband from Getxo, some of whose members was in the room), and in the double encore a gripped ‘No matter what’ by the Welsh band Badfinger and a superb, forceful and tremendous ‘Silvio’ by the Minnesota enigma Bob Dylan attacked by three electric guitars and with a liveliness that would have been welcome before.

The Salto sextet put together three guitars, a leader who used three: acoustic almost all the time and for the epilogue two electric ones, one of them twelve strings. And with beards and a jacket, like Quique González, more alert, and flattering, don’t forget, the good old Germán Salto, whom among other reasons we admire for being the great-nephew of maestro Miguel Delibes, alternated between English and Spanish, because As he himself confessed, they don’t have enough repertoire to give a complete concert in Spanish (the thing is that their only Spanish-speaking album, the third and eponymous one, lasts just 30 minutes). And so, in Dylan’s language, his songs were less close, more stylistic or recreational, more introverted goldsmith, like the Beatles of ‘Revolver’ and also atmospherically southern (the development via Allman Brothers of ‘Girl’ and then the same but more brazen in ‘Til the mornin”). 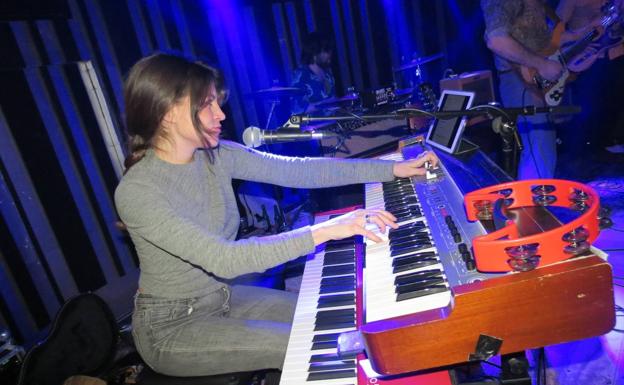 Mamen, the keyboardist, in her second concert with Salto. /

Hum…, among the five originals in English and the three foreign versions, there was only room for eight pieces in Spanish, the most palatable along with the surprise encore, with the ‘Silvio’ dylanita. In the language of Cervantes and Delibes, the psychedelic pop of the man from Madrid was similar to that of the Negativos from Barcelona (‘Nothing to do’, with its final jam), to that of Cánovas etc. breathed in Sidonie (‘Burn, smoke and disappear’), to that of the Beatles instilled in Daniel Romano and exploding as in a rock opera by Meat Loaf (‘When you weren’t thirsty’, the one that explodes blurting out «you want to see the bottle half full », the best of the session) and that of the Beach Boys, also psychedelic (‘Ciudad invierno’, ‘Vals final’), and adding another last jam via Lynyrd Skynyrd through Triana (in ‘Sólo el tiempo’).