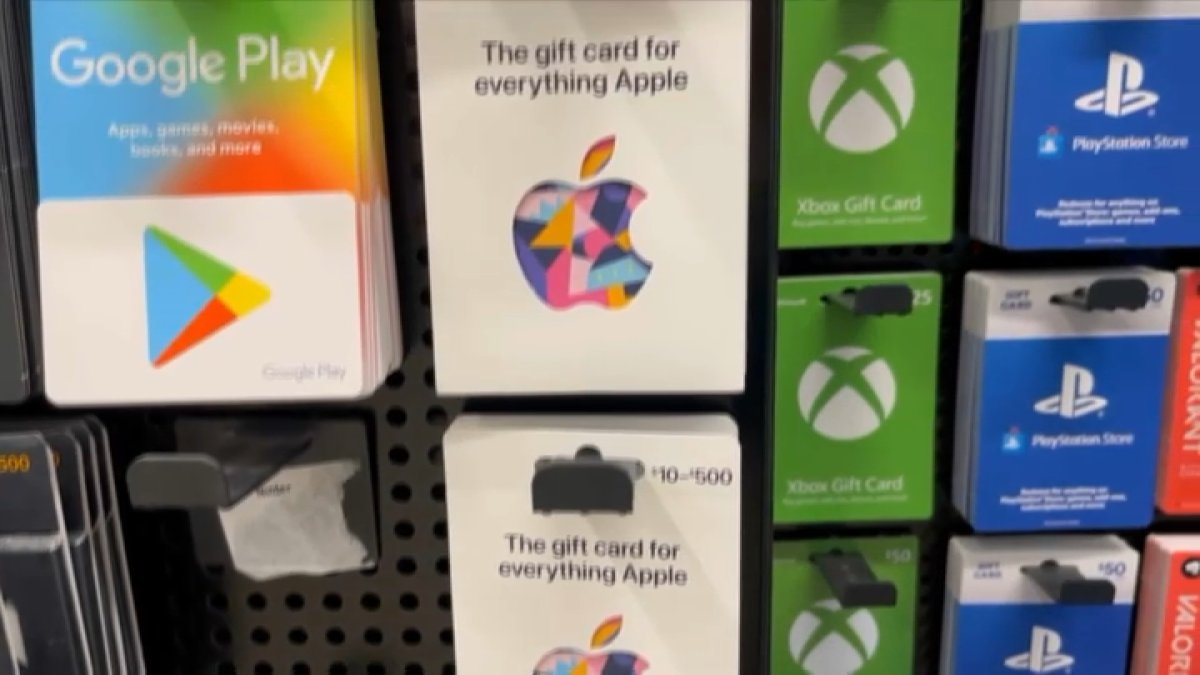 Gift cards are one of the most popular presents during the holiday season. In fact, the National Retail Federation reported that 56% of consumers gave gift cards for Christmas 2022.

Iván Callejas, a Florida resident, belongs to that percentage that gave these types of gifts. He bought four Google Play cards, valued at $50 each, at the usual supermarket where he does his shopping.

But can you imagine that when you go to spend it, they tell you that it no longer has funds? This was what happened to Callejas and his fiancée, according to what they told Telemundo Responde and this is also what the most recent scam that hackers have devised is about.

“The moment I bought the cards, they were activated. I sent them to my fiancée and the cards were not activated there,” said Callejas, whose partner lives in London and since they began their relationship they have not met in person.

Iván returned the cards to the store where he bought them and “they told me that this was not their problem, that I had to go to a Google Play page to have the problem solved,” he said.

That same recommendation that the store gave Iván, is the one that “the Federal Trade Commission” gives to people who think they have been victims of gift card theft.

How does theft work?

Scammers discreetly rip gift card packaging while the cards are still on the store shelf, stealing the number and any information they may need.

They then re-wrap the card, input the numbers into their computers, and special ‘software’ alerts them when a card is activated to empty it before the customer has a chance to use it.

“Many criminals are adapting their strategies in terms of how to defraud consumers and different companies, so companies have to continue to adopt how they do business,” said Carlos Pérez of Pérez Technology Group.

1. Shop only at well-known and trusted stores.
2. Avoid buying them on internet auction sites because the cards could be counterfeit.
3. Check the card before you buy it.
4. Make sure the card has the stickers in place.
5. Notice that the pin number is not visible.
6. If you detect a problem, look for another card.
7. Save your receipt.

Telemundo responds contacted the store where Callejas purchased the cards and after following up for several weeks, they gave a response.

Callejas the store refunded $100 of the $200 he originally paid and told him he would have to file his complaint directly with Google Play to get the remaining $100.

If you need to report a stolen gift card, go to the Federal Trade Commission link here.