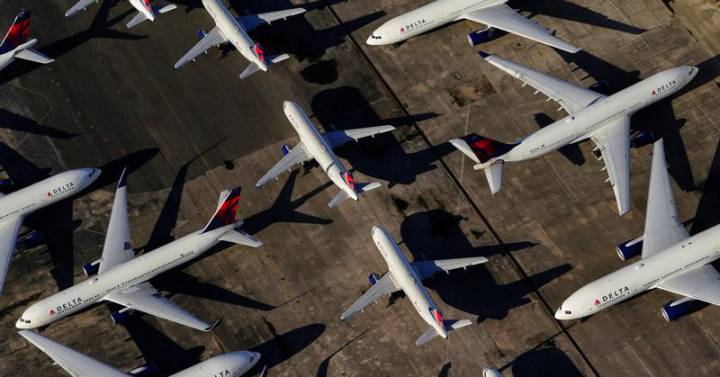 The airlines are close to breaking the corporate credit card. Since 2019, the top six companies in the United States and Europe have been saddled with an additional $ 44 billion of net debt, more than their pre-pandemic EBITDA. Even with a return to normalcy in 2022 – an increasingly unlikely scenario – paying for that will take years.

In addition to selling planes, laying off staff and asking shareholders for money, airline bosses have borrowed huge sums from banks and capital markets. Taxpayers have also contributed, and the US Congress approved, somewhat controversially, $ 54 billion to cover the salaries of ground crew for 18 months. Survival techniques have worked, to a great extent. Only Air France-KLM is close to nationalization, as the French and Dutch governments have a 29% and 9% stake respectively.

That said, the sector’s debt levels are unsustainable. Since 2019, the three major US airlines Delta Air Lines, American Airlines and United Airlines, and their European counterparts Air France-KLM, Germany’s Lufthansa and British Airways owner IAG, have increased their net debt by 63%, to $ 112 billion, according to analyst estimates compiled by Refinitiv. That equates to a whopping 4.7 times next year’s ebitda. In 2019, the year before the pandemic began, the absolute figure was $ 69 billion, just 1.7 times the EBITDA of that year.

Going back to 2019-style leverage amounts will mean years of shareholder hassle. Government support packages from the United States and Europe prevent the payment of any dividend until the state loans are repaid. Even after that, there is the question of feasibility. During the global financial crisis, Delta’s net debt soared from $ 6 billion to $ 12 billion, and it took five years to normalize even as demand for air travel recovered strongly. Since 2019, it has multiplied by 2.5. Negative ebitda for 2020 and 2021 means traditional financial sustainability metrics are in for a drag. The omicron variant may still wreak havoc on forecasts for 2022, and even airline executives wonder if business travelers will make a comeback at all.

Another solution is to pass the hat back to the shareholders. But omicron has again smashed share prices, increasing the burden on equity investors. The additional net debt assumed in the last two years amounts to two-thirds of the current market value of the six companies, which in turn could be inflated. Even when the viral thunderclouds wears off, the outlook for airline shareholders looks bleak.

The authors are columnists for Reuters Breakingviews. Opinions are yours. The translation, by Carlos Gómez Abajo, is the responsibility of Five days