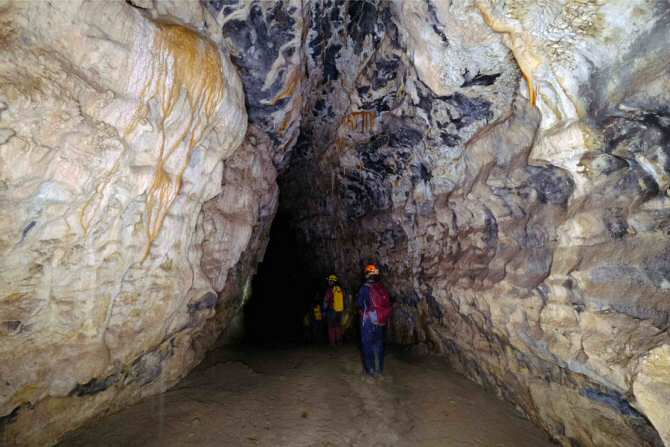 Almost a quarter of the land in the Northern Hemisphere has under it permafrost (soil, sediment and stone material mixed with ice in the subsoil). There are vast tracts of permafrost in Alaska, Siberia and the Canadian Arctic, where persistent freezing temperatures have imprisoned carbon-rich, decomposed plant and animal remains in permafrost.

It is estimated that there are more than 1,400 gigatons of carbon trapped in Earth’s permafrost. One gigaton is equal to one billion tons. To the extent that global warming progresses and the permafrost thaws, this carbon could be released and escape to the atmosphere in the form of carbon dioxide and methane, two greenhouse gases, significantly amplifying el global climate change. However, very little has been known about the current or past stability of permafrost.

Now, geologists from the Massachusetts Institute of Technology (MIT) in the United States, Boston College in the United States and others, have reconstructed the history of permafrost in the last million and a half years. The researchers analyzed cave deposits in western Canada and found evidence that, between 1.5 million and 400,000 years ago, permafrost was prone to thawing, even in the high latitudes of the Arctic. Since then, however, permafrost thaw has been limited to sub-arctic regions.

The results suggest that the planet’s permafrost went to a more stable state about 400,000 years ago, and that since then and until practically today it has been less susceptible to thawing. In this more stable state, the permafrost has probably retained much of the carbon that it has accumulated during this time. Everything indicates that he has had few opportunities to gradually release him.

Researchers analyzed cave permafrost at locations in western Canada and found evidence that, between 1.5 million and 400,000 years ago, permafrost was prone to thawing, even in the high latitudes of the Arctic, but that in the last 400,000 years it has remained very stable, retaining accumulated carbon. (Photo: courtesy of the researchers. CC BY-NC-ND 3.0)

“The stability of the last 400,000 years can work against us, since it has allowed carbon to accumulate constantly in the permafrost during this time. The current thaw could cause a release of carbon into the atmosphere much greater than in the past, “explains David McGee, a professor at MIT and a co-author of the study. (Fountain: NCYT de Amazings)