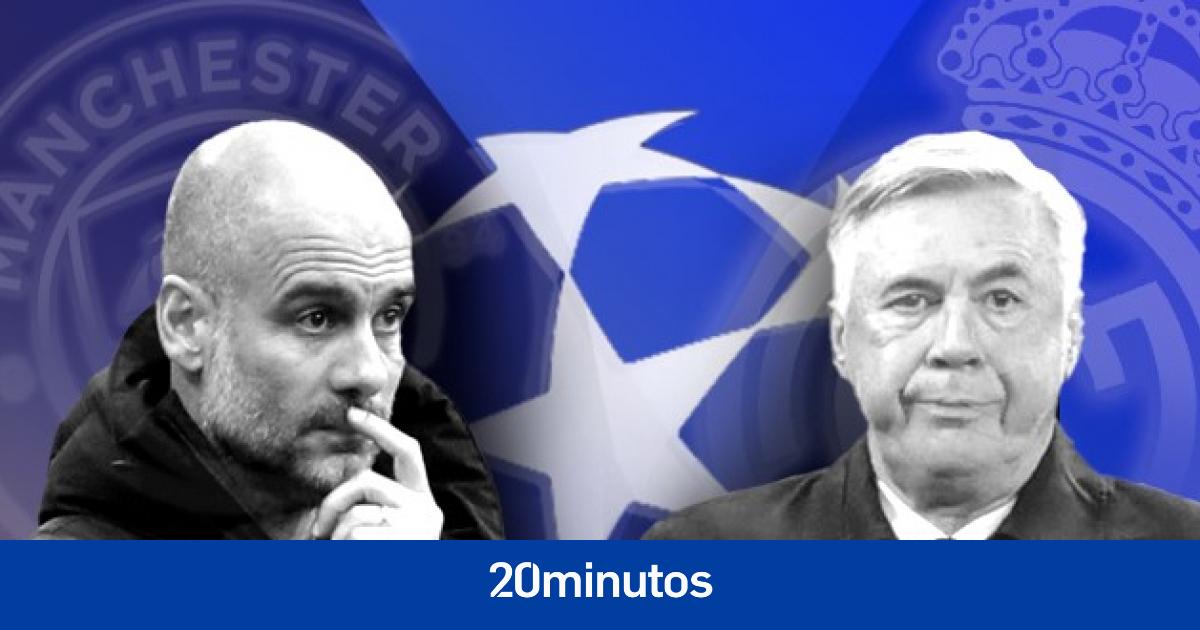 Las Champions League semi-finals present a duel between two intimate enemies: Pep Guardiola and Real Madrid. The Catalan coach and his Manchester City They represent the last obstacle for the Whites in order to reach the final, a duel (this Tuesday the first leg, 9:00 p.m.) that pits the king of the competition against a club that wants – through petrodollars – to achieve its first title in the top competition continental.

The duels between Pep and the Madrid team are always exciting. They were when he directed FC Barcelona and they have also been afterwards. Precisely the first time they saw each other after his departure from the club of his life, there was an Ancelotti-Guardiola duel, with the Italian on the Real Madrid bench and the Catalan on the Bayern bench. The result was devastating: 1-0 in the first leg with a goal from Benzema and 0-4 in the second leg in Munich with braces from Sergio Ramos and Cristiano Ronaldo in the semifinals of that Champions League that the whites ended up lifting in 2014.

six years later, Pep took his revenge. In the second round of the competition, already at Manchester City, the skyblues they eliminated Zinedine Zidane’s team: 1-2 at the Bernabéu, 2-1 at the Etihad Stadium.

Guardiola has not managed to lift the Orejona since his departure from Barça and that thorn haunts him, no matter how much the Santpedor denies it, that he gives importance to the Leagues. He was left at the gates last year, when he lost in the final against Chelsea, and now he has a new opportunity.

Real Madrid returns to the semifinals a year later and the truth is that they do so against the odds. “I remember what the press and public opinion said at the beginning of the season and now there are two teams in the semi-final that no one thought would be able to make it”, claimed Carlo Ancelotti in reference to his team and Villarreal. The Italian is not without reason, few expected that the whites, in a theoretical year of transition (waiting for Mbappé and some other star).

The technician did not reveal his plans. “I have the doubt to bet on three strikers and not just two. The doubt is Camavinga or Rodrygo“, he stated yesterday. The formula of betting on Fede Valverde as a false right winger worked very well at Stamford Bridge (1-3), but not so much in the second leg against Chelsea as well. Rodrygo Goes is living his best moment as a Real Madrid player and it is working as a shock (both against PSG and Chelsea) and also as a starter (Osasuna).

As for doubts due to physical problems, everything indicates that Mendy and Alaba will arrive, while Casemiro has it much more complicated, as Ancelotti confirmed. Without the Brazilian, it will be Kroos who occupies the position of ‘5’.

Plus problems has Guardiola with casualties. Cancelo is suspended and Kyle Walker and Stones are doubtful, which could leave their defense in the dark.

As for the clash, nobody expects anything other than a very offensive proposal from the Catalan coach, for whom the offensive style, possession and pressure from high up is something that cannot be renounced. He already cornered Atlético de Madrid in the first leg of the quarterfinals at the Etihad, and his intention will be the same.

Discovering the intentions of Real Madrid is more complex. Will he bet on locking himself up and going against it? It already worked for Ancelotti – and very well – in 2014 against Pep’s Bayern. Or will he search for a much more incisive plan? The coach did it at Stamford Bridge and the Whites had an exquisite first half.

City he has such a varied offensive arsenal that it’s scary: Foden, Sterling, Mahrez, Gabriel Jesús, Bernardo Silva and Grealish will fight for three places, backed by De Bruyne, Gundogan and Rodri.

To counteract such power, Real Madrid fully trusts Benzema, who is not little. He is being the man of this Champions League.