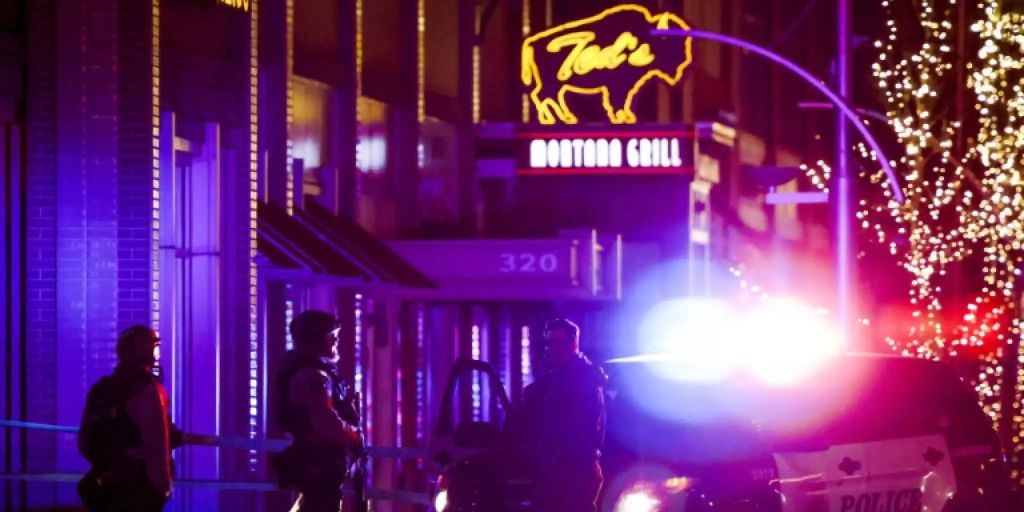 In Colorado, a perpetrator shot and killed five people after the announcement in books. One of the victims died in a tattoo parlor.

The man who started the week in U.S. state of Colorado shot five people and apparently announced his actions in several science fiction novels. And also named the victims. The names of the victims partly agree with the names of characters in a novel.

“We are aware of the books that the suspect wrote under a pseudonym.” A spokesman for the Denver city police said Thursday. “You are part of our investigation.”

The shooter, who was shot by the police and identified as Lyndon McLeod, wrote a trilogy under the pseudonym Roman McClay. He wrote this from 2018 to 2020 and called it “Sanction”.

The perpetrator was shot dead by the police

In another volume the author describes the Murder on a woman named Alicia Cardenas. Among the victims on Monday is also an Alicia Cardenas, the owner of one Tattoo-Studios.

The 47-year-old shot five people on Monday in various locations in Denver and adjacent Lakewood. There were two crime scenes Tattoo-Studios. The attacker was eventually caught by shot by a policewoman.