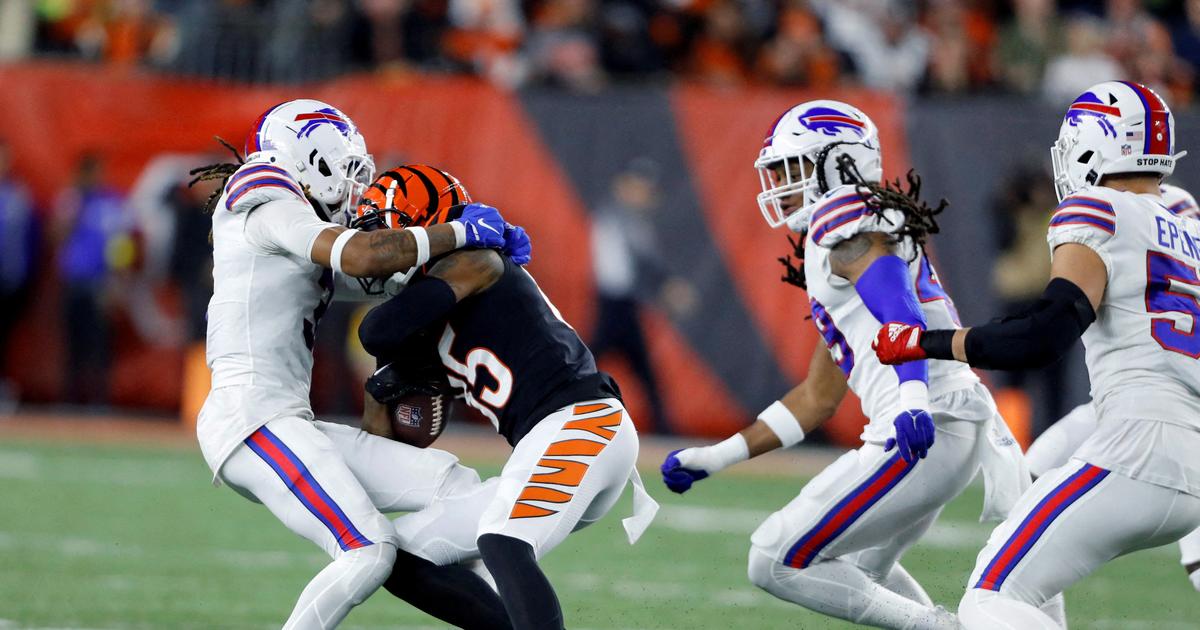 Buffalo, one of the favorites for the Super Bowl, enters the NFL play-offs with a boost of motivation, now that Damar Hamlin seems off the hook after his heart attack, the stainless Tom Brady aiming for him an eighth personal coronation , with the Buccaneers.

The 1st round, known as the “wild card”, takes place from Saturday to Monday and will concern twelve teams, but not the Philadelphia Eagles or the Kansas City Chiefs, exempted because of their status as seeded N.1, ending in top of the National and American Conferences at the end of the regular season. The Bills, perhaps the most complete team in the lot, finished 2nd in the AFC, lagging slightly mid-term. But their three losses were conceded by very little, and if the game against the Bengals hadn’t been called off after Hamlin’s heart attack, they could have ended up with 14 wins, like the Chiefs.

The NFL, for the sake of fairness, has also decided that if the two teams were to meet in the conference final, the match would take place on neutral ground, in Atlanta (Georgia) on January 29. However, the two rivals have become accustomed to meeting in the play-offs, Kansas City having eliminated Buffalo in the semis and then in the final over the past two years, after spectacular and close contests. However, we are not yet at this stage and the Bills will first have to dismiss the Dolphins, against whom they will start as favorites. Especially since Miami will not be able to field quarterback Tua Tagovailoa, subject to the concussion protocol since the end of December.

The Buffalo players, led by the excellent “QB” Josh Allen, will in fact have their minds freed from any fear linked to the fate of Hamlin, who was able to return home, ten days after his collapse on the lawn in Cincinnati, a fairly quick recovery.

In the other conference, the NFC, the shock will oppose Tampa Bay to Dallas on Monday, with for Tom Brady, who led the Bucs to the title in 2020, yet another game-cleaver to win, under penalty of seeing the question of his retirement posed again. Last year, after the early elimination in the play-offs by the future champions Rams, he announced the end of his career, before reversing this decision only 40 days later.

At 45, his future in the NFL therefore remains uncertain, with some giving him the intention of continuing in another club (Las Vegas, Miami), his spirit somewhat freed since the announcement of his divorce from model Gisele Bundchen, who wanted him to stop acting.

In the meantime, Brady was able to turn the Buccaneers around at the end of a perilous exercise, notably by leading them to two crucial victories, after overtime against the Arizona Cardinals, then against the Carolina Panthers, with remarkable performances proving that he has lost none of its qualities when it has its back to the wall.

The Cowboys, determined to replay a Super Bowl after 27 years of drought, will be an opponent not to be underestimated, with their formidable attack, guided by running back Tony Pollard (1,007 yards covered in the race this season) and receiver CeeDee Lamb (1,359 yards gained in 107 receptions). However, quarterback Dak Prescott will have to be strong under pressure, he who co-holds the record for interceptions conceded (15) over a season.