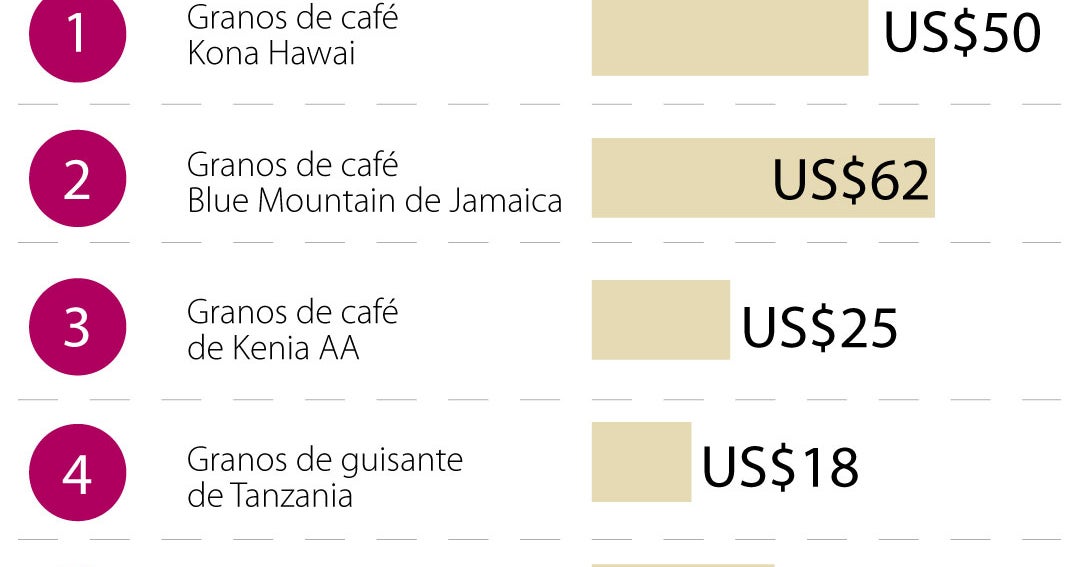 If you want to taste the best cafés in the world, prepare your pocket, because these are anything but cheap. According to the Cafemalist portal, a specialist in everything related to this grain, the most valued coffees on the planet usually have prices between US$4 and US$62 per pound.

The most sought after comes from Hawaii, one of the many islands in the United States. The Kona coffee beans from that territory have an excellent climate: the perfect combination of rain and sun and a fertile and volcanic soil on the land surrounding the island, which according to the portal “are perfect for growing coffee.”

A pound of this product can reach $50 when you factor in shipping. There is also the five-pound presentation, which extends to US$220 per bag.

In the second position, also coming from an island, are Jamaican Blue Mountain coffee beans. This product would have been grown amid the cold temperatures and (also) volcanic soil that help produce a Blue Mountain harvest, which takes almost 10 months, much longer than that of other coffee regions.

In this case, the pound can cost (according to an Amazon query) US$62. But there is also an eight-ounce presentation, which is reduced to a price of US$31.

Africa completes the podium of the most valued coffees in the world with a coffee from its soils. Kenya AA coffee beans, due to their environment with hot and tropical temperatures at the same time and a virgin soil, are characterized by sweet notes of fruits, a wine-like acidity and a syrupy body.

Contrary to what intuition would say due to the distance from which it comes, it is the cheapest of the three. In his case, the liba is close to US$25, but he also has other presentations.