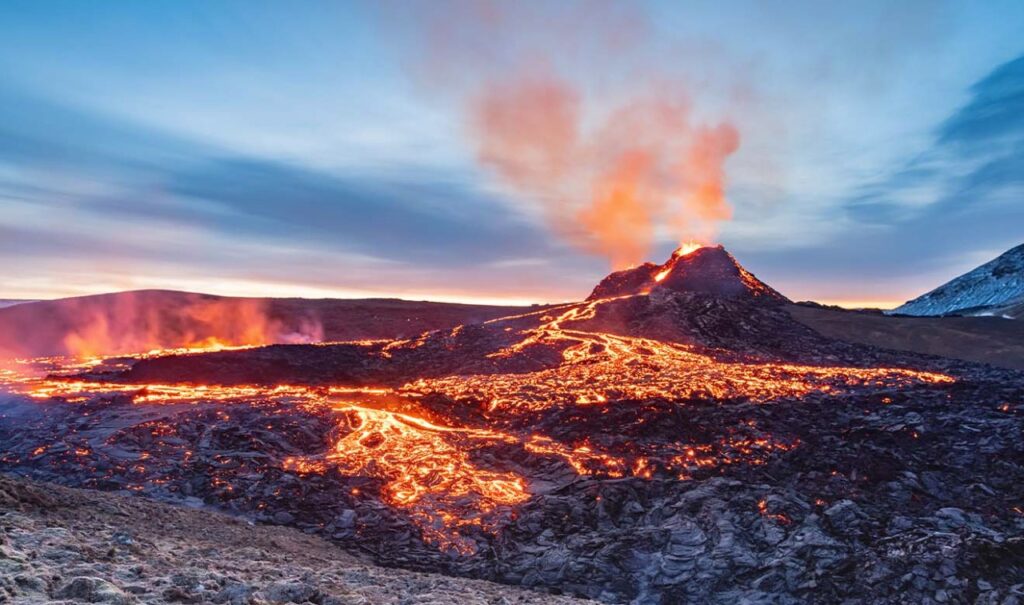 After almost 40 years, the famous wolfonHawaii’s Mauna Loa erupted on Monday, November 27. However, the eruptions from these islands are very dynamic and change rapidly, why is this?

While in Mexico and other Latin American countries volcanoes arise from the collision of plates, those in Hawaii are born from much deeper areas, at the interface of the lower mantle, that is, very close to the outer core of the Earth, Hugo explained. Delgado Granados, researcher at the UNAM Institute of Geophysics.

This situation causes the magmas, which arise from great depth, to rise to the surface. In the case of the Big Island of Hawaii there are two active volcanoes that are Kilauea and now the Long Mountainwhich had not been active since 1984. However, it was always studied by the United States Geological Survey.

Starting in April 2004, a series of earthquakes began that indicated a possible rise of magmatic material. From that year until 2007, a continuous deformation of 3 cm on the slopes of the volcano was detected. That is, you could see how it inflated.

Subsequently, a decrease in the rate of inflation began until 2010. The scientists who studied the area interpreted the event as a body of magma that was under the volcano, and calculated that it was approximately four km deep with a volume of 5.5 km³.

“It was a lot of material, but not all the emplaced magma has to come out,” said the interviewee. Starting in mid-November of this year, small-magnitude earthquakes arose, that is, between two and five km below the volcano’s caldera.

Hawaiian volcanoes are characterized by having a significant flow production. In addition, its composition is very different from that of the volcanoes resulting from the clash of tectonic plates, as it would be with Popocatépetl.

This is due to the silica content, which is quite less in Hawaiians. That is, it is less viscous, gives you more fluidity, and you can get out and about quickly.

Thus, the magma of the volcano Long Mountain (estimated at around 5.5 kms³) has good gas quality to be fluid, move on the slopes and reach the most distant areas.

Hawaiian volcanoes rarely have explosive events. “This is not to say that they do not have the potential for an eruption that could result in ashfall on vegetation and human infrastructure.”

In fact, some calculations have been made (thinking about explosive events from this volcano) and they have revealed that an ash thickness of between 3 and 5 millimeters could be produced.

“That would be in the case of an explosive event of the Long Mountainbut the probability is very low.

It was not surprising that the volcano will erupt and this is due to scientific research. For this reason, the development of basic science is important, which ultimately becomes applied science to serve society. “It’s critical both in Hawaii and in Mexico.”

On November 28, a series of lava flows were reported to be coming out, but their producing source was still confined to the interior of the volcano’s caldera.

Subsequently, on November 29, it was reported that the lava bodies were coming out of the volcano’s caldera through fissures on the northeast side along the slopes.

Therefore, the national park and all roads are closed, and the population is waiting for some indication from the United States Seismological Service to evacuate the area. Although at the moment it is not necessary.

However, all residents of nearby towns are asked to stay informed in case of a greater eventuality.