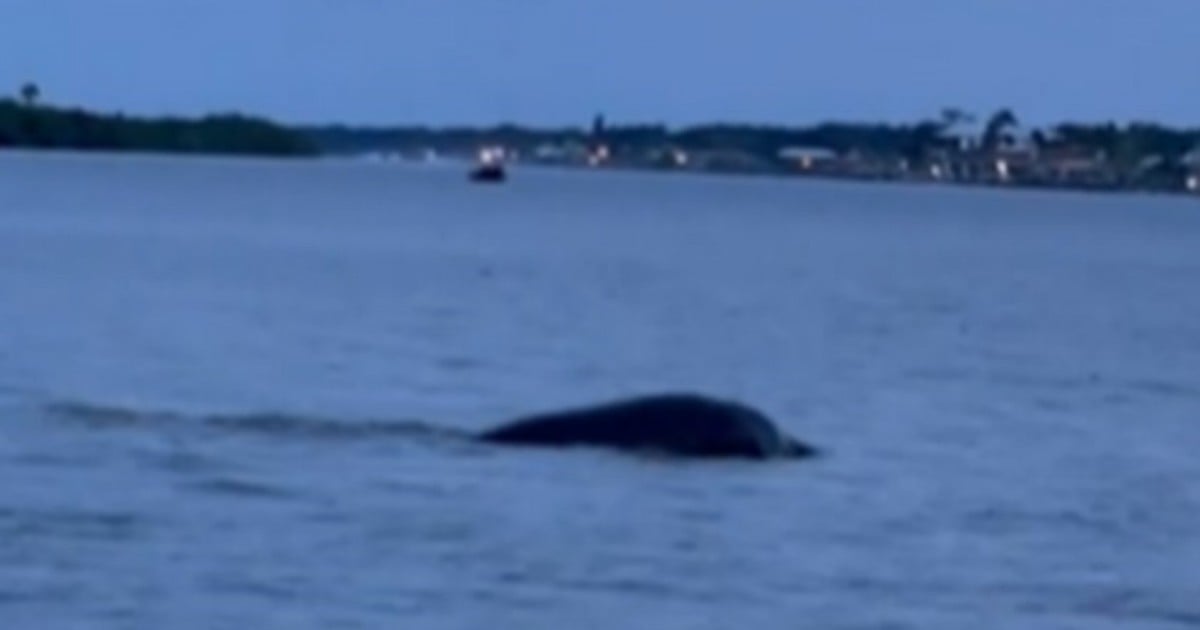 A mysterious creature about four meters long was seen undulating in the waters of a park in the city of Edgewater, FL United Statesand no one can identify what it is.

Joe Tiller, the first to spot the creature, said it was in the water with his wife, April, cWhen they filmed the “monster” in Menard-May Park. Edgewater is about 60 miles northeast of Orlando.

“I thought it was a very large manatee, but something was off,” Tiller said.

The strange sea creature in Florida

“In these waters, it is not very rare to see it”Tiller told a local outlet. “He has huge muscles bull and roll just like a bear under water. We didn’t see any fur, no head.”

Tiller, manufacturer of Boston Whaler boats, He assured that he lived in the area for five years and that he never saw anything like it. He estimated that the creature was nearly four meters long, and that it “snarled.”

The sight was so unnerving that the couple decided to walk away as the creature headed for a nearby canal.

Some said the “beast” could be a manatee.

Tiller shared his video in the group of Facebook Birds and Wildlife in Florida and asked for help identifying the creature. The video of her has since been viewed more than 70,000 times, with no clear answer.

Speculations have ranged from a manatee struggling at low tide to a black bear crossing the river. Others called it “scary” and offered no guesswork.

“I can’t find any videos that show manatees with their shoulders rollingTiller said. Adding: “His shoulders were terrifying and very powerful looking! I have never seen a manatee look like this or act like this.”

Could the strange creature be a manatee?

Manatees, also known as “sea cows,” are native Florida aquatic mammals, typically growing up to 10 feet.. However, larger specimens have been found

Manatees have two flippers on their forelimbs and a large, round, flattened, spade-shaped tail that they use for swimming. Algae grow on its back, and its skin is often wrinkled.

The manatee drama in Florida

The rapid extinction of seagrasses is causing malnutrition and unprecedented mortality of the Florida manateea marine mammal that has represented the state since 1975 and contributes to the multi-billion dollar wildlife industry of this tourist peninsula of the United States.

Manatees are starving in Florida.

The lack of food has contributed to the death of 432 manatees between January 1 and March 5, more than half of the 824 that died during all of 2018, so far the worst year for this herbivoreaccording to the Florida Fish and Wildlife Conservation Commission (FWC).

The alarm is great, so much so that Congressman Charlie Crist this week asked the federal government to activate an emergency measure that will facilitate resources and research on the causes of mortality.

“Our majestic Florida manatees are dying at a terrible rate,” lamented the Democrat, noting that, according to preliminary studies, “starvation” is the main cause.