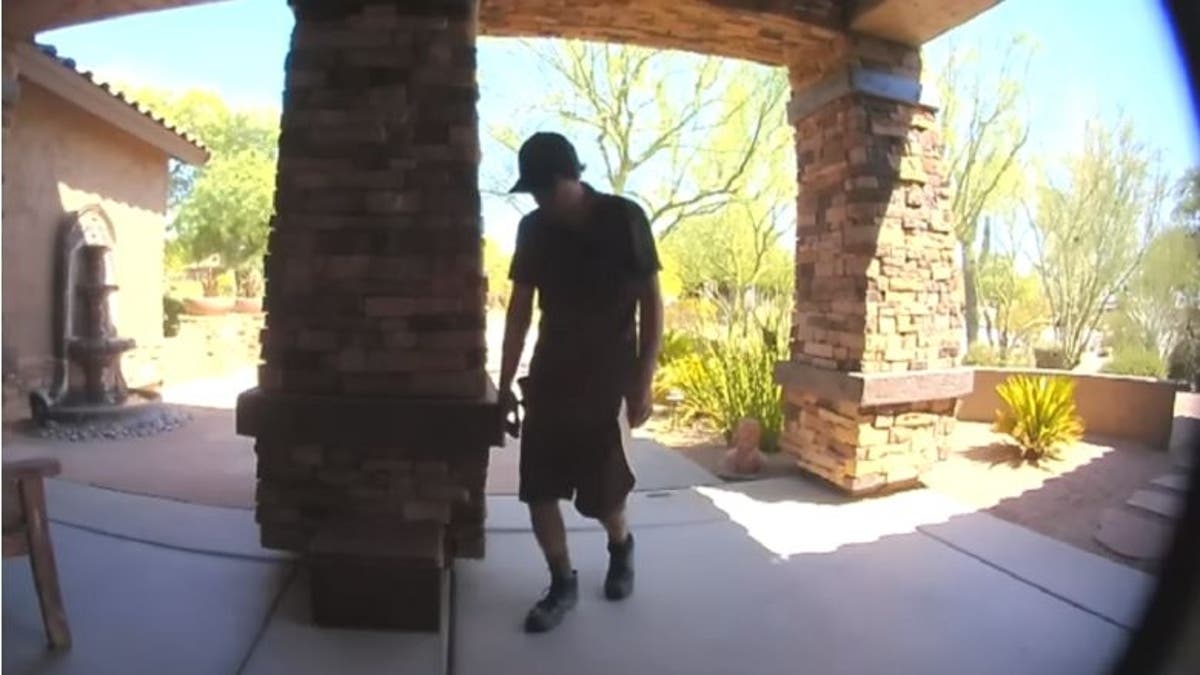 The delivery man collapsed in front of the house where he was to make his delivery and later stood up and rang the bell.

High temperatures are not only recorded in Europe. in ArizonaUnited States, is also reported extreme heat.

It is in this context that a video has spread on social networks. In the log it looks like a delivery man faints due to the heat wave in the area.

It was the cameras on a porch of a house in Arizona that captured a driver from the package transport company UPS fade off.

As seen in the images, the delivery man approaches a house in the city of Scottsdale. He is seen dizzy and losing his balance, until she falls while leaving an envelope in the house.

First sit with his back hunched and finally he lies down on the floor. After a few seconds, he stands up and rings the bell.