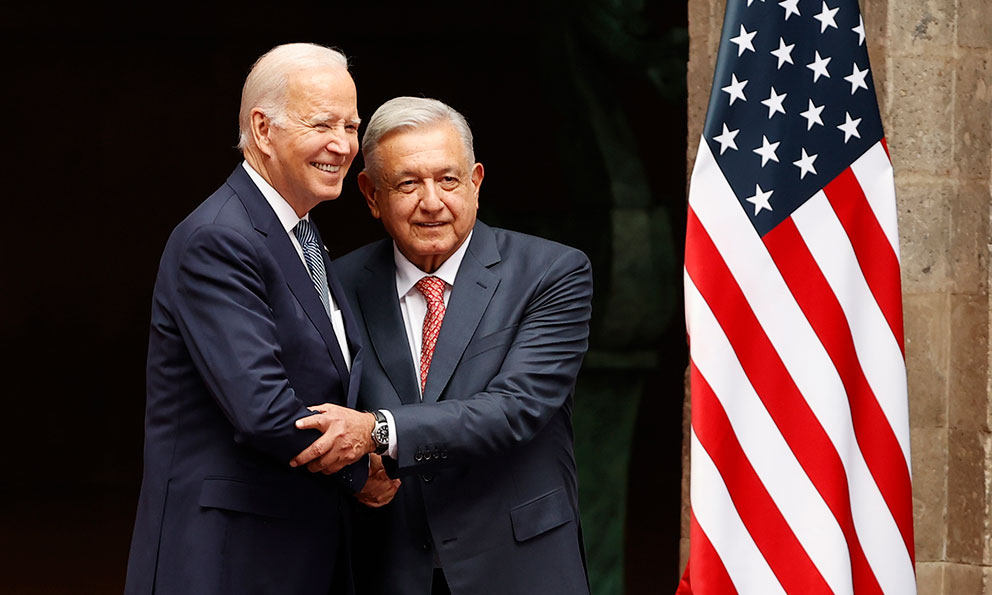 The visit of Joe Biden, president of the United States to Mexico, on the occasion of the North American Summit, has generated some comparisons between the president of the neighboring country to the north and his Mexican counterpart, Andrés Manuel López Obrador. Although these do not have to do with the tasks of the leaders and their performance in office, but with curious data from both. Here we offer you six:

1.- The US president is 1.82 meters tall, according to White House records, while López Obrador is 1.73 meters tall.

For his part, the President of Mexico was born on November 13 in Tepetitán, Tabasco, making him 69 years old, which he turned last November.

3.- Due to his Irish origin, Joe Biden was born into a Catholic family and was educated in that religion, making him the second Catholic president in the entire history of the United States; after John F. Kennedy.

President López Obrador has called himself a Christian, although not necessarily in the conception of the evangelical Church, since he explains that his Christianity has to do above all with the work and teaching of Jesus Christ, whom he sees as the greatest social fighter in favor of the poor.

4.- López Obrador does not speak English; President Joe Biden does not speak Spanish either, so it is always necessary for him to have translators at his meetings.

While Biden is not criticized for not being fluent in Spanish, the Mexican president has been accused by his critics of not speaking the language of his main business partner.

5.- Biden completed his undergraduate studies at the University of Delaware before entering the Syracuse University School of Law and became a lawyer in 1969.

López Obrador studied Political Science and Public Administration at the National Autonomous University of Mexico (UNAM) from 1973 to 1976; and graduated in 1987.

6.- Both leaders have been married twice.

Biden did it for the first time on August 27, 1966, when he married Neila Hunter; however, she and her one-year-old daughter Naomi were killed in a car accident on December 18, 1972.

With Neila he had three children: Naomi, Hunter and Beau; these two were also in the car at the time of the accident, but only resulted in injuries.

In 1977, Biden remarried Jill Jacobs, with whom he had a daughter named Ashley.

Currently, only Hunter and Ashley survive, as Naomi died in the accident and their son Beau died in May 2015 from brain cancer.

López Obrador has also been married twice. On March 30, 1980, he married Rocío Beltrán Medina, who died on January 12, 2003 due to respiratory arrest derived from Lupus disease.

Three of the president’s four children were born from this first marriage: José Ramón, Andrés Manuel and Gonzálo Alfonso.

The President of Mexico remarried in 2006 with the academic Beatriz Gutiérrez Müller, with whom he had his youngest son Jesús Ernesto.