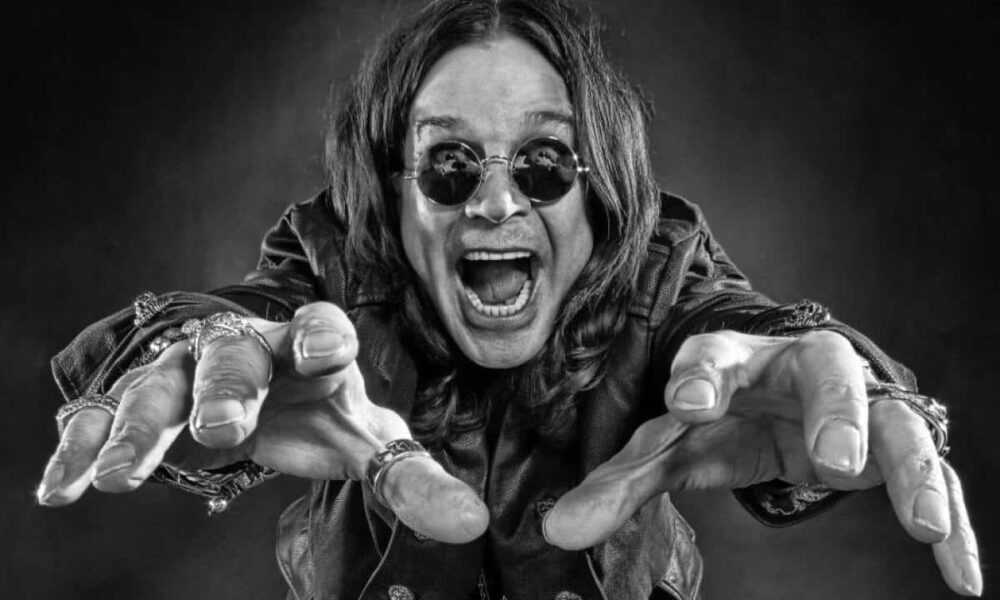 We all know the Black SabbathEnglish heavy metal band, formed in Birmingham in 1968. The “historical” formation consisted of Ozzy Osbourne (voce), Tony Iommi (guitar), Geezer Butler (bass) and Bill Ward (drums) and remained unchanged until 1978. Afterwards, there were numerous changes in the band’s staff and Iommi remained the only original member.

Ozzy Osburne the prince of darkness

When we talk about Black Sabbath, we immediately think of Ozzy Osburne! Singer and founder of the English band. But let’s go back to our story. One day, Ozzy went to a record store in his town and posted an ad on the bulletin board: «Ozzy Zig looks for concerts. He has his own amplifier». Tony Iommi e Bill Ward, passing by that shop, they saw the ad. The two went to Ozzy’s house and, after talking for a while, they decided to tag along with him. Ozzy also brought along guitarist Geezer Butler, who later became a bass player and had played with him in the Rare Breed, a short-lived band. Thus were born the Polka Tulk Blues Band.

The beginning and end of the Black Sabbath gods

The four, after a few name and member changes, gave themselves the name of Black Sabbath, taken from the title of the film by Mario Bava, a 1963 horror episode. With this band Ozzy had great success with albums such as Black Sabbath, Paranoid, Master of Reality e Sabbath Bloody Sabbathbut fame plunged him into the abyss of drugs and alcohol.

Indeed, towards the end of the 1970s, the band’s streak began to wane. Furthermore, Osbourne went through a very difficult period from an emotional point of view: the death of his father. The loss of his parent led him to a deep depression. Ozzy left the band and was then replaced by Dave Walker by Fleetwood Mac.

“With Sabbath I didn’t feel I was important to the band. I had the feeling that I was just a side dish to their show. Sure, I came with my melodies but I didn’t feel like them because I didn’t know how to play any instrument. But this happened many years ago, today when I think about these things it doesn’t seem necessaryOzzy said.

The singer continues his interview by saying that “Tony was right when he kicked me out because I was no longer committed to the band. When you write something with someone and it becomes a burden rather than an accomplishment because most of the money goes into legal fees. We were very young, we formed a band and we were successful. Our manager ran off with the money. We didn’t start making music to be accountants, but we had to be. In those 10 years we learned to get along, but then I was going crazy. We started arguing with the manager and lawyers. In the end we argued among ourselves, and it was right for me to leave“.

After leaving Sabbath, Ozzy wanted to start a solo project. So he decided to contact some musicians to start his new career. The lineup consisted of members from: Barry Dunnery on guitar, Dennis McCarten at the bottom and Frank Hall to the battery. This lineup recorded some demos for an eventual album. Before this was accomplished the band broke up. Ozzy tried to reassemble a new formation by recruiting the guitarist John Fraser-Binnie from the band Dirty Tricks, the bassist Terry Horbury and the drummer Andy Bierne. This formation was also short-lived. After this other mishap, Ozzy decided to return to Black Sabbath and to resume his place after Walker’s exit. The band, back with the original line-up, released “Never Say Die!”, the singer’s latest work with Black Sabbath, ostracized by many critics and fans.

In addition to the record’s failure, Ozzy’s relationships with the other members were strained by his excesses. The differences became increasingly unsustainable and the singer was fired again by his colleagues for drug and alcohol abuse. Throughout Black Sabbath’s career, Iommi hit Ozzy several times when his attitudes crossed the line. Ozzy defended himself by saying that his drug use was neither lower nor higher than that of the other members.

In 1985 there was the rapprochement, the questionable reunion of Black Sabbath for Live Aid. Meanwhile Ozzy had taken his revenge thanks to the success of the first three solo albums, “The Blizzard Of Ozz”, “Diary Of A Madman” e “Bark At The Moon“.

Ozzy said: “At Live Aid my stepfather sued me and I was drinking a lot in those days, I was bloated. It was not a good experience and I thought I would get my revenge on the band. But the reality is that it was simply the first time I’ve seen them since I’ve been gone. It wasn’t a tragic experience and I didn’t tear my hair out wondering why they fired me. It was just the Sabbath“.