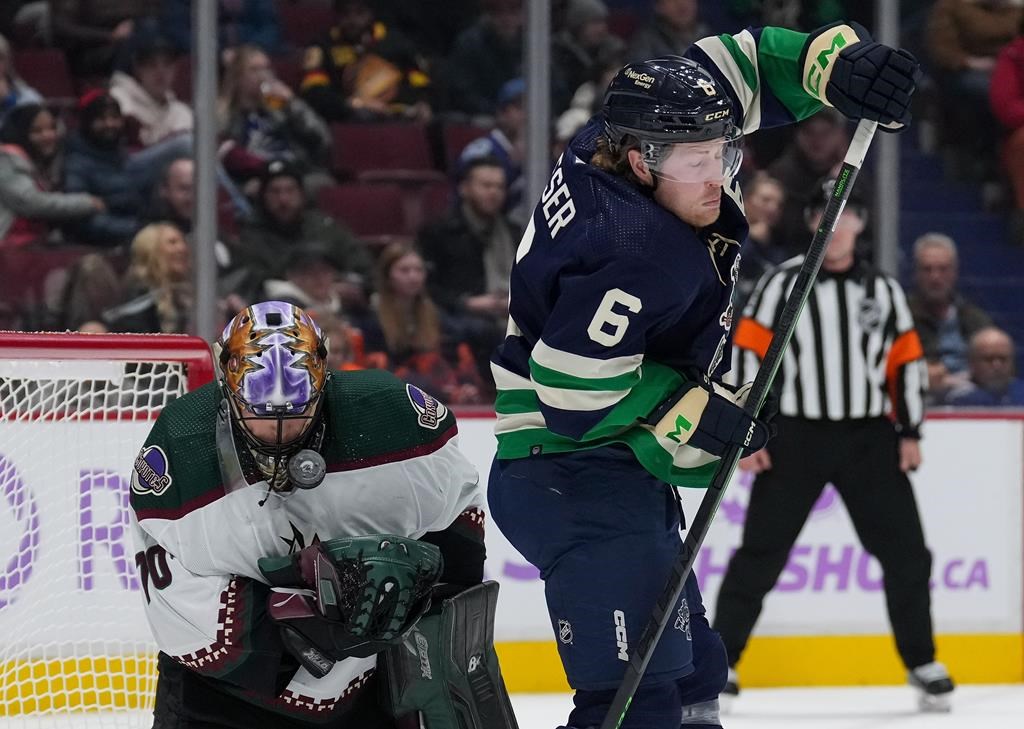 VANCOUVER — Bo Horvat scored with 50.1 seconds left in overtime as the Vancouver Canucks beat the Arizona Coyotes 3-2 on Saturday.

Brock Boeser, who was scheduled to be left out of the lineup but took part in the game due to an injury to Dakota Joshua, also scored for the Canucks (10-12-3).

Jakob Chychrun and Christian Fischer hit the target for the Coyotes (7-11-4), who haven’t won in their last four outings.

Spencer Martin stopped 21 of 23 shots at the Canucks goal. He takes over from Thatcher Demko, who is expected to miss about six weeks of action due to a lower body injury.

Karel Vejmelka made 29 saves for the Coyotes.