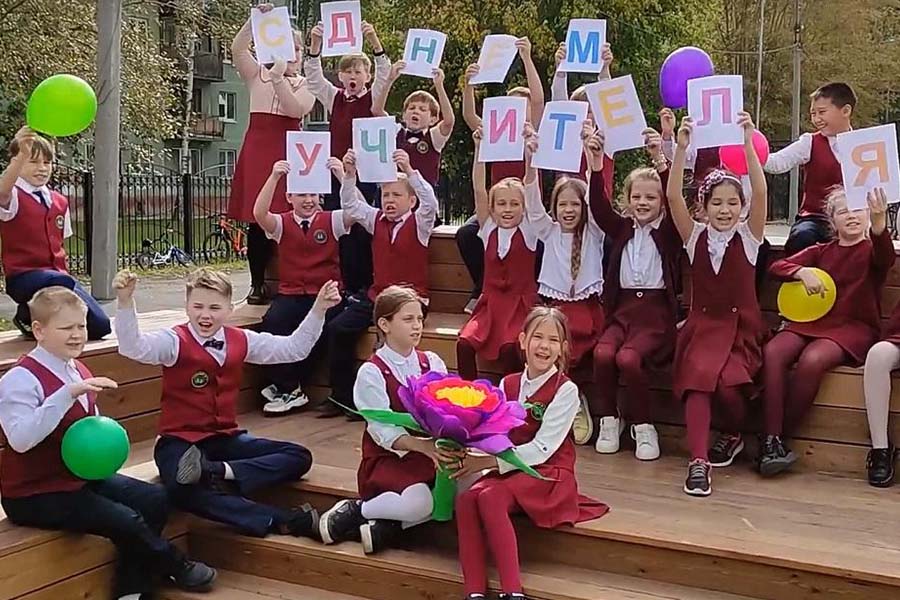 In the Tyumen region, a congratulatory marathon #CoolChallenge was organized for teachers. The guys filmed videos and posted them on the VKontakte social network with the action hashtag. A total of 70 touching video clips were filmed.

In the nomination “Creative” the victory was won by students of the 4th “A” class of the gymnasium No. 16 of the city of Tyumen. The guys in their video danced, jumped, inflated balloons, made paper flowers, and at the end of the video there was a friendly congratulation addressed to the teachers and their class teacher Ksenia Tsareva.

In the nomination “Mass” the best were the students of the third building of school No. 92 in the city of Tyumen. Under the guidance of teacher Marina Gulenkina, the second-graders performed rap and filmed an incendiary clip.

And in the sports nomination, the most creative, according to the jury, was a video congratulation from the students of Vikulovskaya school No. 1. In their video, the guys talked about the love of physical education and congratulated all the teachers. The winners of the competition will receive diplomas, and the whole team will be able to take part in an exciting quest with an exciting plot based on computer games to unite the class.

Earlier, the Uchitelskaya Gazeta online publication reported that a concert dedicated to the Teacher’s Day will be held in Krasnoyarsk in the Congress Hall of the Siberian Federal University on October 5. More than 600 teachers from 61 municipalities of the region are invited to it. On the same holiday, 50 teachers, school directors, educators, college teachers, teachers of additional education will be awarded the honorary title “Honored Teacher of the Krasnoyarsk Territory”. They will receive cash rewards, badges and certificates.

See Also:  A patriotic center for youth will be created in Chuvashia - Rossiyskaya Gazeta