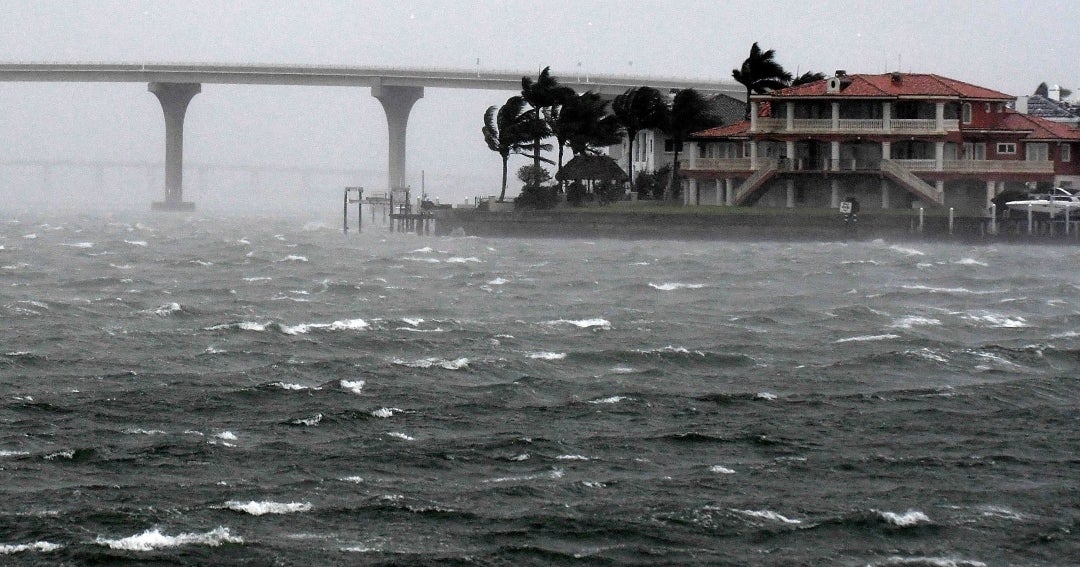 Although much of southwestern Florida As Hurricane Ian is braced for a storm surge of up to 18 feet, Tampa Bay is experiencing the opposite: strong winds are driving water away from shore.

As the massive storm approaches landfall south of Tampa, the winds are actually “sucking” water out of the bay, revealing the sea floor. Ian is about to become a Category 5 hurricane, the highest rating on the five-level Saffir-Simpson scale.

Video from Matt Tilman of Bayshore Blvd in Tampa. The bay being sucked out. #hurricaneian #ian pic.twitter.com/F54Lv1r5KV

The storm is pulling water out of Tampa Bay because hurricane-force winds rotate counterclockwise in the Northern Hemisphere. Since Ian is passing through south Tampa, the winds are now blowing from east to west, pulling water out of the bay. Once the storm makes landfall Wednesday afternoon, those same winds will likely start pushing water in the other direction, causing a storm surge.

Florida’s largest utility company has warned customers they could be without power for days as Hurricane Ian threatens to cause catastrophic damage to the state’s power grid.

Florida Power & Light, which has spent billions of dollars hardening its power system since a series of hurricanes tore through the state more than a decade ago, said Wednesday it expected “widespread outages” across much of its service territory. and was preparing to rebuild parts of its system. Duke Energy also warned of extensive blackouts.

According to the National Hurricane Center, the storm’s peak winds of 155 miles (249 kilometers) per hour can bring down power poles and knock trees into power lines, causing prolonged outages. Florida Gov. Ron DeSantis has warned that heavy rains can also down trees and damage electrical equipment.

There will be “widespread power outages, particularly in Southwest Florida,” DeSantis said during a news conference Wednesday. As of noon, there were 200,000 customers without power statewide, said DeSantis, a Republican. Those numbers will be a “drop in the ocean” compared to what will happen in the next few days, he added.

More than 30,000 utility workers in 26 states have mobilized to help restore power once the storm passes, said the Edison Electric Institute, a trade group.