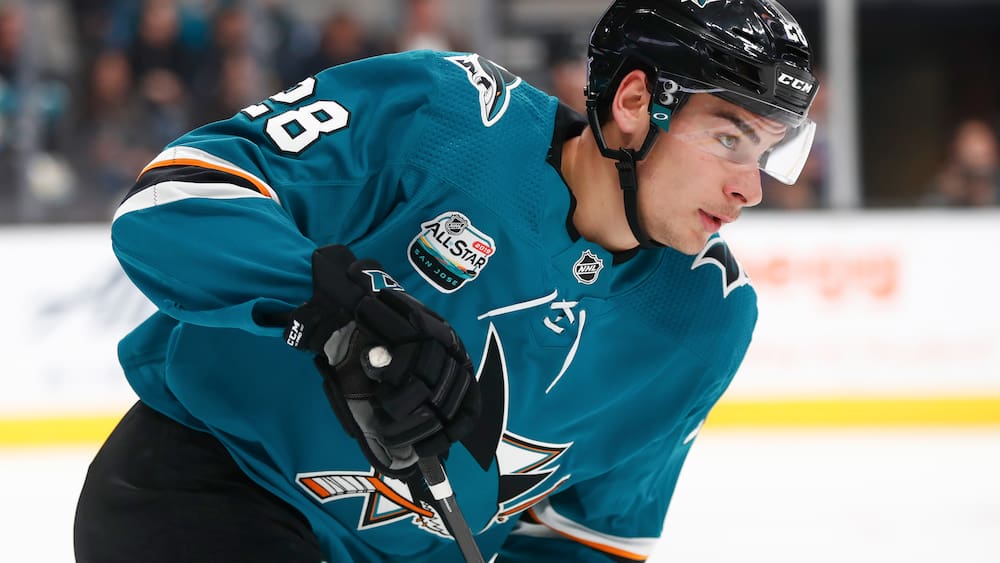 VIEW: Timo Meier, where do I catch you right now?
Timo Meier: It’s seven in the morning, just got up and in my hotel room in Arizona. Today we have blood tests and before that we are not allowed to eat anything. That’s why I was able to sleep a little longer.

How was your arrival and arrival? You wouldn’t ask that under normal circumstances …
The flight and the trip were a bit more complicated than usual. Fortunately, Nino Niederreiter was on the same flight to Washington, and with a friend the time passed a little faster. After that our ways parted. Here in Arizona I first had to be in quarantine for a week and get tested daily. You get used to it, for me these tests with the stick in my nose are not as bad as they are for others.

How will the training camp go? In a bubble like the spring NHL playoffs?
Yes and no, we can move freely in the hotel complex. And it’s not that we’re not allowed out. But we should limit our contacts with the outside world as much as possible, i.e. not necessarily go to restaurants and shops.

And is the team in Scottsdale, Arizona because the California borough where San Jose is located doesn’t allow group training?
Exactly, sport in general is not yet permitted there. That’s why the 49ers football team is here in Arizona.

You have noticed how many positive cases there have been in the NL and SL teams in the last few months. Do you fear something similar over there?
No, I think the controls here are a little stricter. The players in Switzerland isolated themselves but had the opportunity to go to restaurants. Or live with their families and automatically have more contacts. Here the players don’t have their families with them and so the social contacts are less. And with the daily tests you can quickly be certain. In addition, the protective measures are very strict. For example, we all shower in the hotel …

… you are not allowed to shower in the cloakroom?
Didn’t stand now, no. We are tested before taking the bus to the ice rink. Masks are compulsory everywhere, we can only take them off when we go on the ice. As soon as we get off the ice, we have to put them back on. In the cloakroom we have partitions between the seats. The hygiene measures are extremely important. This means an enormous amount of work for our material supervisors and supervisors. So I hope that everything goes well and everyone stays healthy.

New Year’s Eve in the training camp, how should you imagine that?
Certainly not with a big party (laughs). Because training is due again the next day. And with this tight schedule until the start of the season, every day is important.

You had your last serious fight ten months ago. How does that feel?
Funny. Also because I haven’t been with a team for so long. In the summer I trained a few times with the SCRJ Lakers on the ice and was once on the ice with the Herisau 1st division team. But otherwise I hardly had any team training during the whole time. So we have to make good use of these two weeks here and accelerate in order to get back to our game speed as quickly as possible.

Do you have an advantage at the start of training because you were able to get on the ice in Switzerland?
Most of us have been on the ice regularly, we are on a similar level. It’s the game situations that you miss and where you get better. Some of us have been able to play in the last few months, for example in Sweden. Those may have a slight advantage in the beginning.

Would you have liked to play a few NL games?
Of course I would have loved to play somewhere. But the Sharks organization decided it was that way, which was understandable to me. I missed playing hockey and now I’m all the more hungry for it.

A quick look back: You were elected MvP of the Sharks after the unsuccessful last season – a consolation for the missed playoffs?
No not at all. Last season was disappointing. From a team perspective, that we missed the playoffs. And I personally know that a lot more is possible and that my performance was not what I had imagined. In the meantime everyone had enough time to work on themselves. The hunger to give full throttle again and the joy of being together again is great.

You hold the Swiss NHL point record with 66 points, scored your first NHL hat-trick last season and, on average, had the most ice ages of your career. Are you interested in such statistics?
If I’m not being honest. If so, then I’m interested in the team statistics. Of course it’s nice when you score goals. But I’m not chasing records, I want to be able to help the team. This is my first thought when I go into a game. To make the team better.

You know that you did 155 checks last season?
(laughs) No, it’s the first time I’ve heard that.

Is that a lot or a little?
I should have a comparative figure.

No Sharks striker has placed more checks. Are you surprised now?
Yes, something is. I’ve always tried to play physically too. But I don’t think before every game, I have to do so and so many checks today. A check at the right time is part of my game.

And you don’t mind that everyone can look up your payroll, $ 24 million in four years?
(smiles) It’s just like that in the NHL. Perhaps I would have preferred it not to be possible. But I see the positives. This transparency makes contract negotiations easier. So you know which player earns how much of which caliber.

Can you imagine, like your colleagues Josi and Streit at SCB, investing in a sports club? FC St. Gallen, for example?
Maybe I’m a little too young for that (laughs). But I love my sport and I am a passionate fan of FC St. Gallen. Let’s see what will happen in the future. Now my focus is to put everything into my career and have a long NHL career.

You are about to enter the second season of your big contract. Will your role in the team continue to grow?
I hope so, of course. I want to take a step forward. We had a few important departures in the team, with Joe Thornton a big leader left. This now gives younger players the space to adopt more of those leadership qualities and fill the void. I see that as my challenge. It starts now in the training camp. Although I am still young myself, I can help other younger players and thus shape the team spirit.

Are you not afraid of more responsibility?
No not at all. I want responsibility. In terms of the Ice Age, the more I can play, the happier I am. And besides the ice cream, that I also speak up in the cloakroom, help the boys and also make sure that everyone feels comfortable and can do their best.

Will you miss the sight of bearded Joe Thornton?
Fortunately, Brent Burns’ beard is also impressive (laughs). But we will definitely miss Joe’s great personality.

What does the two-week road trip at the start of the season (from January 13th) mean for your team?
We had that in previous years. In our situation it plays into our cards because we can’t go to San Jose anyway. We now have even more time to develop our team spirit. This is important to get the season off to a good start. If we can successfully master the first road trip, then we start the season with a good feeling. It is our goal to be strong away from home too.