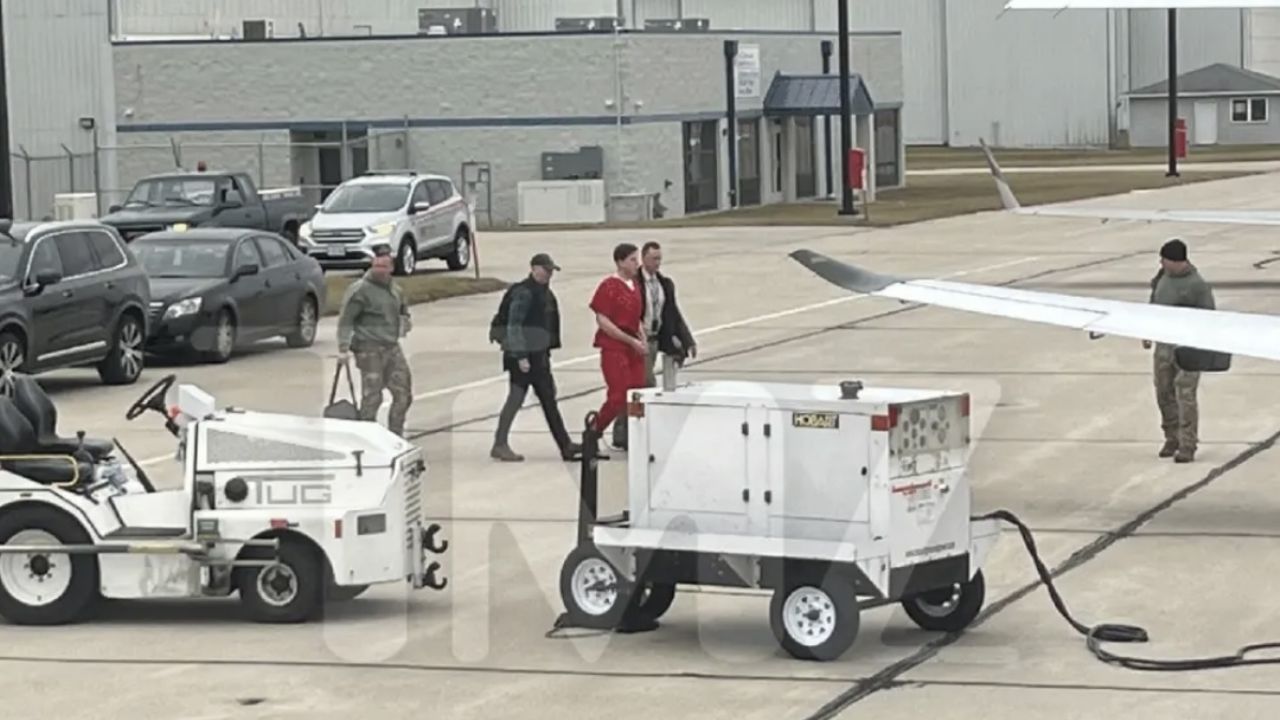 An entire Illinois airport was evacuated this Wednesday so that Bryan Kohberger, accused of the murders of four youths in Idaho, could be transferred to Moscow.

Shackled, the former criminology doctoral student was herded from a private jet to a Flightstar in Champaign around 11 a.m. Wednesday, photos obtained by TMZ show.

At least three armed officers accompanied Kohberger, dressed in a red jumpsuit, to the airline’s restrooms, which were completely evacuated so the alleged killer could use the facilities.

Employees were even asked to leave the building during the lockdown, the outlet reported, which lasted until Kohberger re-boarded his private ride.

The 2015 single-engine fixed-wing Pilatus carrying Kohberger to Idaho was being refueled while he was inside the empty building, eyewitnesses said.

The plane is reportedly owned by the Pennsylvania State Police, whose officers accompany Kohberger the roughly 2,400 miles to Moscow, Idaho.

Kohberger will be extradited to that city to appear in court and face charges in the Nov. 13 murders of University of Idaho students Kaylee Goncalves, Madison Mogen, Xana Kernodle, and Ethan Chapin.

The alleged killer was pursuing his doctorate in criminology at Washington Pullman State University, less than 10 miles from where the students were found murdered in their beds in their off-campus home.

Kohberger was arrested last week at his parents’ home in Albrightsville, Pennsylvania, after driving cross-country from his home.

More details about the case and Kohberger’s alleged involvement are expected to be revealed when he first appears in court in Idaho, after which prosecutors will be able to release his probable cause affidavit.