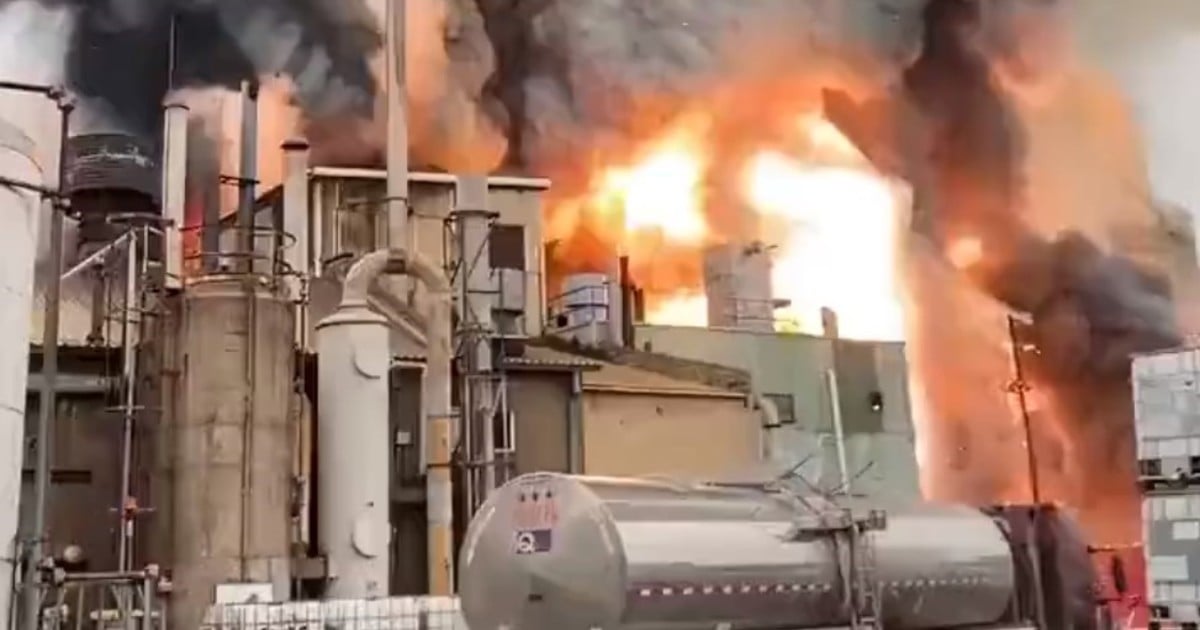 The fire started after an explosion in the shipping area of ​​the Illinois factory. A dangerous green substance was released in the area and they ask the neighbors not to leave their houses.

An impressive fire in a chemical plant located in the state of Illinois, United States, caused nearby residents to have to take refuge in their homes in view of the danger of possible poisoning.

According to the police of the town of La Salle, around 9 on Wednesday, an “explosion” occurred in a container in the shipping department from the plant called Carus Chemical, located at 1500 8th Street.

It is a chemical factory founded in 1915, which “supplies products and services for municipal water treatment, wastewater and air purification, and soil repair,” according to the company’s website.

Meanwhile, the La Salle Police Department issued a statement warning nearby residents to stay away from a green substance that was released “in the area” as a result of the fire: “Residents living nearby are asked to take refuge in their homes“, was the request.

“Attention La Salle residents of the 3rd and 4th arrondissements,” the update reads, “due to recent events, an oxidizer (which appears to be green in color) has been released into the area. DO NOT touch this substance. If you see this substance near or at your residence can be disabled“, they warned.

La Salle Police statement on the fire at a chemical plant.

The statement then goes on to instruct residents on how to deactivate the substance, saying, “to deactivate, you will need a 1:1:1 mix of 1 gallon water, 1 gallon peroxide, 1 gallon vinegar.”

Photos and video from the scene show a huge column of fire and smoke billowing from the badly damaged plant and rising into the sky, approaching homes and businesses.

In the last hours, the La Salle police also said that the fire is under control, although they maintained the warning to the residents of the place about the chemicals.