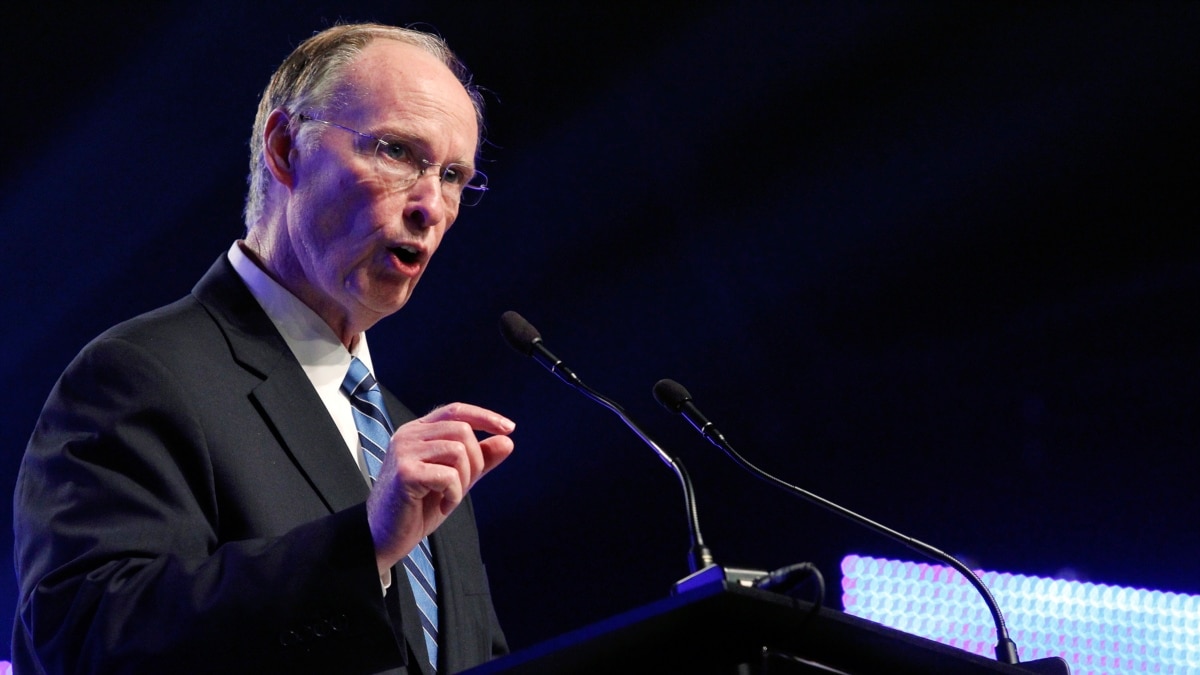 Monday, after more than a year of scandal, the governor, divorced, threatened with dismissal and criminal prosecution, resigned.

“I have spent the past year in deep and heartfelt prayers for our state and our people,” said Robert Bentley, a tall, thin man with a bald head, looking contrite. “I pray every morning for wisdom, help and forgiveness for the sins I have committed”.

This ending concludes the drift of a once respected politician, devoured by a belated amorous passion but animated by the equally powerful desire to protect his reputation by all means, including those of the State.

In a region plagued by corruption, where many Republican and Democratic officials ended up behind bars, the fault was too flagrant, and the entire political class ended up letting go of the Republican leader.

“It’s so shocking coming from him, it doesn’t sound like his personality at all,” local journalist Leada Gore of the Alabama Media Group, who covered the whole affair, told AFP.

The lovers were, rather quickly, negligent. As early as 2013, Dianne Bentley, the very worthy wife of the governor, had doubts…

Ms. Mason, a former television journalist now in her forties and herself married, quickly rose through the ranks, from press officer to communications director and then omnipresent political adviser in the life of the head of the executive of this conservative and poor state of the South, in full “belt of the Bible”.

She regularly sleeps in the guest wing of the Executive Residence. The governor starts work earlier in the morning, later in the evening. One day he has makeup on his shirt. The adviser invites herself as she pleases into her office.

In 2014, Robert Bentley got the wrong recipient on his iPhone and wrote to his wife: “I love you Rebekah”, punctuating the message with an unusual rose emoji.

Dianne Bentley, neglected, wants to get to the bottom of it and records her husband without his knowledge, with his phone hidden in his purse in their second home, while Robert Bentley calls his mistress.

“I love you, I love talking to you,” Robert tells Rebekah. He describes aloud how he wants to approach her from behind, touch her chest…

From the moment that Mrs. Bentley has this recording, the story of morals changes.

The governor sends police officers in charge of his protection to collaborators in order to find the recording, and to silence them.

He pushes uncooperative members of his administration to resign, or fires them by accusing them of various fabricated misdeeds.

He also flew Ms Mason on his plane, breaking rules that prohibit taking on non-civil servants, Rebekah Mason working from her own consultancy, paid by Mr Bentley’s campaign committee.

In September 2015, the Bentleys announced their divorce to everyone’s surprise, after 50 years of marriage. In March 2016, the case broke public, with the leak of the famous recording of the handbag.

But the coup de grace came in the form of a damning, very detailed report released Friday by the local House of Representatives in view of impeachment proceedings, which had just begun on Monday.

“Both President Nixon and Governor Bentley used law enforcement and government resources to their advantage,” author Jack Sharman charged Monday, comparing him with fallen former President Richard Nixon. in the Watergate affair in 1974.

Separately, an ethics commission sent the prosecutor a file relating to irregularities linked to campaign funds.

“It’s a good story of Southern Gothic,” concludes journalist Leada Gore, citing this literary genre mixing the supernatural and the strange atmosphere of the American South.