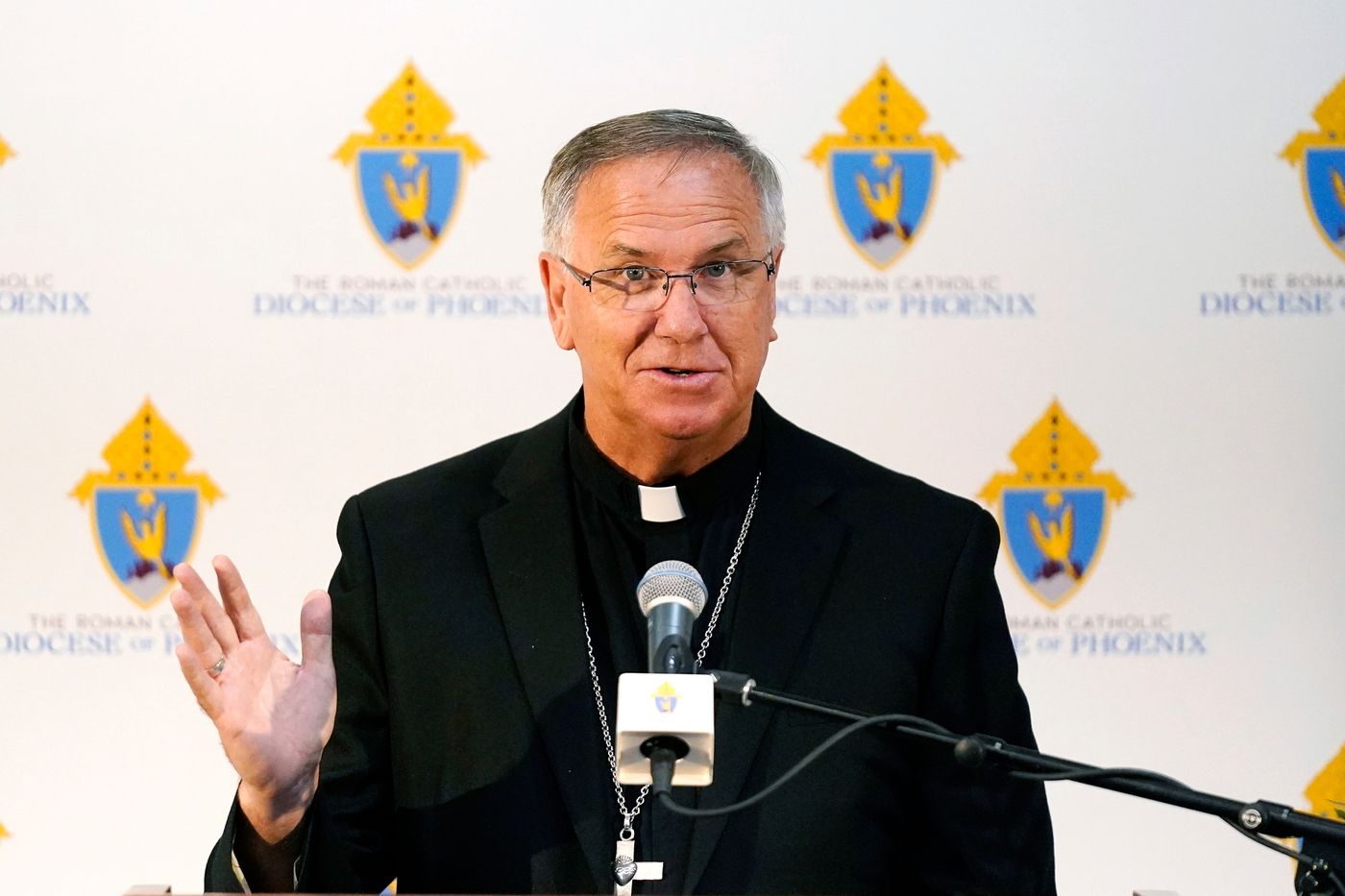 Sunday, September 4, at Saints Simon and Jude Cathedral in Phoenix (Arizona). The new bishop, Bishop John Dolan, celebrates a special mass in memory people who have committed suicide. Earlier, he called on worshipers to give him the names of their missing loved ones to be read during the event. “I thought there would be around 120. We received a thousand”says the bishop, installed in august after more than thirty years in the diocese of San Diego (California). “Since then, I have received letters every day from parishioners thanking me for organizing this mass and asking that a name be added. »

He took advantage of the gathering to announce the launch of an office intended to support – and not treat – people with psychological disorders and mental illnesses (depression, suicidal thoughts, addictions, traumas, etc.), and create dialogue circles at the within parishes for “show them that they are not forgotten”. Financed by a contribution of 1 million dollars from a local foundation, the project should officially start in January.

“The needs are endless”

“The needs are endlesscontinues Bishop Dolan. People affected by suicide, in particular, are too often afraid to talk about it. They feel stigmatized and feel a sense of shame when the phenomenon is very widespread”(read the marks). He knows it only too well: his brother, his sister and his brother-in-law killed themselves. “Nobody around me talked about itat the time », he slips. It was by collaborating with a Catholic institute dedicated to mental health that he decided to devote himself to this question.

“According to health authorities, 50% of Americans will be diagnosed with a mental illness in their lifetime. During their homilies, the priests must bear in mind that half of the parishioners in front of them will encounter such problems during their lives”, adds Ed Shoener, founder of theAssociation of Catholic Mental Health Ministersan organization that supports the development of mental health ministries through training and scholarships.

According to him, such ministries have been implemented in about forty dioceses out of nearly one hundred and fifty in the United States. In some cases, they only concern one or two parishes. In others, they are exercised in concert with the diocese. “This kind of initiative is relatively new and has developed on the periphery of the Church”, continues Ed Shoener. Deacon in Pennsylvania, he embarked on this business after the suicide, in 2016, of his daughter Katie, diagnosed with bipolar. “Our goal: to make mental health ministries as common as those for youth or prisoners. »

Church doctrine against suicide has long contributed to the silence

The Church’s doctrine against suicide has long contributed to the silence of many Catholics faced with the disappearance of a loved one or having survived an attempt to kill themselves. But, according to Bishop Dolan, attitudes are changing. Consequence of the pandemic, which has led to an increase in mental disorders and a broader debate on access to care, but also to the progress of scientific knowledge on depression and other types of psychic disorders. “In the past, priests tended to minimize these evils by telling the sick that they could be healed through spiritual work. However, thanks to technology, we know that some, suffering from neurological deficiencies, are incapable, continues the bishop. Society as a whole evolves on these issues, the Church follows. »

Ed Shoener notes that in November 2021 Pope Francis dedicated his Prayer Intention to people suffering from depression and burnout. “Our culture is starting to realize the importance of mental health care. It is up to us to bring Christ into this conversation,” he said. Outside the United States, his association has also intervened in South Africa, India, the United Kingdom and Moldova.

Mental health in the United States

44% of high school students experienced a feeling ” persistent “ sadness and despair in 2021.