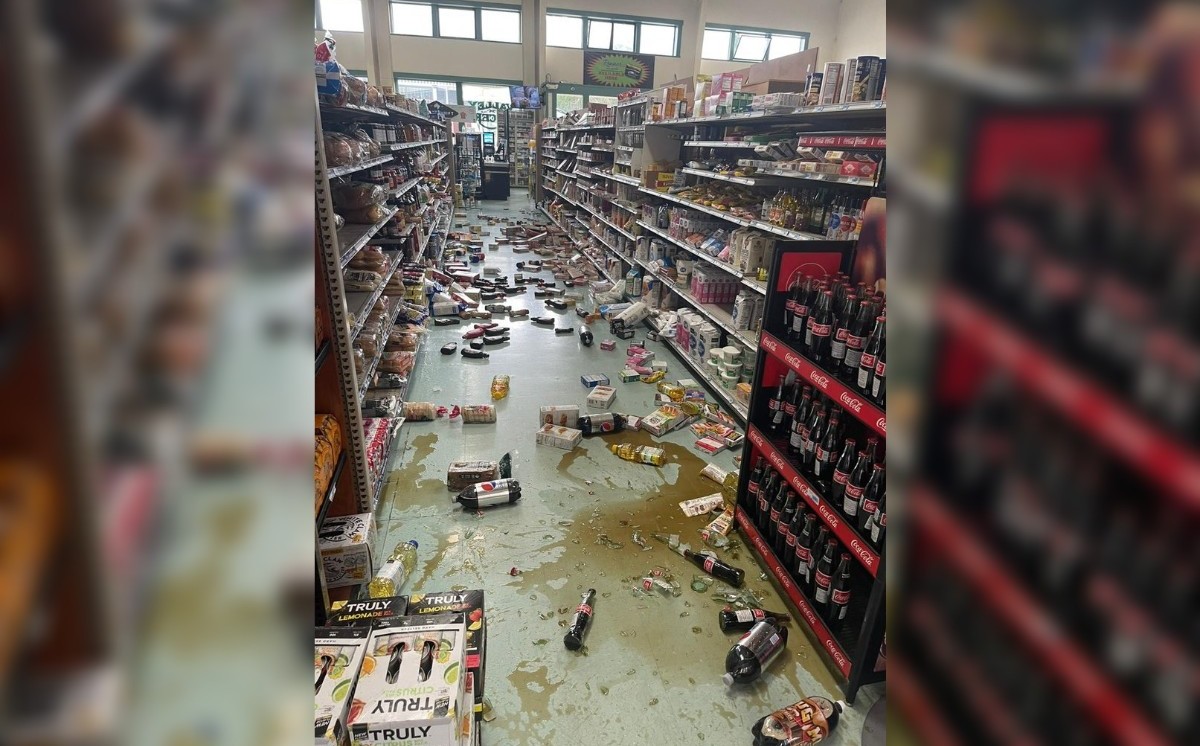 A magnitude 6.2 earthquake rocked the north coast of California on Monday, causing significant shaking but likely minimal damage in a sparsely populated area.

Twitter users shared some images showing the little damage caused by the earthquake, no person was reported injured.

1. The camera of a supermarket recorded the moment where the liquor aisle was shaken by the earthquake, throwing multiple products to the floor.

2. A house camera captures the onset of the earthquake, causing minor damage to the kitchen.

3. The kitchen of a woman ended up shaken by the earthquake, however, it did not cause serious damage to the building.

​The California Office of Emergency Services said 2,500 people were notified about the quake before the shaking started through the state’s early warning system called MyShake.

“It is important for all those in the region to remain vigilant as sizable aftershocks will occur along the northern coast over the next several days,” OES Director Mark Ghilarducci said in a statement.

See Also:  California accuses him of prohibiting sellers from offering lower prices on other sites