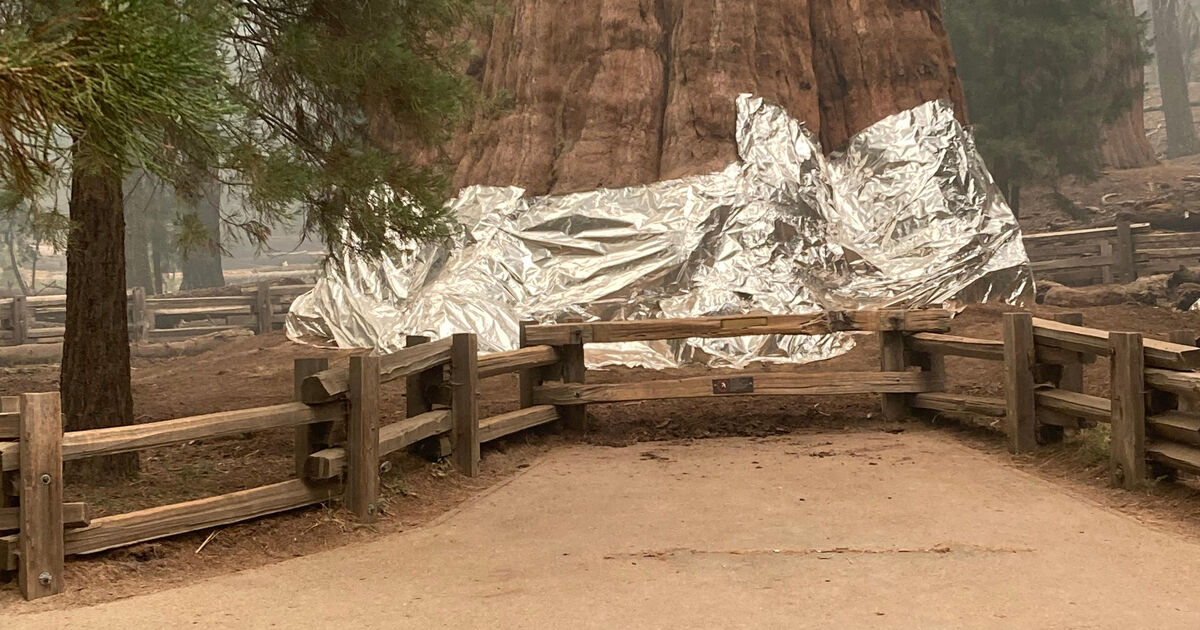 Considered the largest tree in the world, the “General Sherman” was protected by firefighters. The number and intensity of fires have multiplied throughout the western United States, with a marked lengthening of the fire season.

Rescue workers packed giant sequoias, the world’s tallest trees, in fireproof blankets to protect them forest fires ravaging California, in the grip of a chronic drought. A grove of redwoods, including the “General Sherman” and its 83 meters high, considered the most voluminous tree in the world, were visited by firefighters who rolled up the base of the trunks with aluminum foil in case the flames would threaten these ancient trees.

Some 2,000 firefighters in total are mobilized in the area of ​​Sequoia National Park, in central California, to clear brush and pre-position gear there.

“They are taking extraordinary measures to protect these trees”, said one of the park officials, Christy Brigham, quoted by the daily Mercury News. “We really want to do everything possible to protect these 2000 to 3000 year old trees”, she emphasizes.

Thousands of square kilometers of forests have already burned this year in California. The number and intensity of fires have multiplied in recent years throughout the western United States, with a marked lengthening of the fire season.

According to experts, this phenomenon is particularly linked to global warming: the increase in temperature, the increase in heat waves and the drop in precipitation in places form an ideal incendiary cocktail.

Two fires were burning Thursday near the “Giant Forest” of Sequoia Park, which is home to five of the largest trees known in the world, including the “General Sherman”, and normally attracts tens of thousands of tourists.

Low intensity fires are generally not sufficient to harm giant sequoias, adapted to these disasters with their very thick bark and their branches located high up, out of the reach of the flames.

On the contrary, these trees need fires to reproduce: the heat of the flames bursts the cones like popcorn to release hundreds of seeds.

But these giants, which only grow in the foothills of the Sierra Nevada in California, are not adapted to survive the more intense fires that have tended to break out in recent years thanks to climate change.

“In climatological terms, we are in unknown land”, worries Crystal Kolden, fire specialist at the University of California at Merced, cited by the Los Angeles Times.

In May, experts were surprised to discover a giant sequoia slowly burning, like a log in the fireplace, after being caught in a gigantic fire that had ravaged the region nine months earlier.