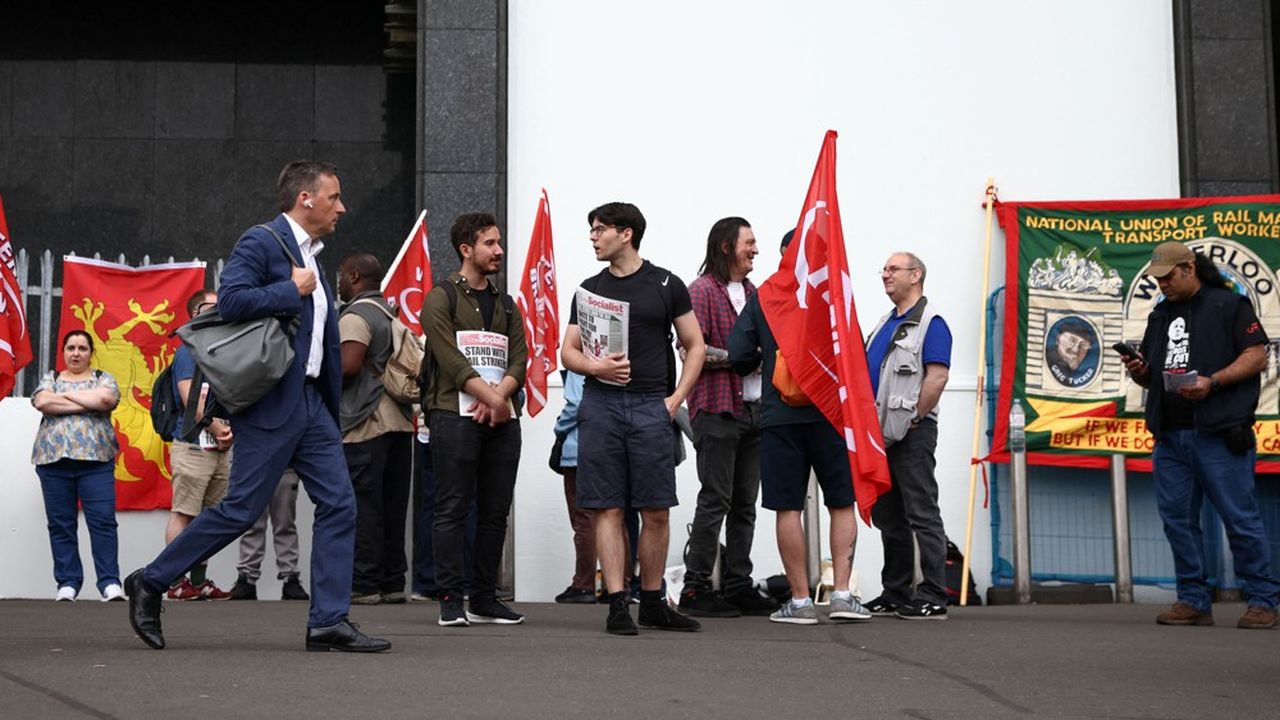 On the second day of the strike in England, the atmosphere is calm in Birmingham Central Station, almost like a day of confinement. Travelers are just more numerous than the employees of “Network Rail” responsible for directing them. Those who could worked from home, as during the Covid. At rush hour, only a few trains will leave for London, with the rest of the service virtually at a standstill.

In front of the station, seven to eight strikers have been picketing since 7 am. They chat amicably with a few travellers. “In sixteen years that I have worked for the railways, this is the first time that I have gone on strike. There is the problem of salaries, pensions, but also job protection,” explains one of them. This trade unionist at the RMT Union works at the Birmingham station ticket office. He risks losing his job in the restructuring announced in the English rail, which provides for the abolition of counters.